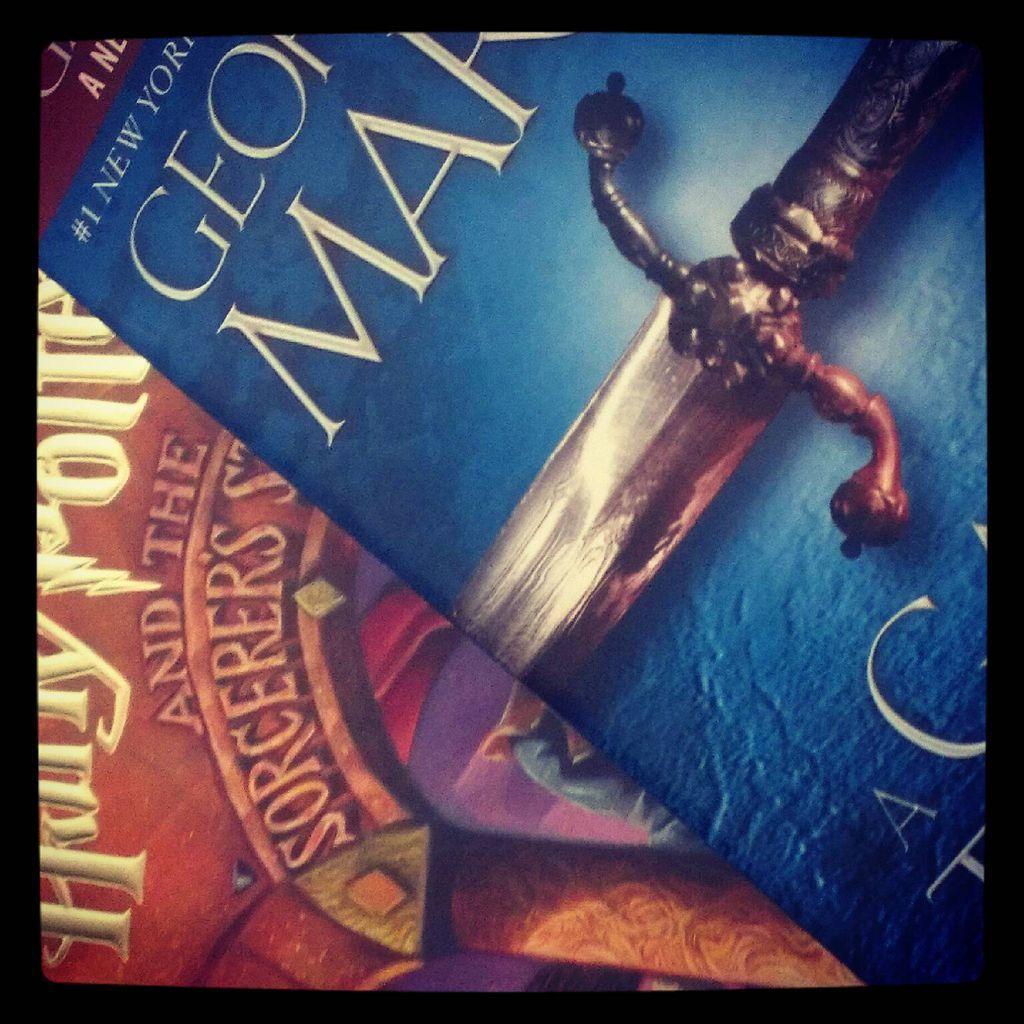 I’m a book nerd, which I’m sure you’re only mildly surprised to learn given the site you’re on, reading a post with my name on it. Part of that particular brand of nerdery, at least for me, is a love for forging—er, I mean, forcing—connections among my favorite books. 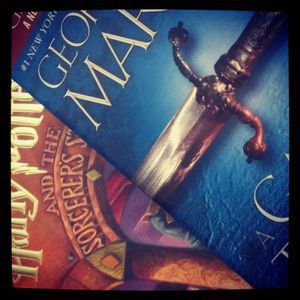 I shall force a connection between them!

I can’t even believe it took watching Game of Thrones for me to discover the series of books it’s based on, George R. R. Martin’s A Song of Ice and Fire. Usually I’m leading the obnoxious horde shouting, “The book is better!” at every television/screen/radio/stage adaptation of every work, but in this case, I was embarrassingly behind. Oh well. At least I discovered Martin’s series, because devouring these books has been the first reading experience that’s really come close to filling the Harry Potter-shaped hole in my soul now that the books and movies have all been released. And though there are few similarities, really, between the two, one that stands out as quite obvious is the use of Houses. In the Potter books, of course, this is only Hogwarts-related: your House is your family away from home, except in Harry’s sad-sack case of it being the only good family he’s really ever known, poor kid. In Martin’s series, your House is your family, and sharing their name (or a variation of it) doesn’t necessarily mean you share any of their other traits.

For example, a common mistake, I think, if anyone other than this gal *pushes glasses up* ever attempted this exercise in nerdery, would be to toss all Lannisters into Slytherin, when Tyrion is so obviously a Ravenclaw. (Not obvious to you? Disagree in the comments!) Or perhaps, because Ned is so rigidly honorable, one might assume all Starks are no-questions-asked Gryffindors, when Arya clearly toes the line between Gryffindor and Slytherin, probably making the cut the same way Harry himself did, by wishing hard enough that the Sorting Hat actually changes its mind.

Note: We’re assuming here that every Hogwarts house can contain good, not-so-good, and flat-out evil characters. Additionally, we’re assuming that every house contains smart and not-so-smart characters; after all, Crabbe and Goyle were placed in Slytherin.

(House descriptions are the ones used over at the Harry Potter wiki. Image is my own. Mild spoilers possible if you think too hard about some of these.)

Gryffindor
The Gryffindor house emphasises the traits of courage as well as “daring, nerve, and chivalry,” and thus its members are generally regarded as brave, though sometimes to the point of recklessness.  They can also be short-tempered.

Hufflepuff
Students belonging to this house are known to be hard-working, friendly, loyal, honest and rather impartial. It may be that due to their values, Hufflepuffs are not as competitive as the other houses, or are more modest about their accomplishments.

Ravenclaw
Ravenclaw House prizes learning, wisdom, wit, and intellect in its members. Thus, many Ravenclaws tend to be academically motivated and talented students.

Slytherin
Slytherins tend to be ambitious, shrewd, cunning, strong leaders, and achievement-oriented. They also have highly developed senses of self-preservation. This means that Slytherins tend to hesitate before acting, so as to weigh all possible outcomes before deciding exactly what should be done.

The comments section is open for (civil! Please don’t draw your swords or wands!) discussion and/or disagreement! If I left anyone out, since after all these books contain enough characters that this Sporcle quiz challenges you to name the Top 300, feel free to Sort them, too!

(Edited: I did, indeed, have the Clegane brothers reversed, as always. And I was convinced to move Jaqen H’ghar to Ravenclaw.)