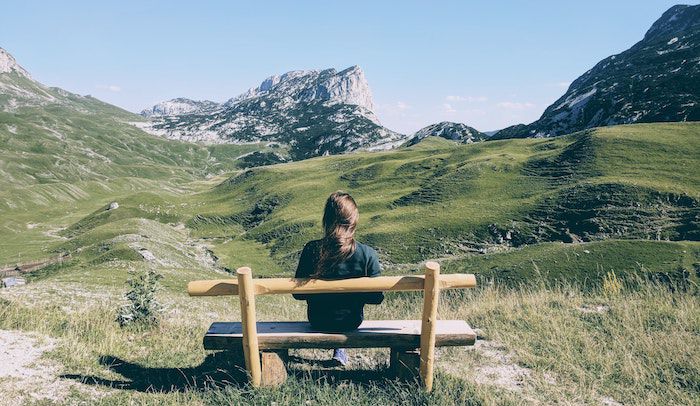 Silence is a tool that has been utilized in literature to heighten emotion, magnify suspense or drama, and let a character grow into their own being. In literary fiction, silence is often prioritized over action. Private contemplation and deliberate gaps left in pages speak louder than a thousand words ever can.

Jhumpa Lahiri’s Whereabouts is peppered with long stretches of silence. The middle-aged narrator lives a quiet life. The moments she spends with herself are much more preferable to her than the physical presence of her friends. The silences here are not marked by loneliness. They are rejuvenating and aid the narrator in living her own truth. She runs into old lovers once in a while during grocery runs and she visits her mother sometimes who brings her no comfort. Unlike her mother, she is not chained by the shackles of a joyless marriage but she probably inherits her solitude and silence from her mother. She sleeps with her lights on, orders meals for one, and on certain days struggles to get out of bed. Lahiri doesn’t make an effort to fill up the silences as they represent the urban loneliness that our narrator is inhabiting. Here, the narrator’s quietude is a meditation on having and holding herself as she is.

The Waves by Virginia Woolf is a novel where silence is weaved with the characterization of Bernard. The silence of the coffee cup and the table appeals to him. He compares himself with a ‘solitary sea-bird that opens its wings on a stake’. He wishes to sit forever in silence with inanimate objects.

In The Remains Of The Day, Kazuo Ishiguro sheds light on the regrets of the aging butler, Stevens, through all the things he doesn’t verbalize. His disillusionment and losses are better captured through everything Stevens fails to put into words for the readers. Silence weighs down his lonely existence as we see him consciously rejecting companionship and love. Everything that has been left unsaid brings into fore the reality he is living inside of. By using silence as a plot device, Ishiguro makes space for the readers to ponder on the happenings of his novel.

Arundhati Roy’s The God Of Small Things allows the readers to imbibe the tension of everything unfolding through silence. Short phrases like ‘silence slid in like a bolt’ and ‘childhood tiptoed out’ reveal more about the many lives and selves of the characters than long paragraphs. Through the white space and her intentional economy with words, Roy urges the readers to read the room and come to their own conclusions. The silence doesn’t lay down everything on the plate for the reader. Rather, the readers need to fathom the silence, not just feel it but also dissect it, to comprehend its implications. Silence in this novel not only adds more depth and definition to the characters but also becomes a device via which Roy encourages the readers’ imagination and makes them an active part of her story.

Adania Shibli’s Minor Detail, translated by Elisabeth Jaquette, combines silence and movement. A novel with minimal dialogue, Shibli talks about a silence that shapes the contours of the land and dictates the conditions of Israeli occupation in Palestine. Just like Scheherazade’s silence would have proved disastrous for her in The Arabian Nights, the silence forced upon the citizens of Palestine is destructive and venomous.

Shibli has captured the silence of history in the face of women’s oppression. She has amplified the silence surrounding the crime of the rape and murder of a young girl by Israeli soldiers by making no attempt at speaking on her behalf or giving her a voice. Instead, she pens another female character, who years later becomes obsessed with the death of the girl. The second part of this novel is a narration of one woman’s search for what exactly went down in the life of the murdered girl, that has been left undocumented by history. In the end, the readers realize that true stories are never found in history, but rather in the silence history tries to foist on us.

In literary fiction, things left unsaid don’t remain so. They take shape and form in unconventional ways, manifesting in sighs, gazes, and the like. This offers us the full picture and helps readers transcend the confines of a story. Language is often too faulty a medium to rightly portray the ridiculously messy yet supremely spectacular human condition.