In 2016, Shirley Jackson’s grandson Mile Hyman created a graphic novel for Jackson’s renowned short story “The Lottery.” Its ending is still shocking to read, and to see it in graphic novel form brings it all hauntingly to life. It’s curious to me that we don’t see more short stories adapted into graphic novels. We’ve seen it happen with novels, obviously, from the recently-published graphic novel version of Margaret Atwood’s The Handmaid’s Tale to Neil Gaiman’s The Graveyard Book. Yet, similar to adapting novels to film, there’s the challenge of what to include and what to cut. This is why a short story might be easier to adapt: “short” being the key word. Mostly, though, I’d just love to see some wildly imaginative stories come to life in a visual medium. 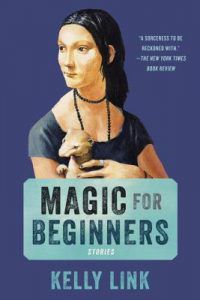 “Stone Animals” by Kelly Link, from Magic for Beginners

Not only do I think this would be a perfect horror film, it’d make a kickass graphic novel. Don’t get me wrong, it’d be tricky, but someone’s got to give it a go. “Stone Animals” is story about husband, his pregnant wife, and two kids moving into a new home. It sounds like perfect setup to your run-of-the-mill haunted house story, but it is definitely not. It’s not direct horror, but the writing and images practically drip with extreme unease. Link takes after Jackson in her ability to make the mundane terrifying, to take seemingly-harmless objects and make them foreboding and off-kilter. You will feel unbalanced after reading this story. Someone make this graphic novel happen so I can read it and then hide the book in my slow cooker, which I will then hide in my pantry, after it scares the hell out of me. 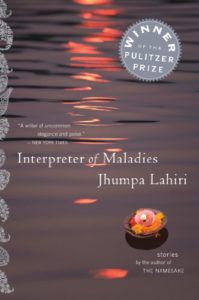 “A Temporary Matter” by Jhumpa Lahiri, from Interpreter of Maladies

This story would make a stunning graphic novel, especially with how the artist would render the use of light and dark. The story begins: “The notice informed them that it was a temporary matter; for five days their electricity would be cut off for one hour, beginning at eight p.m.” The main characters, Shoba and Shukumar, have lived in the apartment for three years. Six months prior, they experienced a terrible, tragic loss. Now, both actively find ways to avoid the other. The electricity outage throws off them off their coping routines and they eat dinner together each night by candlelight. These candlelight dinners bring about shocking revelations, and they rediscover each other in the dark. Oh, it’s a beautiful, sorrowful, heart-wrenching story. 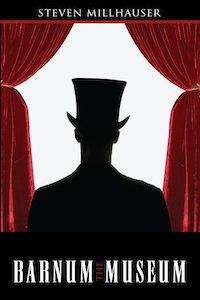 Since Millhauser’s story “Eisenhiem the Illusionist” has already been made into a film (think of it what you will, perhaps this can be a post for another time), we know Millhauser’s work can be adapted to the visual. This story is perfect for fans of the The Night Circus, or for readers who enjoy mysterious and somewhat indefinable locations of magic and illusion. It’s a longer short story, split into 25 short-short parts. It’s an overview and history of The Barnum Museum, with little vignettes of some attendee experiences. There’s a Hall of Mermaids, a whole damn forest, The Chamber of False Things, and bridges (apparently a lot of them) all sitting inside this sprawling, fantastical museum.

Every single reader of this story will have a different idea on what this museum looks like. Therefore, there should be like a dozen graphic novels on this story. OR each part can be a comic. Oh, and a different artist could draw each part! I like this idea. You’re welcome, world.

Now go forth, and adapt these lovely pieces. If you know any good graphic novels or comics adapted from short stories, or have ideas of your own, list them in them in comments!