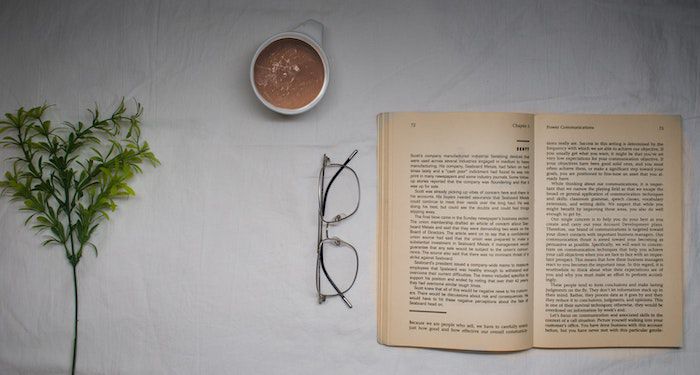 Thanks in part to Locus Magazine’s 2020 Recommended Reading List, Sharifah and I decided it was time to delve more into novelettes in a recent SFF Yeah! episode — what are they, where to read them, and then finding a few to recommend. Since the Nebula Award finalists have recently been announced (including six novelettes!), now seemed like the perfect time to share what we learned. Here, then, is your beginner’s guide to SFF novelettes.

What Is A Novelette?

The short answer is, it’s longer than a short story but shorter than a novella. To get more specific, with thanks to MasterClass:

Short stories generally have a word count of 1,000 to 7,500. That doesn’t include flash fiction, or stories of under 1,000 words. (Side note, will we ever get a flash fiction award category?)

Novellas are anywhere from 10,000 words to 40,000 words. Which, you will note, has significant overlap with the novelette rage; so who decides which is which? Apparently the awards juries, which is fine by me!

Why Do We Need These Categories Anyway

The aforementioned MasterClass piece has some opinions about it, as do others I’m sure, but I personally decided to make up my own rationale, and I’ve decided it’s awards! The more categories we have, the more writers we can recognize for their achievements, which is absolutely fine by me.

As a reader, I do also feel like there is a difference in feel, as well as in length, between short fiction and longer works like novellas and novelettes. How much I can tell if I’m reading a novelette vs. a novella, though? Variable at best.

Where Can I Read Novelettes?

The good news to that is, lots of places! For starters, Locus’s reading list has links, and many of them are available to read online (either free or paid) thanks primarily to SFF literary magazines and publishers like Tor.com. I personally am already a subscriber to FIYAH and Uncanny Magazine, so I’ve been reading novelettes without even knowing it. (Surprise!) Novelettes also sometimes appear in anthologies, and we’ve got an example of that coming.

Of course, it’s not immediately clear to the casual reader which story in a literary magazine or anthology is a novelette. Does it matter a lot? Nah — unless, of course, you are trying to read some! Which is where lists like Locus’s and awards nominations come in. Both the Hugos and the Nebulas have a category for them, and finalists and nominees announcements are great places to start.

Which brings us to…

Which Novelettes Should I Read?

All of them! Just kidding; maybe just lots of them? My love for these forms is pretty clear at this point, but let me say it for the record: I love short fiction, especially when it comes to science fiction and fantasy. Sometimes I just don’t have the emotional bandwidth for a full novel, let alone a series, and well-written short fiction can give you all the satisfaction of a longer form, in an itty bitty living space. It’s bigger on the inside! Alright, references done.

Here are the four that Sharifah and I chose to recommend; may you enjoy at least one of these, and happy adventuring on your own!

“The Transition of Osoosi“ by Ozzie M. Gartrell (Fiyah Winter ’20)

This humdinger of a novelette takes place in a future United States in which racial oppression has been further codified, and marginalized populations are officially second-class citizens. Our narrator has a plan and a computer program that could change everything — but he needs help to make it happen. When he finally makes contact with a hacktivist collective that could give him the resources he needs, he must prove himself first. This story went in a direction I absolutely didn’t see coming, and I loved every word of it.

“For He Can Creep” by Siobhan Carroll (Tor.com)

The tagline for this story is what captured Sharifah’s attention, and you can see why: “A dark fantasy about Jeoffry, a cat who fights demons, a poet, who is Jeoffry’s human confined to an insane asylum, and Satan, who schemes to end the world.” Cat narrator! Demons! Poets! A Victorian(ish) aesthetic! Highly mannered and highly entertaining, this seems like exactly what this form is for: you might not want a whole book of it, but you sure want what you get of it here.

“Omphalos” by Ted Chiang (from Exhalation)

This is a favorite for both of us, and Ted Chiang is a go-to storyteller and master of short form SFF. (You might recognize him as the author of Story Of Your Life, which became the movie Arrival.) In “Omphalos,” a devout woman starts investigating the suspicious sale of rare fossils in a museum gift shop, and is forced to reckon with questions about her faith and her world. Written in epistolary form as letters to God, it has an incredibly intimate feel to it, and the twist on this world is worthy of a Twilight Zone episode.

“If You Take My Meaning” by Charlie Jane Anders (Tor.com)

This piece blew my mind, mostly because it’s a sequel to The City in the Middle of the Night (!!!!). Why did it never occur to me that a novelette could be a sequel? You’d think I would have at least entertained the possibility; after all, I love Aliette de Bodard’s Universe of Xuya series which is thus far entirely made up of short-form fiction. Nevertheless, I was completely bowled over when I realized that “If You Take My Meaning” continued the story of City in the Middle of the Night. I was also ecstatic, because I love that book and I desperately wanted to know what would happen next. However, this leads to an interesting question: does a sequel novelette work for a reader unfamiliar with the previous text? In this case, I think the answer is no; the world is complex, the characters have complicated relationships with one another, and while this provides a tantalizing taste of the beauty of that story, I can’t imagine trying to grasp the specifics without the background of the novel. Which just means that you should immediately go read it and then come back to this novelette! I’ll wait.