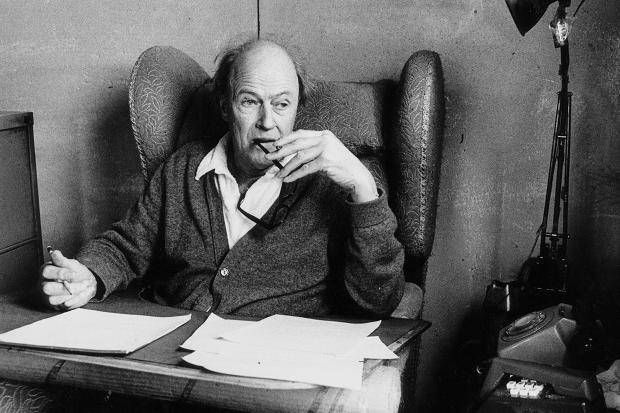 On Friday, we celebrated Roald Dahl day.  It would have been his 97th birthday, and I imagine he could have told quite a story about a man on his 97th birthday. We’ll just have to make due with the stories that he did tell.  Here’s a look at the man in his own words, some straight from the horse’s mouth and others taken from his pages.  We’ll let Hollywood handle the rest.

The Story of Dahl

From an interview on BBC Radio in the 1970s. He talks about why he wrote for children.

Another radio interview from 1990 about how he became a writer.

Dahl doesn’t make an appearance, but this episode of Read Aloud provides a very nice bit of biography.

Season 1, Episode 1 of Tales of The Unexpected, written and introduced by Roald Dahl

“The Pig” narrated by Stephen Bellamy