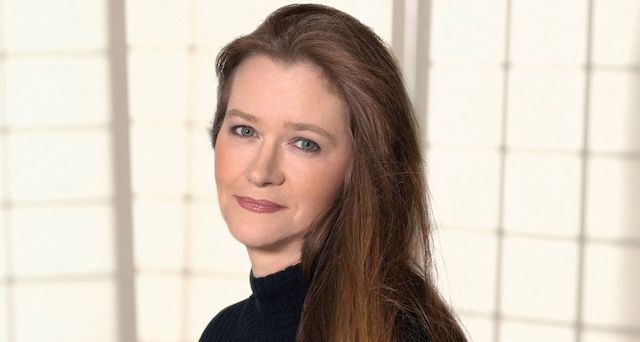 Romancelandia was shocked and saddened to hear about the recent passing of Johanna Lindsey on October 27. She was one of the pioneers in the genre starting with her first book, Captive Bride, back in 1977.  She wrote over 50 best-selling novels, spanning a variety of time periods. While not every one was a hit for me personally or even commercially, there is no denying her staying power in the genre overall.

I am sure a lot of us will be sharing our memories involving her books. She has and will continue to have an impact on that genre in the years to come. One only has to look at any of the social media mediums to see the type of impact that she has had. She helped to kindle my undying love for this genre.

Like a good number of other romance readers, my first book by her was Gentle Rogue which is the third in her ever popular Malory series. That started a lifelong love of this author. What makes this book even more special to me though is that it is also one of the ones that helped set the foundation for a sturdier bond with my sister.

My sister teased me for reading romance when we were younger. One day we were visiting family for a few days, the worst thing that can befall a book dragon happened.

She finished the book she came with and didn’t have a back up.

She asked me if I had any extra books with me. I replied, “It’s a romance, sooooo.” and she was all “Whatever. I just need something to read.”

And that, fair readers, is all she wrote. From then on, she was as hooked on romances as I was. In fact, between my dad, my sister, and myself, my original copy of Gentle Rogue was reread so much that it literally fell apart and they had to buy me a new copy. 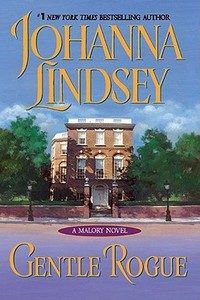 While she read the whole series multiple times over, Gentle Rogue is still her favorite in the series. I would have to say it’s mine, too, simply because it is my first, but I also love Say You Love Me holds a special place in my heart, along with the holiday themed The Present.

Now, a lot of her earlier books don’t hold up well for me now. I loved Fires of Winter as a teenager but couldn’t make it through it as an adult. The same holds true for the second in that series Hearts Aflame, although I do enjoy the third and final installment, Surrender My Love.

Also firmly in this camp is her Wyoming series. While I have read both Brave the Wild Wind and Savage Thunder, Angel is the only one that I can and have reread. In the Sherring Cross series, Love Me Forever is the only one I have read more than once, even though I owned Man of My Dreams for awhile. I only read The Pursuit one time and found it to be lacking in comparison to the second.

She also had a few wonderful solo novels which I enjoyed. A Marriage Most Scandalous was one my dad got for me for my birthday and, even though initially wasn’t interested in it, I read it. This is one of my favorites of hers.  It’s one of the last ones I remember my dad actually gifting me before he passed away years later. 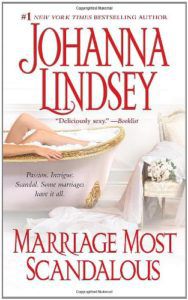 This is probably one of the sweetest books I’ve ever read by her. It’s not part of a series, the sexytimes aren’t that prevalent, and not a lot of people list this as one of their favorites. But it is one of mine and one that I regularly reread. In light of this news, I will likely do that at some point in the coming weeks.

I going to proactively mention the elephant in the room. Yes, a good chunk of her books follows the “ol’ skool” romance traps. This was the norm for romance books written at that time. And, bearing that in mind, most will give a trigger warning when recommending any book from that era.

As she was one who changed with times, this is something that wasn’t prevalent in later books. This is likely why my favorites tend to be those later ones. Even with the earlier problematic themes, she is still one of the pioneers of the genre. She earned this respect for all her contributions there. And it needs to be given.

Since I was a fan of Johanna, this one hit me especially hard. There have been a few articles and obituaries, and I’m sure there will be more in the future. This article from EW’s Maureen Lee Lenker and this one from Kelly Faircloth on Jezebel are ones that I would recommend.

I hope that others like me find comfort in their favorites of hers in the coming weeks and the outpouring of love the community has for her. RIP Johanna. Romancelandia is just a bit dimmer now without your presence.