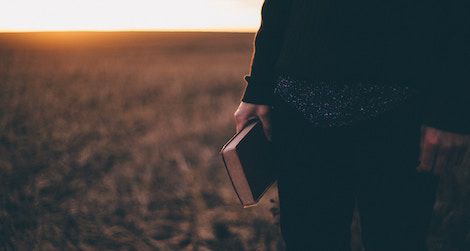 Reference books? Blech! Who wants to read the Oxford English Dictionary from cover to cover? Nobody, that’s who—except the lucky weirdo who gives it a shot. The OED is actually a fascinating read, as are the rest of these gems. That’s not to say that every reference book is a literary masterpiece. Don’t blame me if you find that some random book of worker’s comp law from 1997 is less than scintillating. All I’m saying is that you should give these reference masterpieces a shot. Read on for the best underrated reference books in your library! 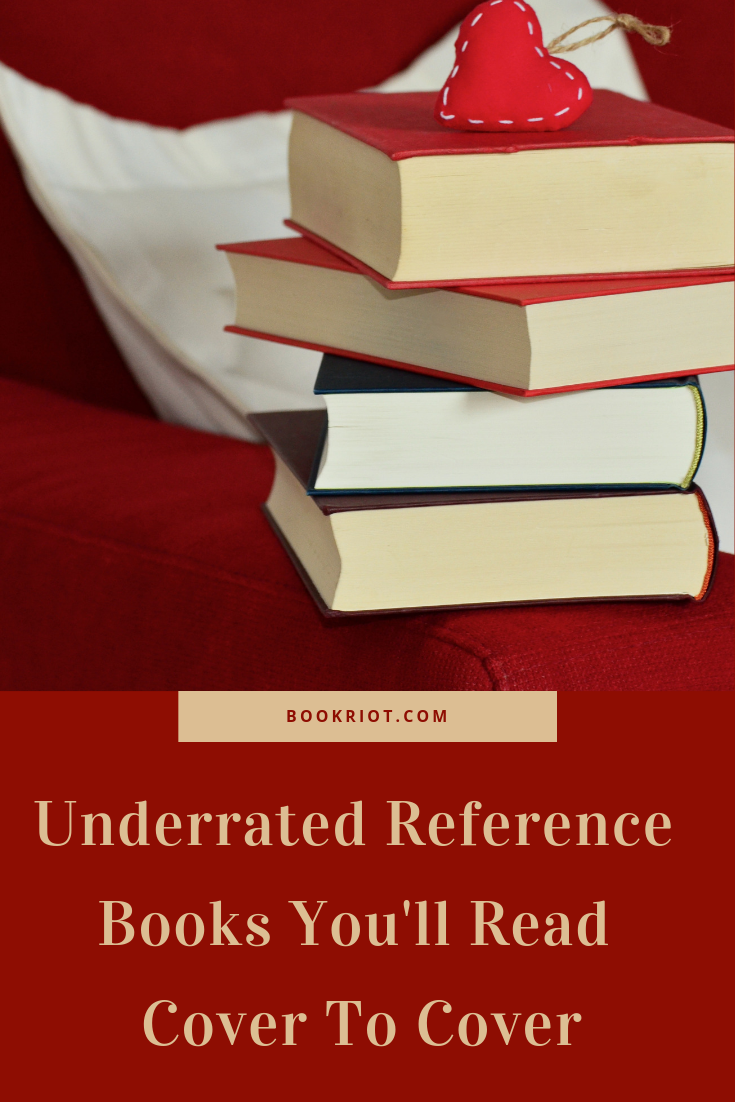 Atlas of Remote Islands: Fifty Islands I Have Never Set Foot On and Never Will by Judith Schalansky, translation by Christine Lo 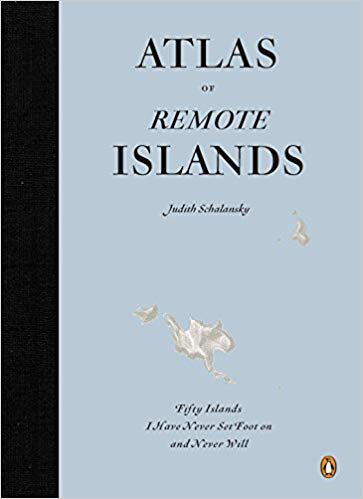 “Paradise is an island. So is Hell.” Truer words have not been written! When you start to imagine yourself getting away to a tropical paradise, grab this lovely, short book. Believe it or not, every entry describes a real place complete with its own microcosmic dramas, histories, tragedies, comedies. The gorgeous, detailed maps evoke the fantasy topographies you can find in the best post-Tolkien epics. If you happen to be writing a sordid tale of political intrigue and betrayal in a realm of magic and danger (cough, cough, ahem, excuse me) you could do worse than turn to these maps for inspiration. For what it’s worth, The Atlas Of Remote Islands is probably the shortest book on this list. 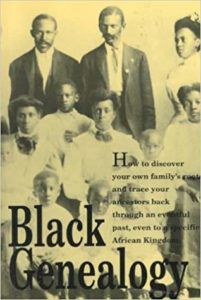 Although this book is a little dated on the genealogy front, it remains valuable for its insights on records and identity. Why do we want to know where we come from, when our birthdays are, the names and countries of our ancestors? Ask Frederick Douglass, who was haunted by his ignorance of his father’s name. Blockson not only delivers an excellent guide to challenging boots-on-the-ground genealogy, but empowers and validates the desire of African American genealogists to find out who their ancestors were and beat the forces of what he calls intellectual segregation. Blockson is a fine writer whose passion makes his subject come alive—and that’s coming from a reader who’s fallen asleep in more than one genealogy presentation. Don’t be too put off by the pre-Ancestry.com techniques. When you’re sorting through historical records, tried-and-true techniques involving legwork and actual paper can sometimes be more powerful than fancy computerized shortcuts. 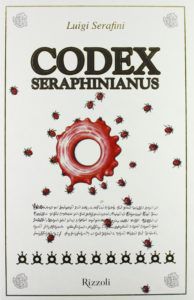 I’m not sure this really is a reference book. The diagrams suggest a twisted physics that melds biology with sociology with physics with hallucination. Oh, did I mention that Serafini wrote it in a language he invented? There’s no telling what this book is supposed to teach you, but there’s one thing it does impart to the reader: culture shock. Imagine being unable to understand the language, looking at bewildering, important-looking diagrams that could represent inventions, rules, dreams, metaphors, or something else completely. If you’ve never experienced that level of alienation, then you really need to read this reference book from cover to cover.

The Deluxe Transitive Vampire: The Ultimate Handbook of Grammar for the Innocent, the Eager, and the Doomed by Karen Elizabeth Gordon 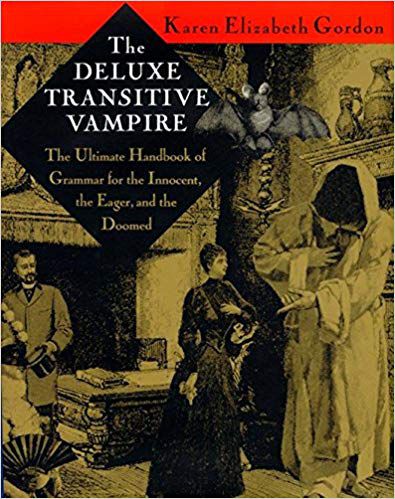 Don’t run to get this book. That’s cliche. Instead, waft on the breath of a weeping angel. Glean its riches in the twilight of your coffin. The Deluxe Transitive Vampire is a must-have for the well-written undead. Every aspiring revenant knows that proper grammar makes for a seamless predator-prey experience. Plus, at some point you’ll give an interview or write your memoir or something and then you’ll be glad you know your wheres from your wherefores.

The Dictionary of Imaginary Places, edited by Alberto Manguel 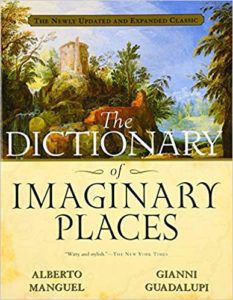 From Harry Potter to Jurassic Park to Pepperland, this is your one-stop shop for all fantasy geopolitical reference. Yes, there are maps, as well as gorgeous hand-drawn illustrations. The tone is serious because this is serious business, people. You’ll want a notebook handy for your read-through of this addictive tome, because you’ll almost definitely run into worlds you’ve never heard of. Half tour guide, this reference book is a fantastic way to discover fantasy and fantasy-adjacent literature. My only complaint is that it isn’t available in Kindle. 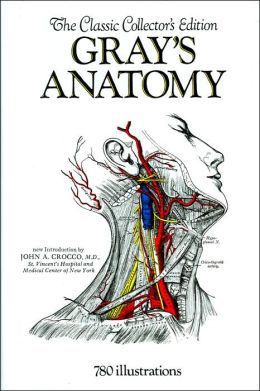 Even the squeamish will love this medical classic. Gray’s is beautifully illustrated, but older versions don’t feature the gory operation photos and painful-looking snapshots of wounds that some later textbooks do. Instead, you can enjoy the mystery and wonder of the human body from an intellectual remove. I won’t go so far as to call it accessible, but it is a foundational work. Instead of leaping right into more sophisticated medical literature, you can get the basics here. Fun, right?

Indian Treaties in the United States: An Encyclopedia and Documents Collection by Donald Fixico 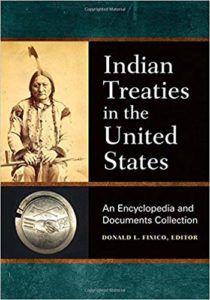 You probably know that the forcibly imposed American legal system robbed Native American nations shamefully, but have you ever seen that system in action? Probably not—but you should. This book is the record of a 100-year mass heist in twenty treaties. Starting with the 1778 Treaty of Fort Pitt, it progresses through to the 1868 Treaty with the Navajo. Throughout, Arizona State University history professor Donald Fixico provides analysis and definition of terms. Prepare to learn exactly what “guardianship” means when applied to an agreement between a powerful occupying army and the indigenous people it wants to crush. You’ll never see the words “peace and friendship” in the same way again. A quietly important book that every American should read.

Kiss, Bow, or Shake Hands: The Bestselling Guide to Doing Business in More Than 60 Countries by Terri Morrison and Wayne A. Conaway 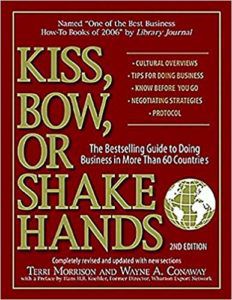 Communication is the basis of cooperation. Sometimes, that means knowing whether to arrive on time or twenty minutes late. The sheer range of culturally appropriate behavior in human society is mind-boggling and beautiful. Knowing about it can teach you some important things about the world, not to mention yourself. Did you know, for example, that Americans are unusual in that they address one another by their given names? Don’t test it! Just read the book, especially if you’re about to travel. Heck, read it anyway for a unique and interesting view on the cultural, political, and social landscape out there beyond your borders. Bonus: each country’s chapter includes a pop quiz. 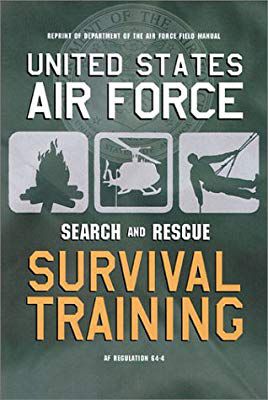 I have this book on my shelf at home. It’s reference to the core: index, diagrams, table of contents, the works. However, it’s also close to five pounds and completely impractical for the setting to which it applies. That can mean only one thing: it’s for fun! Thanks to this doorstopper, I know how to survive a wild hog attack, handle the Bubonic Plague, and react appropriately to a nuclear explosion, all while camping. Honestly, if the world ever ends, I’m sure I’ll do all of that and much more from the comfort of my pup tent.