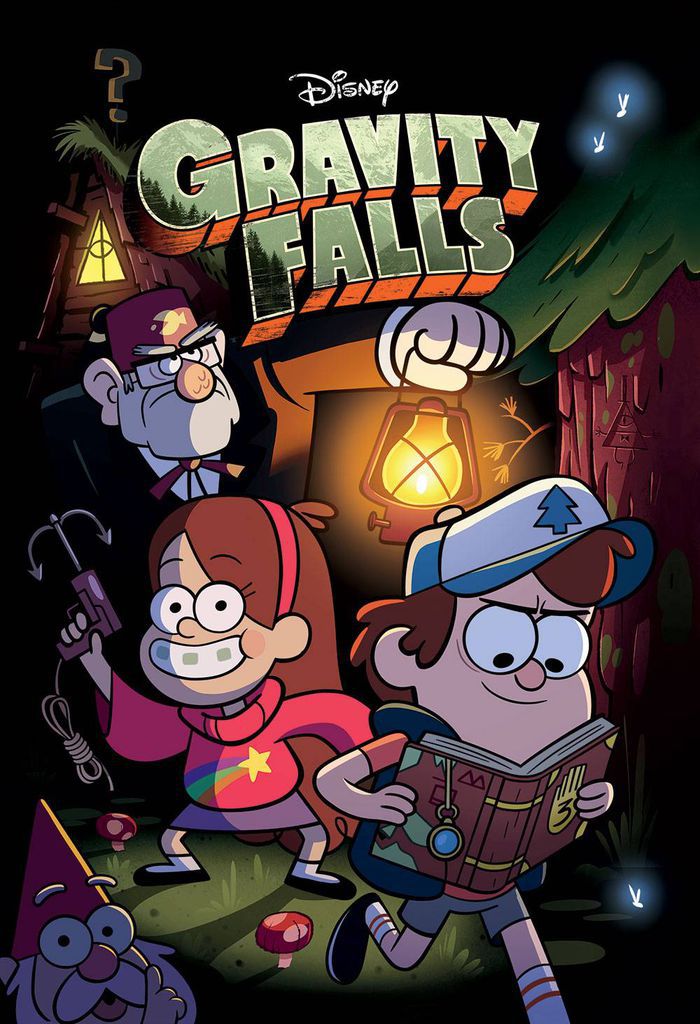 Tonight is the night — Gravity Falls is back! I can’t tell you how much I love this show. It’s spooky. It’s funny. It always finds a way to throw you for a loop with all the mysteries of the town. It has a funny little girl with a pet pig. It’s everything you could possibly want in a TV show, right?

After the big cliffhanger in March, waiting four whole months to find out what comes next has been brutal. To celebrate the return of one of the creepiest kids shows on television, here are some YA comic books spooky enough to entice Gravity Falls fans. Hopefully they can sate you for those two weeks in between each episode (and give you something to read once we finish this season).

Gotham Academy is one of my favorite things out there right now. You know all the weirdness of Gotham City, from the crazy clowns to the secret societies to actual monsters like Man-Bat and Killer Croc? Imagine you’re a teen that’s grown up in that city all your life. That’s what Gotham Academy is about. Gotham Academy is set in the city’s most prestigious boarding school and is centered around Olive and her friend Maps. They’ve stumbled upon some mysteries at the school which may or may not have to do with what happened to Olive a few months ago. Add in a secret diary from the past, hidden passageways, and more than one adult at the school clearly hiding something, and you’ve got more than enough to sate Gravity Falls fans. Did I mention Maps? Because if you like Mabel, there’s a good chance you’ll love Maps.

This series has gotten so popular that it might be redundant to say, but this is the all-ages comic book for adventure-seeking younguns. Lumberjanes is the story of the five girls of Roanoke Cabin at Miss Quinzella Thiskwin Penniquiqul Thistle Crumpet’s Camp for Hardcore Lady Types. They’re determined to collect their badges throughout the summer, but mysterious circumstances lead them on adventures they weren’t expecting. You want adventures in the woods? Check. Mystical forces? Check. Magical talking bears? Check. Adorable girls saying adorable things? Check. Adults keeping secrets while kids figure out things slowly on their own? Check. Also there’s a pet raccoon.

Inez Carrie is an investigator who won’t be intimidated. Dallas Cash is a techie who tends to look past the simple explanation. Together, they are Cash and Carrie, the finest pair of private eyes … at Danville Junior High. Their first case is the mysterious disappearance of the school’s goat mascot and nothing is as it seems. This is a very new series — the first issue only came out in May — and already the tone of the book is fun with just a hint of the eerie. Other little details, like Carrie being the captain of the wrestling team and their friend at the school paper described as a “pizza enthusiast,” and both Cash and Carrie being super proud of their roller shoes, make the book quite a treat. And like Gravity Falls, Cash & Carrie has the delightfully punny name.

While most of the other comics on this list deal with the mystical and magical, UFOlogy (as you might guess from the title) is purely in alien territory. Two teenagers in a small midwest town called Mukawgee stumble onto something extraterrestrial, tied to a disappearance from a decade ago. After the initial shock, the teens (one of which now has a glowing spiral tattoo on her face thanks to the encounter) decide to work together while the adults who lived the first event are trying to make sense of what is happening. Like Gravity Falls, the book toes the line between just eerie and genuinely unnerving, including more than one scene with melting faces. Because of that, UFOlogy might be more for older kids or teen readers.

Baba Yaba’s Assistant is a charming graphic novel about a young woman named Misha who decides to seek out Baba Yaga, the witch who lives in the woods. Most children are told that if they are naughty then Baba Yaga will snatch them up and eat them, but Misha was taught by her grandmother the ways to gain the witches respect — through cleverness. Baba Yaba’s Assistant weaves a few different threads, from Misha’s flashbacks to childhood to the beautifully intricate pages of the fairy tales her grandma used to tell to the present, where Misha must use those memories to help her succeed.

The longest running series on this list, Gunnerkrigg Court tells the tale of Antimony “Annie” Carver and her journey as a student in a walled-in city in England that happens to be surrounded by a magical woods. Like so many of the books I’m recommending, Gunnerkrigg Court has a layer of secrecy, with many adults in Annie’s life not telling her the true history of the Court and of her lineage (funny how secretive adults are a trend on this list, huh?). Besides her best friend and partner-in-crime Kat, Annie meets robots, shadow people, talking animals, fairies, and ghosts. If you’re a fan of Bill Cipher, you might enjoy Coyote, the mischief god of the forest. You might also enjoy that this series has a huge backlog at well over 50 chapters — it’s also free to read online!