You may think you know who Sherlock Holmes is. We’ve all seen at least one movie or television show or play, right? It’s nearly impossible to be unfamiliar with The Great Detective as saturated as pop culture is with Sir Arthur Conan Doyle’s most famous creation. Figuring out where to start with Conan Doyle’s stories (56!) and novellas (4!) can be daunting. Fear not, though! I’m here to help. If you’re serious about immersing yourself in the world of Holmes, I really recommend acquiring your preferred edition of The Complete Sherlock Holmes, for the sheer ease of having everything in one place. You can always buy the novellas as stand-alones and the short story collections separately if you’re not certain about your commitment to the canon. 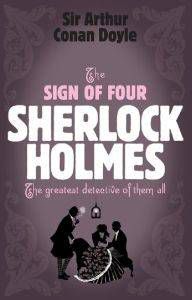 Don’t start at the beginning. Unless you really, really want to read about Watson and Holmes’ introduction to each other, I say skip A Study in Scarlet. Instead, start with The Sign of the Four (also title The Sign of Four). A Study in Scarlet is oddly structured and isn’t the most engaging read for a modern audience. The Sign of the Four, however, has all of the intrigue, Victorian exoticism (yeah, these are gonna be a wee bit racist), and brilliant deducing a lifetime of PBS and Jeremy Brett have led us to expect. 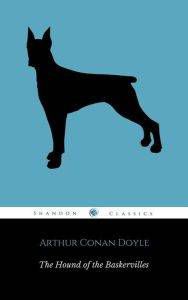 Next grab The Hound of the Baskervilles. It’s spooky. It’s cohesive. It’s Holmes’ at his finest. It also showcases really well how Conan Doyle staged most of these tales: Holmes appears absent for most of the story, only to arrive at the end and reveal his behind the scenes antics to the clients and Watson. Then a detailed backstory and explanation will unfold with the full benefit of Holmes’ delightfully condescending intelligence to reveal the who, the why, and the how of the case.

Finally feel free to skip the other two novellas – A Study in Scarlet and The Valley of Fear – and jump right into to some of the short stories. My recommendations for the most Holmesian experience would be to choose any that intrigue you, but avoid the stories that were originally published in The Case-Book of Sherlock Holmes, Conan Doyle’s last published collection of Sherlock Holmes tales. While some of these can be entertaining reads, they do not follow the same formula as the previous story collections; in fact, scholars continue to debate the authenticity of Conan Doyle’s authorship in many cases. My favorite Holmes short stories include, in no particular order, the following tales:

You should also make sure you give The Final Problem a read. It’s not my favorite Holmes story, even if it might arguably be the most famous. Moriarty, after all. I just think reading the story where Conan Doyle gets to kill off Holmes, a character he hated being known for – he believed he had more meritorious contributions to society and literature, is so wonderfully twisted. Even if he does bring him back (by popular demand or public peer pressure, depending on how you look at it) in The Adventure of the Empty House.

Prepare to be surprised by the lack of exclamations of “elementary!”, the rarity of Lestrade appearing, the even greater rarity of Mycroft showing up, and how shortly Watson actually rooms with Holmes. Also prepare to finally get all the references that all those clever producers have been sneaking into all the adaptations over the years.