Ditch the bestseller or airport thriller–why not dig a little deeper when going on holiday and find a local literary adventure to match your travels?

A few years back, I visited the bookshop Shakespeare and Company in Paris. Nestled between its ramshackle wooden shelves, you can find the occasional bed. Writers, or ‘tumbleweeds’ as they are known affectionately in the shop, are invited to come and stay amongst the books in exchange for working a few hours and writing a short autobiography – oh and you have to read a book a day! Sounds like a great deal, doesn’t it?

Originally called Le Mistral, the shop was given its current name on the 400th Anniversary of Shakespeare’s birth, following in the footsteps of the previous Shakespeare and Company, which was to be found on 12 rue de l’Odéon, but closed in 1941. This was a famous literary haunt that attracted many writers, including James Joyce, F. Scott Fitzgerald and Gertrude Stein. Hemingway was particularly enamoured of the spot and of the owner, Sylvia Beach. She allowed him to borrow books when he had scant money to pay for them.

The amazing staff could see my enthusiasm for the shop and recommended I read Hemingway’s A Moveable Feast to get further insight into its history. I am so glad I did. In it, Hemming describes the Parisian bars and cafes that he frequented, such as the Closerie des Lilas and the Brasserie Lipp; the people he associated with like Ezra Pound and Ford Maddox Ford; even an extended drinking trip with Fitzgerald. Paris is a beautiful city, but it became even more so in my eyes as I walked the same roads as so many literary luminaries. This whole other world was revealed to me. 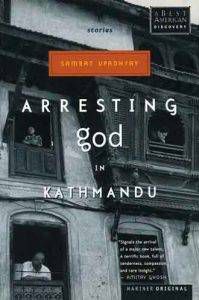 Following this experience, I decided that rather than my normal holiday sci-fi escapism or attempts to finish I’d-been-meaning-to-read-this-for-ages classics, I would seek out books by local authors who might be able to give me insights into the cultures and people of wherever I was travelling. This has led to some wonderful experiences. For example: reading Arresting God in Kathmandu by Samrat Upadhyay in a restaurant overlooking the city’s Durbar Square, trying the delicious ‘hot-hot’ momos (spicy dumplings) described in the book. 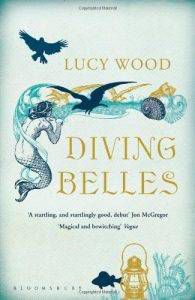 Bookshops are a great place to start when trying to discover locally-set books, or authors from the area – you may even get to meet one. On a trip to Falmouth, a bookseller suggested the work of an award-winning author, Lucy Wood’s Diving Belles (a beautiful collision of mythical and contemporary). She then shyly suggested a collection of short stories and poems published by The Parabola Project showcasing local Cornish writing, including a piece of her own – a big shout out to Felicity Notley at the Falmouth Bookseller! 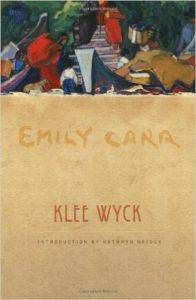 In fact, I’ve always found booksellers to be generous with their time. They are happy to share literary history and anecdotes. While buying Emily Carr’s Klee Wyck from Munro’s books in Victoria, Vancouver Island, the man behind the till cheerfully informed us that if we wanted we could pop down the road to a house haunted by Carr’s ghost. Not being overly fond of the supernatural visitations, I didn’t take him up on the offer. I spent some of my afternoon happily reading in the company of her statue instead.

Carr sits with her sketch pad on her lap, a dog by her feet and her pet monkey clambering on her shoulder. I realised as I read that this eccentric appearing artist was a woman ahead of her time. She was nuanced and sympathetic in her interactions with First Nation people and had a keen interest in their culture. She also took a dim view of her more dismissive compatriots. Originally an artist, her book beautifully evokes the island landscapes. It is an excellent companion for any journey around Vancouver and the islands off its coast.

Going on a literary adventure will really enhance your actual travel experiences.  I can’t recommend it enough. This is just a potted history of my own holiday reading experiences. It would be great to hear yours.