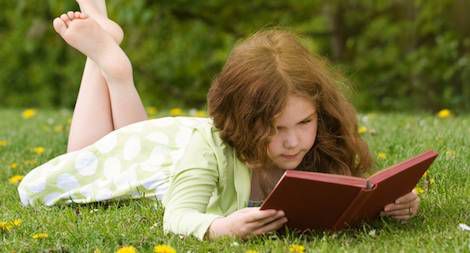 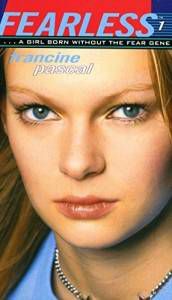 Do you remember your first heroine? The one your mind still drifts to? The one that shaped your reading habits, your interests and your love of all heroines following her? The one you’ll reread and reread no matter how dated the book becomes, no matter how different it looks to you as you age and it stays the same?

Mine was Gaia Moore of Francine Pascal’s 36-book Fearless series. Pascal’s mostly known for Sweet Valley High, and Fearless is pretty much the exact opposite of anything those kids got up to. A teenage girl trained in spycraft (including combat, marksmanship, and codebreaking) by her absentee CIA agent father, Gaia has few friends and no family. With shady people watching her every move, her pastimes include chess and walking through the park late at night so she can get into fights. Is there a slasher running around? Well, that’s fine with Gaia because she’s not scared. She’s fearless.

And one of the most teenagery teenagers to ever teenage. She’s just rolling around in angst and drama. She’s self-conscious and craves the normalcy of friends and a boyfriend and a family. She’s kind but has no idea how to show it, more likely to scowl at you than smile because she’s not sure why you’d want to talk to her anyway. Social interactions with other kids her age totally unnerve her, and in situations she’s not sure about, she can’t help but revert to the not-entirely-true disdain that naturally turns people off.

So of course I couldn’t help but love her, her social awkwardness and all.

Because Gaia was a total hero. In her way. She prowls the park because she knows bad people hang out there and hopes that them attacking her will 1) save someone else the trouble and 2) discourage said baddies from attacking someone else who’s vulnerable.

Fearless was one of the first YA titles I read with a kickass girl, and I was horrified that no one else loved her her like I did. This didn’t bother me much until it became harder and harder to get my hands on the next book in the series. By the time I discovered Fearless most of the books were published, and no matter where I looked each bookstore only kept a few in stock. Once those were gone, they were gone. Even my attempts to special order failed spectacularly.

Apparently I was the only person who loved Gaia Moore.

Later I’d go on to check reviews online. There were very few, confirming my suspicion that Gaia wasn’t as universally beloved as I imagined her to be. Even finding the books online was hard so I was forced to first hop around the series, picking up whichever book I could find, and eventually that didn’t even work because Fearless went out of print.

When I wasn’t reading Meg Cabot (I read a lot of Meg Cabot), I was looking for other girls like Gaia. I wanted all the girls with secret (or maybe not so secret) combat skills, who relished in a fight and wanted to protect people as much as stay far, far away from them. I wanted the girls who had no idea how to talk to anyone and often said the wrong things. And of course, I wanted shadowy conspiracies surrounding them. I found a lot of stories and a lot of girls like this, but I still thought about Gaia, whose story I never got to finish.

In 2005 a spin-off series was released. Fearless FBI followed Gaia to Quantico, Virginia, where she trained to put her fearlessness to practical use as an FBI agent. Though I had no idea what had happened in about 30 of the 36 books beforehand (I eventually got the gist), I read all four of FBI‘s books (a massively disappointing number considering how many came before) rapidly just in case they also became unattainable.

I must have started reading Fearless in grade school, if not middle school. Now twenty-three and out of college, I’m using my Kindle to revisit Gaia’s greatness (thank god for ebooks), and despite some wonky formatting, it’s just like I remember – even better, actually.

Do you remember your first heroine? Who was she and what was she like? And please, please say you got to finish her story.