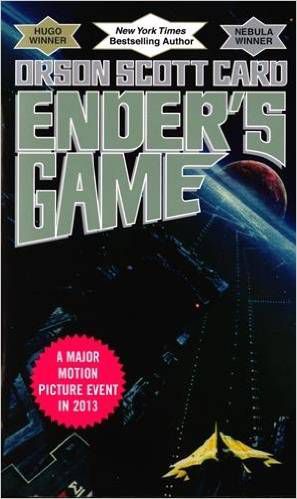 The X-Men movies are perhaps the cinematic franchise that best reflect the experience of reading the comics on which they’re based. The timeline confusion, the continuity issues, the soap opera drama, the paint-by-numbers but somehow compelling storytelling are all hallmarks of a Marvel comic with an X in the title.

While X-Men: Apocalypse has received a relatively chilly reception from critics and fans, I found that I enjoyed the movie quite a bit, despite its flaws. Apocalypse has always been my favorite X-Men villain and the 1980s X-Men is what I consider “my era” of the team. But after the film, what’s next? What’s Apocalypse’s deal and what might have happened if he won? Here are a few comics you will want to check out to answer some of those questions.

The Fall of the Mutants was a loose crossover between the three X-titles of the mid-80s – Uncanny X-Men, X-Factor and New Mutants – that was focused more on common themes then a common story. The Mutant Registration act, the fear and hate of mutants, and the dissolution of the X-teams sat at the heart of the vent. But each book had a unique storyline, with only very small hints at the other stories. It’s the blueprint for an event that places characters first. The core team of X-Men – including Wolverine, Storm, Colossus, Psylocke, Dazzler and Havok – are fighting a losing battle in a Dallas high-rise against The Adversary, a mystical being who can only be defeated by the ultimate sacrifice. The New Mutants are tasked with helping their friend Bird-Brain and his fellow Ani-Mates escape the clutches of the Ani-Mator.

But of interest to movie goers is the arc from X-Factor #24–26 in which the original line up of X-Men – Cyclops, Jean Grey, Beast, Angel and Iceman – face off against Apocalypse. This story is one of the inspiration points for X-Men: Apocalypse, as it sets out a significant portion of Apocalypse’s backstory and establishes the Four Horsemen as Apocalypse’s minions. Louise Simonson’s penchant for melodrama is heightened during these issues as the team fights to save Manhattan, while also struggling with their turbulent emotions. Walt Simonson’s pencils lend the definitive looks for Apocalypse and Archangel, while also allowing for his distinctive design work. The Fall of the Mutants is a staging ground for big changes for the three X-Books and has some of the most standout moments in X-Men history. Storm’s confrontation with Forge, the death of Doug Ramsey and the birth of Archangel are all well remembered decades later.

While unfortunately not collected into a convenient single volume or series of trade paperbacks, the Australian Outback era of the X-Men is one of the best remembered and another direct source of inspiration for the latest film. In the wake of The Fall of the Mutants, Storm, Wolverine, Rogue, Dazzler, Colossus, Psylocke, Longshot, Havok and Maddelyne Pryor find refuge in a deserted Outback town. Believed dead by the world at large, and granted “invisibility” to technological means of observation, this group of X-Men operate in secret, defending the world and helping to save mutants from those would harm them. This era includes a depowered Storm, a Rogue who is battling for control of her body with the consciousness of Carol Danvers, Havok falling in love with Madde – his brother’s former wife and a clone of his brother’s true love, Jean Grey; it’s a quirky era. Uncanny X-Men #244 is a particularly great issue where Dazzler takes Storm, Rogue/Carol & Psylocke to a Los Angeles Mall for a post-crossover event stress relieving shopping trip. This issue introduced Jubilee to the world. Fans aching for the Mall action that was promised but not delivered on in X-Men: Apocalypse will want to check this one out. The final issue of this era, with the iconic image of Wolverine crucified on a giant X, depicts the first meeting between Jubilee and the irascible Logan and sets the tone for the 90s X-Men comics to come.

This crossover event, which can be viewed as the last hurrah of the 90s X-Men, pulls together various plot threads that had been dropped over the previous decade of stories and turns them into Apocalypse’s final chess game against our merry mutants. The pieces are in place, and he’s capturing the pawns he needs – twelve powerful mutants – whose combined powers will allow Apocalypse to reach beyond Earth and out to the stars. To that end Apocalypse has recruited Wolverine to serve as the Horseman of Death and a group Skrulls to be his lackeys. Many of the characters seen in the film appear throughout the story and many elements – especially Apocalypse transferring his mind into another and the idea of his outward appearance being a shell – are pulled straight from these issues. The second volume sees our heroes scattered across alternate timelines as they strive to put back together the reality Apocalypse has broken. There’s a spotlight on Cable throughout which will serve as a nice primer to readers before his supposed appearance in the next Deadpool film.

Perhaps the best known Apocalypse story, Age of Apocalypse is one of my favorite event comics. For four months in 1995, the entire X-Men publishing line changed. When Charles Xavier is killed in the past (Oh, time travel), it causes a chain reaction that changes the X-Men’s present. With no X-Men to stand against him, Apocalypse laid waste to the world and instituted his particular brand of survival of the fittest. This alternate timeline features Magneto as the leader of the resistance to Apocalypse’s reign. Cyclops and Havok are loyal policemen in Mr. Sinister’s thrall. In all, it’s a darker, more treacherous world in which find versions of the X-Men. This event is sprawling, occupying some 30 individual issues, but it’s relatively well orchestrated and it doesn’t feel as event-like as modern comics. This was a status quo change that was embraced fully. Even though you know it’s going to be reversed eventually, how the various teams survive this peri-Apocalyptic wasteland is more interesting than just the final battle. There’s a story thread throughout that you can follow: resistance, change, characters becoming the heroes we know they are. Rogue rises to prominence during this event as co-leader of Magneto’s team, and many lower tier X-Men get a chance to shine. Even Gambit is likable in this one. It also served as a proving ground for comic artists, as some names still creating today – the Kubert Brothers, Chris Bachalo, just to name a few – were part of the line-up on this event.

It can be a bit of a daunting read, especially as newer material – to celebrate the 10th and 20th anniversaries of the story – has increased the page count. But these recent rereleases of the trades are arranged so as to be as clear as possible. The alternate designs, the new relationships, the plays on older relationships are really interesting. When I think about the X-Men this tends to be the book that I still talk about. Amongst fans there’s even a belief that AoA – as it is often abbreviated – is the ultimate X-Men story, in every sense of the world. Both one of the best things the line achieved, as well as being the last “good” X-Men story. A heavily revised version of this story was wade into the “Beyond Good and Evil” story arc in the 1990s X-Men cartoon.