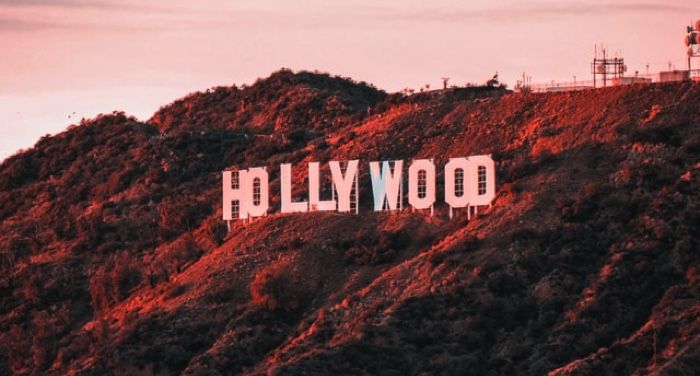 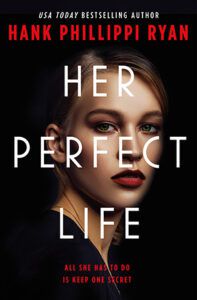 Beloved television reporter Lily Atwood has it all—fame, fortune, Emmys, an adorable seven-year-old daughter, and the hashtag her loving fans created: #PerfectLily. To keep it, all she has to do is protect one life-changing secret. Her own. Lily has an anonymous source who feeds her story tips—but suddenly, the source begins telling Lily inside information about her own life. Now she’s terrified someone is determined to destroy her world—and with it, everyone and everything she holds dear. How much will she risk to keep her perfect life? 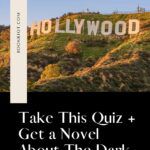 Deep down we all know that we only get to see a glimpse of celebrities’ lives, and even then it might not be an accurate representation of the person they really are. Like it or not, as humans we’re drawn in by the glitz and the glamour of fame (or notoriety) and love to read stories about A-listers, whether they’re actors, singers, novelists, or Nobel Prize–winning scientists. But as much as we love to read about the benefits of being a celebrity, it’s equally entertaining to read about the “dark side.”

Fun fact, during college I had the privilege of having a summer internship at E! Online, where I wrote for their blind item gossip column. Let’s just say this little bright-eyed college junior from Iowa got a nice awakening to the real lives of celebrities or even just to life in the City of Angels.

Today I’m going to help you make your TBR list even longer. All you gotta do is answer a few questions about your reading preferences and what entices you about Hollyweird (or what doesn’t, for that matter) and you’ll get a recommendation for a book that explores the price of fame or at least pulls back the curtain a little bit. We’ve got a good mix of nonfiction and fiction here, and even a mix of industries, because as mentioned before, not everything is sunshine and roses for our thought leaders and greatest thinkers either.

Can’t get enough of the gossip and hot news? Here’s a chance to see what other results you could have gotten:

I’m the One That I Want by Margaret Cho

We all know Margaret Cho as the outspoken standup comedian. And if you’ve been a fan of hers for any period of time, you know that she is very open about how comedy has saved her life. In her memoir, Cho talks about her spiral into depression, drug addiction, and alcoholism after the cancellation of her sitcom in 1995, as well as her experiences with racism within her industry and being typecast as the obedient Asian daughter.

Ruben and Zach are 2/4 of the biggest boyband in the world. Every night they give their fans an epic show; meanwhile, the band is unraveling behind the scenes. Ruben and Zach have always been close, but during the European leg of their world tour, their friendship begins to become something more. Terrified about how the fans (and the world) might react to two members of the top music group dating, they are pressured to keep their relationship under wraps by their management.

In this written adaptation of her one-woman show, Fisher takes us into her life and her experience growing up in a home with celebrity parents and the sudden onset of fame when she won the little role of Princess Leia. Fisher frankly discusses her time in mental institutions for her manic depression, her experience as a single mom in Hollywood, and how she battled addiction on and off set.

Play It As It Lays by Joan Didion

Spanning from Hollywood to Las Vegas via the Mojave Desert, this book follows a former model and actress who finds herself in the middle of a mental breakdown. Having been in the game for a while, Maria is more than well aware of the game you have to play to stay relevant. And she’s not having it anymore. She’s burnt out and feeling completely empty. Fair warning: this book doesn’t leave you with the warm and fuzzies. It’s absolutely a stark look into the mind of someone falling into dysthymia and the apathy that overwhelms them.

What You Don’t Know About Charlie Outlaw by Leah Stewart

Charlie learns firsthand the consequences of not sticking to the script. After one horrible interview, he loses the support of his fans and his girlfriend, finding himself forced to head off to an unnamed tropical island while the dust settles back home. Shortly after his arrival on the island, things go horribly wrong and he is kidnapped and held hostage. Back home, his now ex, Josie, is scheming ways to resurrect her career after she “peaked” on a TV show with a cult following nearly 20 years prior.

Dayna Anderson is an actress building her career. She’s, well, maybe semi-famous, but not famous enough to pay the bills and help her parents with their financial trouble. Desperate, she sees an opportunity to make some cash when she witnesses a hit-and-run and decides to go after the $15k reward money and hunt down the perpetrator herself. Little does she know, this isn’t an isolated incident and she’s now hunting down a dangerous assassin on a crime spree across Los Angeles.

Evelyn Hugo is an aging former Hollywood “It Girl.” She is well known for keeping her life private and away from the public eye, becoming almost a recluse inside her own home. That’s why the world is shocked when she agrees to a “tell-all book” about her life. Evelyn’s got the details all nailed down, agreeing to talk to one and only person: a newbie journalist named Monique. As time passes and more of her story is told, Monique is fascinated by Evelyn’s actual story and the reasons for her seven husbands.

Getting a little deeper here and covering the price of fame from within the literary industry. Taipei is autobiographical and helps to outline the feelings of loneliness experienced while Lin was on his book tour. Although he is highly popular in the literary circles he frequents, the isolation from friends and family begins to eat away at him and he finds himself self-medicating with drugs just to get by. It’s another bleak look at the desire we have to connect with others.

This debut novel is a character study of a woman slowly unraveling. The unnamed narrator is recently separated from her husband after their in vitro fertilization attempt failed. Horribly lonely and depressed, she looks for anything to take her mind off of herself. She lands on her new neighbors: a famous actress, her screenwriter husband, and their seemingly perfect children. As she anchors herself to this family, she becomes more and more obsessed with their lives.

Joss Moody is a renowned jazz musician and his death has a wide effect on those closest to him. His death also brings the revelation that he was a trans man. Instead of reacting with grief and loss, some people feel betrayed and disgusted by this reveal. Overnight, Joss’s many musical achievements and the fact that he was an amazing role model and father seem to disappear. People ask questions like “how didn’t journalists figure it out?” “How could he lie to all his fans?” I love how this book takes a cold hard look at how we view celebrities, and how we often feel entitled to information about their personal lives.