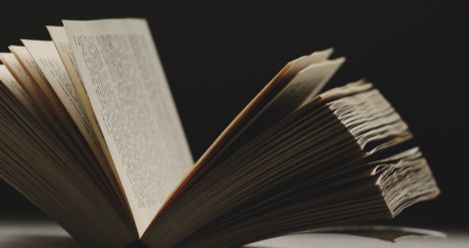 Based on some of my more recent articles, I’ve freely painted myself as a curmudgeonly old soul, hobbling around as I wave a fist in the air and shout: “GET OFF MY LAWN (AND GIVE ME THAT BOOK BACK). GO PESTER A LIBRARIAN!” I suppose it’s true, in the sense that I am a very possessive reader; if anyone’s going to crack the spine on a book I paid full price for, it’s going to be me. If anyone’s going to be culpable for water damage, it’s me. If anyone’s going to lose it, lend it, or just give it away, never to be seen again— yep, that’s a me thing too.

Surely, I can’t be the only one who’s like this. My people are out there somewhere, stewing as someone informs them “I’m borrowing this!” whilst they hold The Book Of M aloft, or go picking through the meat of your shelves like vultures in reverse. Or maybe, just maybe, they’re politely deflecting someone’s offer to “read this book, I loved it! Seriously. Here, take my copy.”

No, really. The offer to lend me your book—or someone else’s book, if you figure they won’t mind a little extra “sharing-is-caring”—is very sweet, of that there is no question. But as the wise Gene Belcher once said: “First of all: I love it. Second of all: no.”

Rest assured, my gentle refusal to take your book is not yet another nuanced layer of my rampant book snobbery (but you would be forgiven for thinking so). It just makes me feel…squirmy.

It’s not that I won’t take care of your books, because I would. But I just feel weird about reading something that’s not mine. I don’t know why this is a thing, but it is, especially when it’s suggested that I borrow a book that’s already been twice (or thrice, or more) removed from its rightful owner, who probably wants their book back, but is too polite to inquire after it, and has no idea that after Becky read it, she gave it to Carol, who gave it to Lucy, who spilled wine on it, then gave it back to Becky to deal with. Becky, without a hint of remorse, returned it and didn’t mention the sour-scented spatter between pages 100 and 101.

I don’t want to be any of the people in that hypothetical line-up. There’s also a good chance, that with a TBR as long as mine (over 300 books), I won’t get to anything new for quite some time. I don’t want your book to sit on my shelf or end-table, gathering dust while I pass over it in favour of yet another reread of Trick, or the Riot Recommendations I stocked up on after reading such glowing praise (truth be told: this website is why my TBR is a mess, and I love every single second of it).

Also (and this is where my book snobbery comes in), chances are, if you’re handing me something I won’t normally read, like Ayn Rand, insisting I “give it a chance,” I won’t. I very much appreciated my friend’s love for Andy Weir’s Artemis, but that is not the same thing as appreciating the book myself. I love that he thought it was great, but it’s just not something I’d pick up, even if it was on sale. Different reading tastes are what make the world go ‘round; I happen to enjoy urban fantasy and paranormal romance, and I share that with my cousins to a point. I’ll read about pretty much anything, but my younger cousin has drawn a firm line between herself and anything involving vampires. I could probably recommend an entire list of vampy fiction to get her to like those creatures of the undead, or plead my case as to why she should just give Anita Blake: Vampire Hunter a try, but I’m not going to annoy her into it. We each respect the other’s taste in fiction, and that’s good enough.

There’s also the worry that something may happen to your book. I know, it’s life and stuff happens, but I’d feel like crap if my one-eyed cat suddenly and ferociously developed a taste for your book in particular (the only time he’s interested in books is when he can knock them out of my hands for attention, because the universe, obviously, revolves around his whims. But what if he decides your book looks like a tasty treat?)…or if I put it down in one of my thriving piles and somehow lost it to the weight of the stacks…or…there’s just tons of stuff that could happen, and if it’s a book I bought myself, then fine, but I don’t want that responsibility attached to something someone else worked hard for. But then, it’s the same for articles of clothing, bits of jewellery, or movies; just don’t lend me stuff, it makes me uncomfortable.

I think what it boils down to is that I prefer to curate my books, based on my own tastes, without imposing yet another arbitrary deadline upon myself to read something that a well-meaning friend or relative tried to foist upon me. There’s also the very unlikely chance of something catastrophic befalling your book, and I don’t want to take the chance. “No” happens to be a complete sentence, and it’s one I deploy often.

I will gladly accept your help when we run up against an inaccessible doorway or a flight of stairs; I will happily buy a book you’ve gushed over, if I don’t think it’s going to be a miss with me—but please stop trying to lend me your books, because the answer is and will always be “no thank you.”