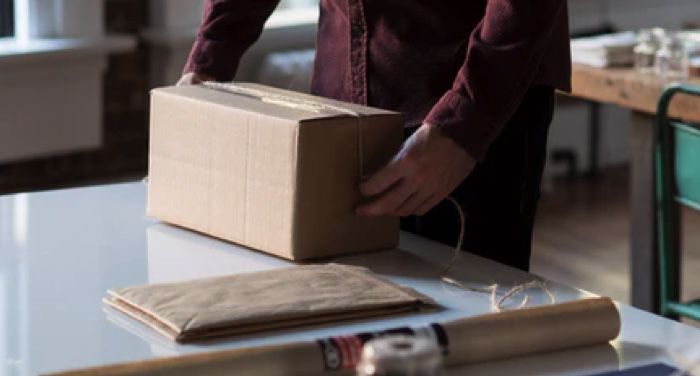 In light of recent hurtful comments made by J.K. Rowling, we felt the need to make OwlCrate’s thoughts known. First and foremost, we want our transgender community to know that we love you, we support you and we want OwlCrate and OwlCrate Jr to be a welcoming space for you.

Starting at the end of August, OwlCrate Jr will no longer include licensed Harry Potter merchandise in our boxes… After that, we have no plans for HP items for the rest of the year. We will be making monthly donations to The Trevor Project for the months of June, July and August. We are also discussing ways we can continually support the transgender community moving forward.

OwlCrate was made inside of the Harry Potter fandom, as the name suggests, and has always included a lot of Harry Potter merchandise and fan-made goods. They kept to their word, though, and in the last year, they featured lots of bookish goodies and new titles in their boxes, but no HP merch.

It came as a surprise, then, when OwlCrate posted on Instagram August 10th that although they took a “break” from promoting Harry Potter, they’ve decided to begin including HP items in their boxes again.

They explain that after a lot of thinking, they have decided they cannot leave the series behind: “I’ve spent the past year thinking about my own relationship with these books and this fandom, and have ultimately decided that it’s too much a part of me to let it go.”

Of course, this doesn’t acknowledge that there is a long, long way between “I have decided to still enjoy this series despite the author” and “I have decided to actively promote this author’s work,” especially when promoting Harry Potter leads to JK Rowling making more money off of it.

Rowling’s transphobia is not something that can be divorced from her work. It is precisely because of Harry Potter’s social capital and Rowling’s large platform that her comments are so dangerous. The same month that Rowling went public with her transphobia, a Republican lawmaker quoted her as reasoning for blocking an LGBTQ bill. Her diatribes against trans people have empowered more transphobic commentary online and off, especially in the UK.

OwlCrate’s decision is one that bolsters JK Rowling’s credibility and audience by promoting her work. The top comment on the Instagram post, at the time of writing, reads in part, “If you can’t personally cut HP out of your life, that’s fine, but do it privately where things aren’t going directly impact those of us who ARE queer and trans. To us you are saying you put HP and JKR above and beyond any queer and/or trans person. And that is just not okay to me.”

That same comment expresses that they have their own personal attachment to Harry Potter, including that the books helped them to realize their own queerness. As someone who was very active in the fandom when the books were coming out — I also attended two different conventions years later and made a lot of friends through the fandom — I echo this sentiment. I discovered I was queer through Harry Potter fanfiction and started dating my first girlfriend because of it. I found (my corner of) the fandom to be incredibly queer-accepting — one of the most queer-friendly spaces I’d ever been in.

But that’s exactly why JK Rowling’s transphobia is so hurtful. While fans built an accepting, progressive space together, we discovered the foundation was rotting. While the series always had flaws — including its fatphobia, overwhelming whiteness and racism, and antisemitism — the author deciding to use her platform primarily to endanger one of the most vulnerable groups in society is on another level. It’s targeted and deliberate.

Other comments on Instagram and Twitter reacting to OwlCrate’s statement echo this disappointment, with many people expressing that they will be cancelling their subscription.

The truth is, whatever positive associations we as readers might have had with Harry Potter, its connotations have changed. Once synonymous with book lovers and childhood, it’s become a dogwhistle for transphobia. Harry Potter mentions in Twitter bios or a Gryffindor flag hanging on a wall now signal that this space is not trans-friendly, regardless of intention.

Fans and former fans can mourn this, but that doesn’t change it. No matter the reasoning, including Harry Potter merchandise in a subscription box is a signal that the fandom is more important than actual trans people. I can only hope that OwlCrate reverses their reversal.