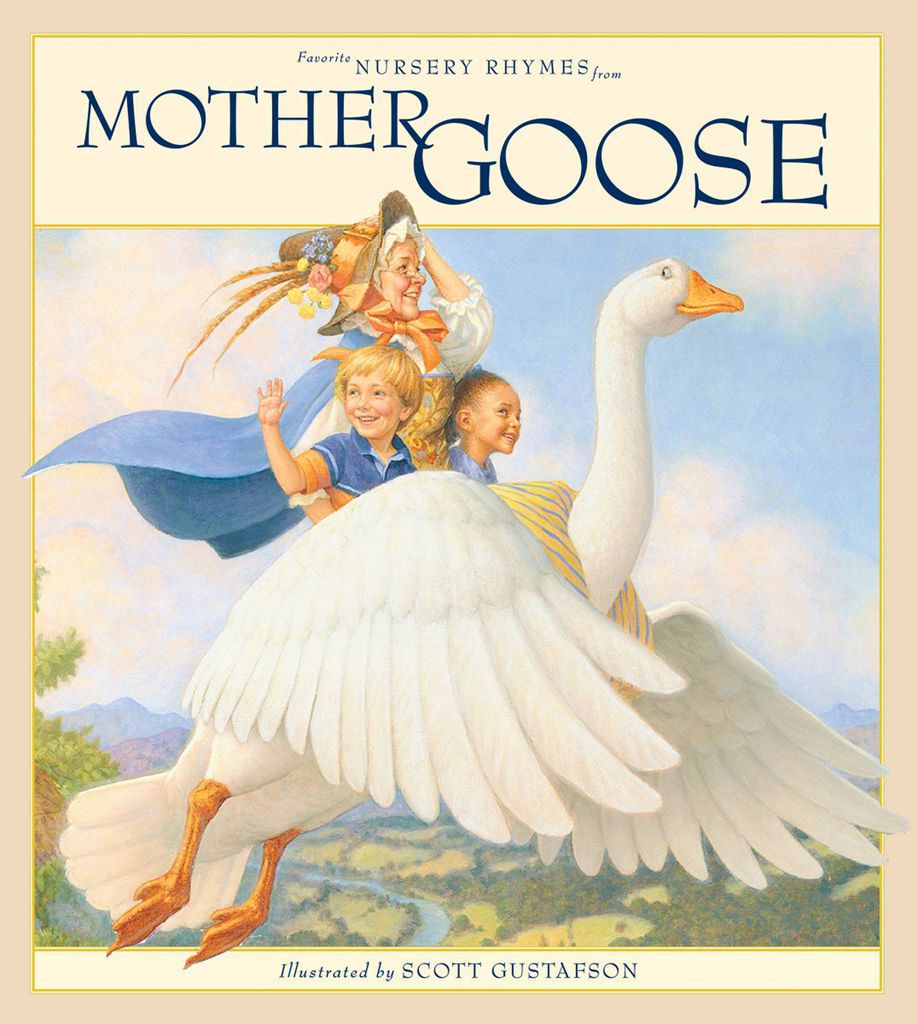 This is a guest post from Evangeline Lilly. Evangeline is a writer and actress, most well-known for her roles in the Lost TV show and the movies of The Hobbit. Follow her on Twitter @EvangelineLilly. 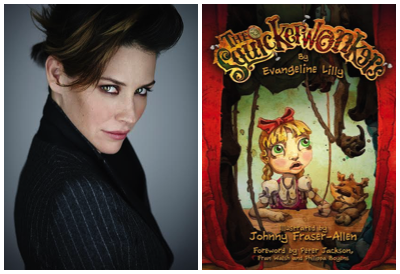 I am a big lover of the somewhat lost tradition of nursery rhymes, and when I look around me I see that, today, perhaps more than ever, we just might be in need of them.

Children need absurdity in their lives because life is absurd, it doesn’t make sense, it is strange and unpredictable. I think, in our very sensible modern parenting and our very sensible modern stories, we might be giving children the mistaken idea that the universe and all creatures in it behave predictably, and so, when something doesn’t fit their mold of predictability, the child (young or grown) has no way of processing that information.

Nursery rhymes teach us to delight at the unpredictable, laugh in the face of absurdity (even our own) and enjoy the mess that is life and humanity, in all of its colours, strangeness and tragedy.

So, in honour of this fading tradition that I hold in such high esteem, I want to highlight some of my favourite nursery rhyme books that I think of as “must reads” for kids of all ages and all generations.

Talking about nursery rhymes without first offering up the classic Mother Goose’s Book of Nursery Rhymes (late 1700’s) would be sacrilege. Though most of us know, remember, and love these tales, how many of us have thought to bring them out and read them to our young children? Does your son or daughter know the story of Solomon Grundy, Georgy Porgy, Diddle-Diddle Dumpling, or Old King Cole?

Then there are the wonderful Dennis Lee and Roald Dahl from my childhood (1980s), with their books of nursery rhymes: Jelly Belly and Revolting Rhymes (respectively).

Mr. Lee combined the homeliness and tradition of Mother Goose with a modern design and illustrative style in creating his entirely original book of nursery rhymes, appealing to my grotesque sensibility as a little girl, as well as my wholesome sense of wonder. 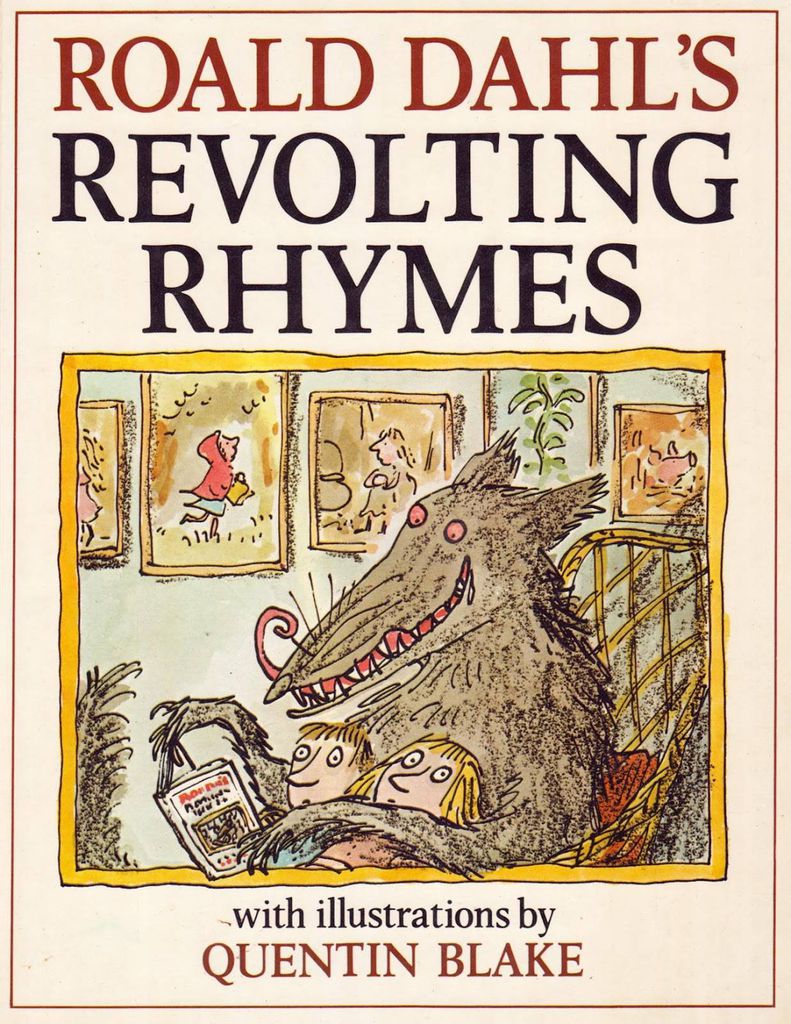 Dahl, on the other hand, overtly took old, well-known fairy tales and overhauled them, in true nursery rhyme fashion, towards the obscene and absurd, to deliver new and modern “morals to the story”…such as, ‘don’t be lured in by princes or fancy girls’ and ‘bathe everyday’. In his uproarious, laugh-out-loud recreations, we witness Cinderella’s sisters being beheaded, Jack’s mother being eaten by the Giant, and Little Red Riding Hood shooting the little pig in the house made of brick! (I know! I love it!) 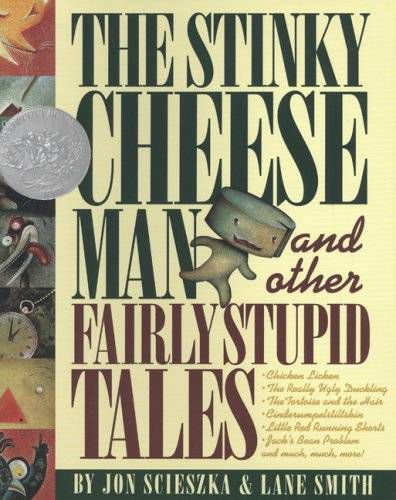 In a way, a good nursery rhyme is a good spoof on life. Recently (1990s) Jon Scieszka partnered with illustrator Lane Smith to, like Dahl, bring back some of the old fairy tales, but with a slant to the dark humour usually reserved for nursery rhymes, in their publication The Stinky Cheeze Man and Other Fairly
Stupid Tales. While these fairly stupid tales can not technically be classified as nursery rhymes (they do not rhyme), the book is so cleverly crafted to put the strangeness of fairy tales and story telling under a miscroscope, that I thought it deserved a nod in this list. And while the book is hilarious and clever, the award winning illustrative work by Lane Smith sets this book heads and tails above your run-of-the-mill kid’s storybook. 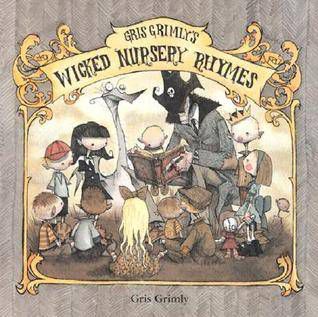 And, that brings us to today. Who is the nursery master of our time now, or has the art been abandoned altogether? I should say not. Shinning bright, Gris Grimly has arisen, a black star in a mountain of fluffy, white clouds. Mr. Grimly’s Wicked Nursery Rhymes, Volumes 1, 2 (and upcoming 3) are deliciously dark and horribly grotesque while being illustrated so beautifully as to enchant even the most skeptical purist in the crowd. He reminds me over and again in his wicked poems how rhyme can bring levity to the saddest story, how bounding along a path of perfectly laid out words can make you giggle at anything in life, and even at death.