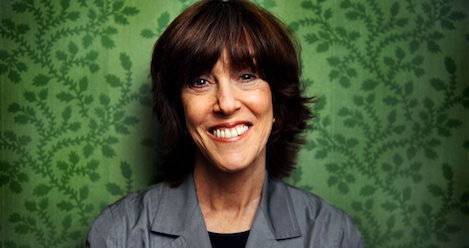 A few weeks ago, on Mother’s Day, I read a beautiful essay in the New Yorker titled “My Friends’ Moms,” by Rivka Galchen. In the piece, Galchen reflects on the mothers of her childhood friends that made a particular impact on her growing up and whose lessons she still uses today. She concludes: “There are mothers…and then there are moms: the mothers of other people in our lives…I think about these moms of mine every third day or so. And very occasionally I think even of the moms like this who I didn’t know, and don’t know, and then I have a sense, briefly, of the world as almost supernaturally cluttered, and good.”

I have lots of moms, too. Mostly I have one great mother, but my life is full to brimming with women who have shaped me. Because of them, I know to always twist the curling iron away from my face, and that the older you get the less you should use powder. I know to sip Diet Coke to ease a stomachache, and I know that the only cure for period cramps is to be cranky for a while. I know the stretches to do after a long run, I know how to roast vegetables in olive oil, and I know the things that boyfriends never do if they really love you.

But when I read Galchen’s piece, I wasn’t just thinking about my litany of real-life moms. I was thinking about my literary moms, too: women whose words stick with me just as much, who have contributed to the way I write the way my other moms have to the way I live. Women whose ranks I want, more than anything, to join: people like Joan Didion and Rebecca Solnit, but first and foremost and most of all, Nora Ephron.

I’ve written about my feelings for Nora Ephron’s work before, but that was before I read her novel Heartburn, published in 1983. The book follows Rachel Samstat, a cookbook writer who is seven months pregnant with her second child when her husband tells her he’s in love with somebody else. The story follows Rachel from Washington, D.C. to New York City and back again as she reevaluates love and marriage, and the difference between who she is and who she thought she might become. Like most of Ephron’s books, Heartburn was probably intended to be read by women older than me. But reading it was like storing away something your mom says for later use, It’s an intimate, desperately funny story, the heartbreak of Ephron’s own life layered beneath her signature wit. (Ephron, when later asked if her husband was angry with her for using their marriage as novel fodder, replied “What did he think was going to happen?”)

I consider Ephron one of my literary moms because she is one of those writers who always makes me feel a little better about the scary things – growing up, moving out, the giant faceless blur that is my future. In her novels and essays, even deep sadness is always a little silly, a little ridiculous. You just have to laugh. When Galchen expressed her vision of a maternal world, “supernaturally cluttered and good,” I thought immediately of Ephron’s world. It’s When Harry Met Sally, but it’s also Heartburn: sometimes sparkly and safe, sometimes not so much, but always with a soft place to land.

What made the experience of reading Heartburn even better was that despite the classically mom-y aspects – the pregnant protagonist, the recipes woven into the narrative, the wry observations about adulthood – Rachel’s development is largely that of a woman trying to decide who she is without other people. She spends so many years being insecure in her relationships, her career, and her city, that her ultimate decision to start over feels like a much-needed coming of age. It was comforting to me to know that Rachel could “find herself” at 38, and that Ephron could find herself into her fifties. That lesson, too, I could store away for when I need it.

In one of my favorite passages from the book, Rachel’s doctor asks her if she believes in love. It triggers a flurry of contradictory thought that concludes with this: “Sometimes I believe that love is essential, and sometimes I believe that the only reason love is essential is that otherwise you spend all your time looking for it.” Rachel then turns back to her doctor and tells him yes, she believes in love.

This passage, like several others in Heartburn, rings with authenticity, as if they were Ephron’s thoughts that simply needed to be put in Rachel’s head before they could be expressed. What’s so wonderful about Ephron is that she was never afraid to be totally candid with her readers. Her pain, her embarrassment, it was all was fair game, because it wasn’t just hers. It could be someone else’s, too; and that’s worth it.

Rachel believes in a lot of things, not just love. She also believes in eating mashed potatoes when you’re blue, and, refreshingly, in self-preservation. And she believes, just like your moms told you, that despite everything, it will all be okay in the end.