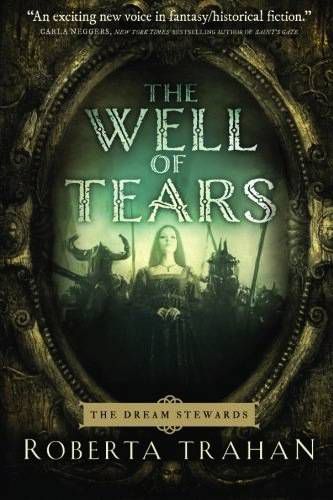 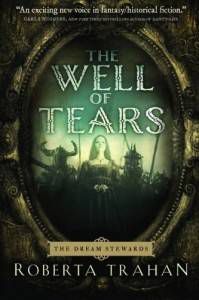 This Riot Recommendation is sponsored by The Well of Tears by Robert Trahan.

More than five centuries after Camelot, a new king heralded by prophecy has appeared. As one of the last sorceresses of a dying order sworn to protect the new ruler at all costs, Alwen must answer a summons she thought she might never receive.

Bound by oath, Alwen returns to Fane Gramarye, the ancient bastion of magic standing against the rise of evil. For alongside the prophecy of the benevolent king, a darker foretelling envisions the land overrun by a demonic army and cast into ruin.

Alwen has barely set foot in her homeland when she realizes traitors lurk within the Stewardry, threatening to destroy it. To thwart the corruption and preserve her order, Alwen must draw upon power she never knew she possessed and prepare to sacrifice everything she holds dear—even herself. If she fails, the prophecy of peace will be banished, and darkness will rule.

This book is set more than 500 years after Camelot, so last week, we asked you to recommend your other favorite books that present new takes on old stories. Here’s a collection of your suggestions from Facebook, Twitter, and on-site comments. Great variety here, from books inspired by Jane Austen, to books inspired by Shakespeare, to modern fairytale stories. Enjoy!

Godslayer and Banewreaker by Jacqueline Carey

The Once and Future King by T.H. White

The Uncoupling by Meg Wolitzer

Song of Achilles by Madeline Miller

The Flight of Gemma Hardy by Margot Livesey

The Crimson Thread by Suzanne Weyn

Here on Earth by Alice Hoffman

This Vacant Paradise by Victoria Patterson

That Hideous Strength by C.S. Lewis