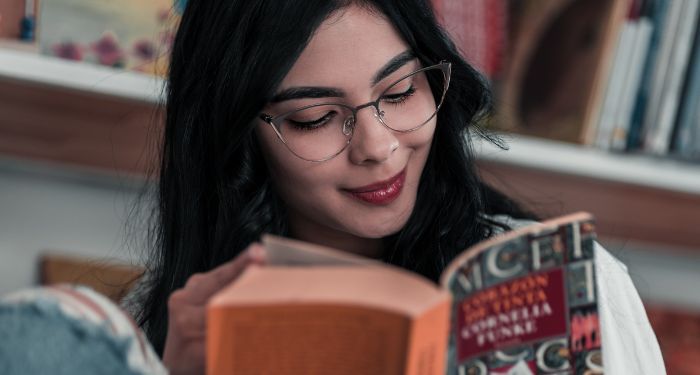 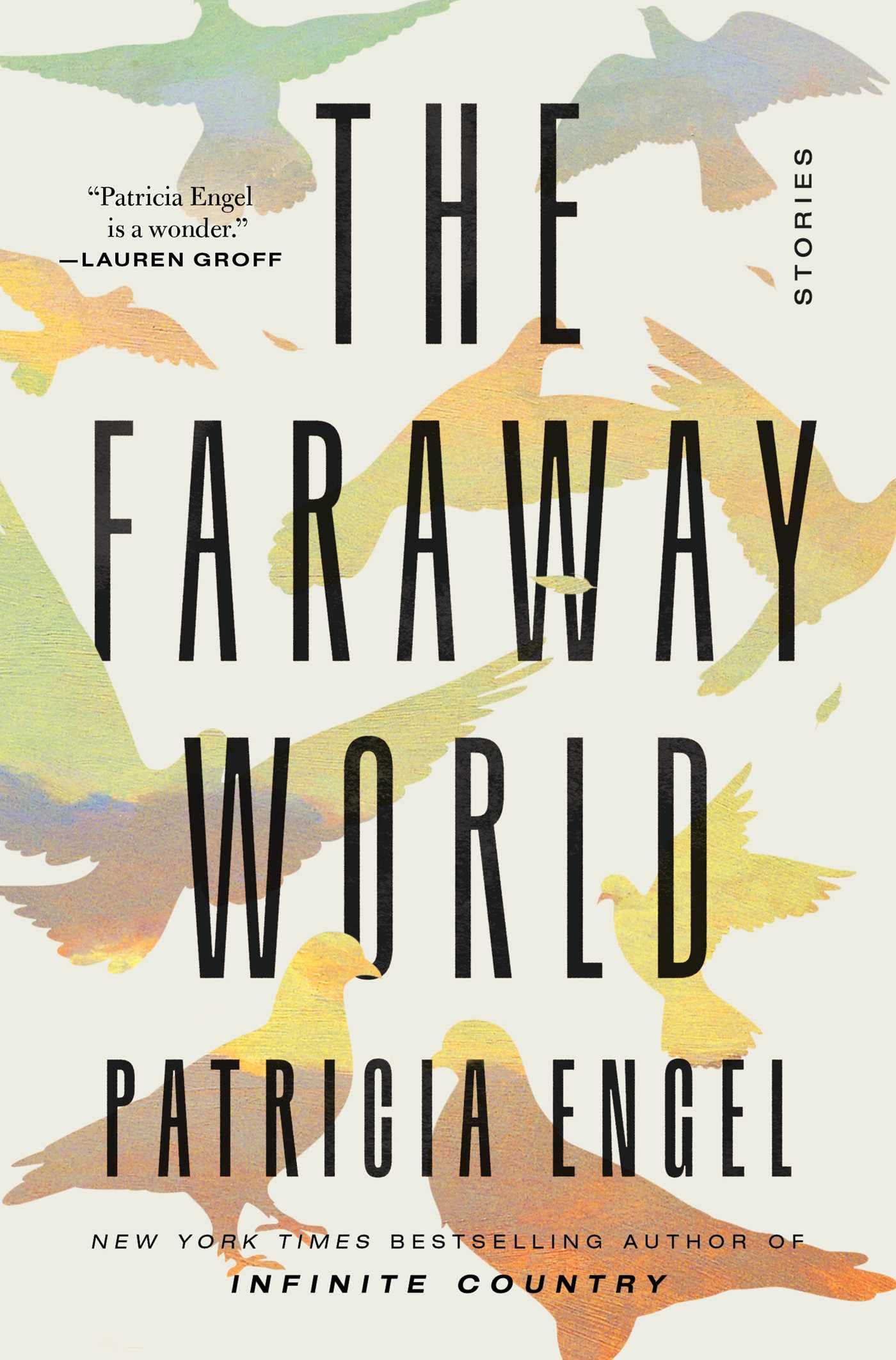 From Patricia Engel, whose novel Infinite Country was a New York Times bestseller and a Reese’s Book Club pick, comes an exquisite collection of 10 haunting, award-winning short stories set across the Americas and linked by themes of migration, sacrifice, and moral compromise.

Two Colombian expats meet as strangers on the rainy streets of New York City, both burdened with traumatic pasts. In Cuba, a woman discovers her deceased brother’s bones have been stolen, and the love of her life returns from Ecuador for a one-night visit. A cash-strapped couple hustles in Miami, to life-altering ends.

The Faraway World is a collection of arresting stories from “a gifted storyteller whose writing shines even in the darkest corners” (The Washington Post). Intimate and panoramic, these stories bring to life the liminality of regret, the vibrancy of community, and the epic deeds and quiet moments of love.

Reasons to read it: This collection of stories follows its Latine characters from the most humdrum times of their lives to the most peculiar. With flowing, beautiful language, Engel shows us a gritty reality, but mixes in doses of dark humor and empathy. 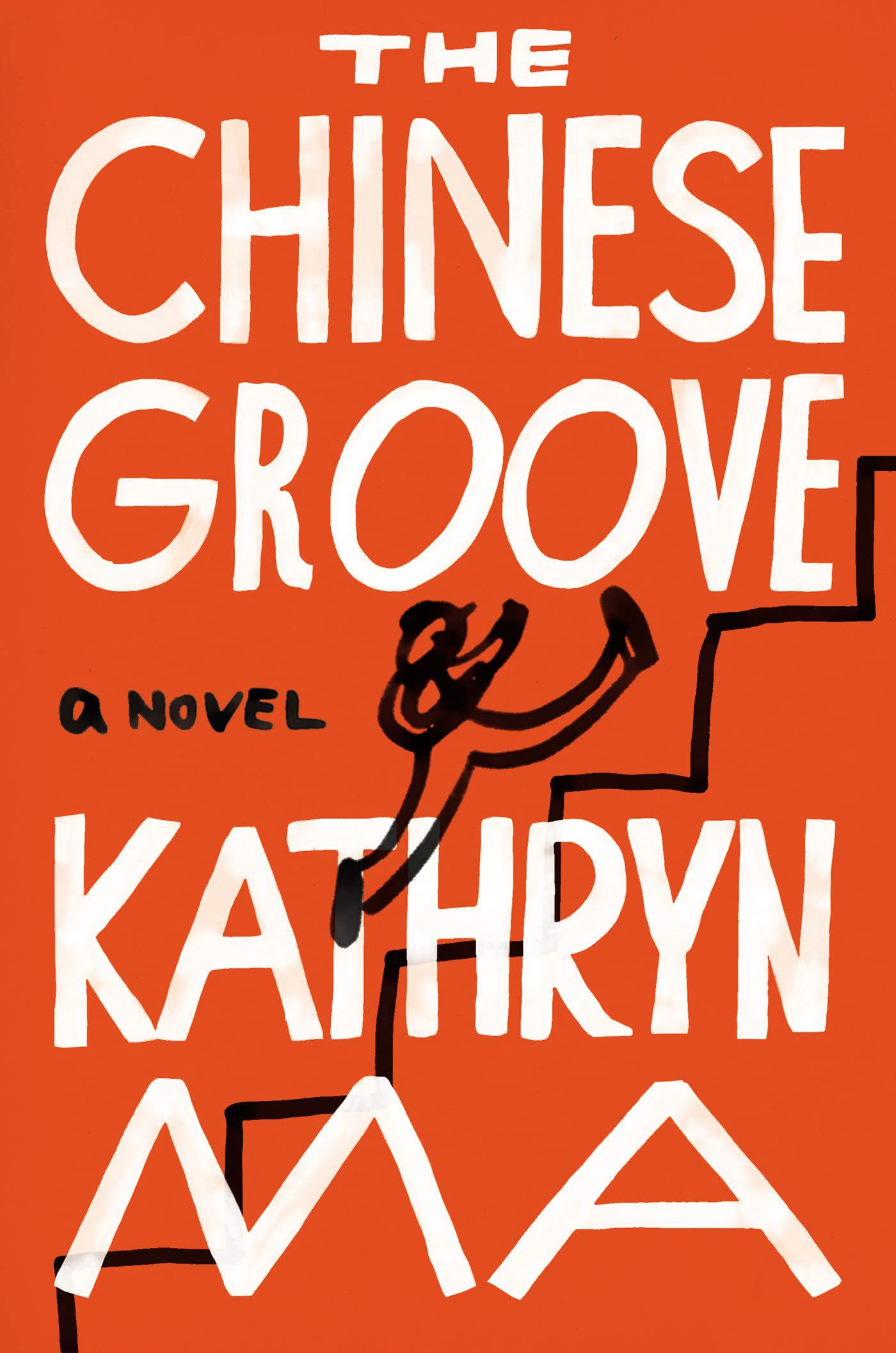 The Chinese Groove by Kathryn Ma

Anne Tyler meets Jade Chang in this buoyant, good-hearted, and sharply written novel about a blithely optimistic immigrant with big dreams, dire prospects, and a fractured extended family in need of his help — even if they don’t know it yet.

Eighteen-year-old Shelley, born into a much-despised branch of the Zheng family in Yunnan Province and living in the shadow of his widowed father’s grief, dreams of bigger things. Buoyed by an exuberant heart and his cousin Deng’s tall tales about the United States, Shelley heads to San Francisco to claim his destiny, confident that any hurdles will be easily overcome by the awesome powers of the “Chinese groove,” a belief in the unspoken bonds between countrymen that transcend time and borders.

Upon arrival, Shelley is dismayed to find that his “rich uncle” is in fact his unemployed second cousin once removed and that the grand guest room he’d envisioned is but a scratchy sofa. The indefinite stay he’d planned for? That has a firm two-week expiration date. Even worse, the loving family he hoped would embrace him is in shambles, shattered by a senseless tragedy that has cleaved the family in two. They want nothing to do with this youthful bounder who’s barged into their lives. Ever the optimist, Shelley concocts a plan to resuscitate his American dream by insinuating himself into the family. And, who knows, maybe he’ll even manage to bring them back together in the process.

Reasons to read it: This hopeful tale is led by an even more hopeful protagonist — one whose boundless optimism is refreshing. As he learns of his new American community, so, too, are readers shown the realities of the experience of a Chinese immigrant in the states. Under the story’s levity are the issues of grief, trauma, and family, all of which Ma guides us through with great sympathy, and, sometimes, with unexpected results. 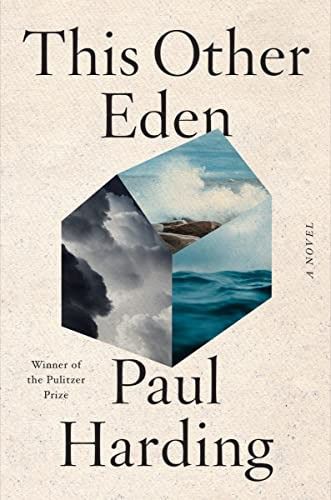 This Other Eden by Paul Harding

From the Pulitzer Prize–winning author of Tinkers, a novel inspired by the true story of Malaga Island, an isolated island off the coast of Maine that became one of the first racially integrated towns in the Northeast.

In 1792, formerly enslaved Benjamin Honey and his Irish wife, Patience, discover an island where they can make a life together. Over a century later, the Honeys’ descendants and a diverse group of neighbors are desperately poor, isolated, and often hungry, but nevertheless protected from the hostility awaiting them on the mainland.

During the tumultuous summer of 1912, Matthew Diamond, a retired, idealistic but prejudiced schoolteacher-turned-missionary, disrupts the community’s fragile balance through his efforts to educate its children. His presence attracts the attention of authorities on the mainland who, under the influence of the eugenics-thinking popular among progressives of the day, decide to forcibly evacuate the island, institutionalize its residents, and develop the island as a vacation destination. Beginning with a hurricane flood reminiscent of the story of Noah’s Ark, the novel ends with yet another Ark.

In prose of breathtaking beauty and power, Paul Harding brings to life an unforgettable cast of characters: Iris and Violet McDermott, sisters raising three orphaned Penobscot children; Theophilus and Candace Larks and their brood of vagabond children; the prophetic Zachary Hand to God Proverbs, a Civil War veteran who lives in a hollow tree; and more. A spellbinding story of resistance and survival, This Other Eden is an enduring testament to the struggle to preserve human dignity in the face of intolerance and injustice.

Reasons to read it: This historical fiction imagines the lives of a group of people who were allowed to live as they were, free from certain prejudices of the majority of the U.S., for a time. Getting to know these characters, and Harding’s beautiful turns of phrase, will make their displacement all the more devastating. 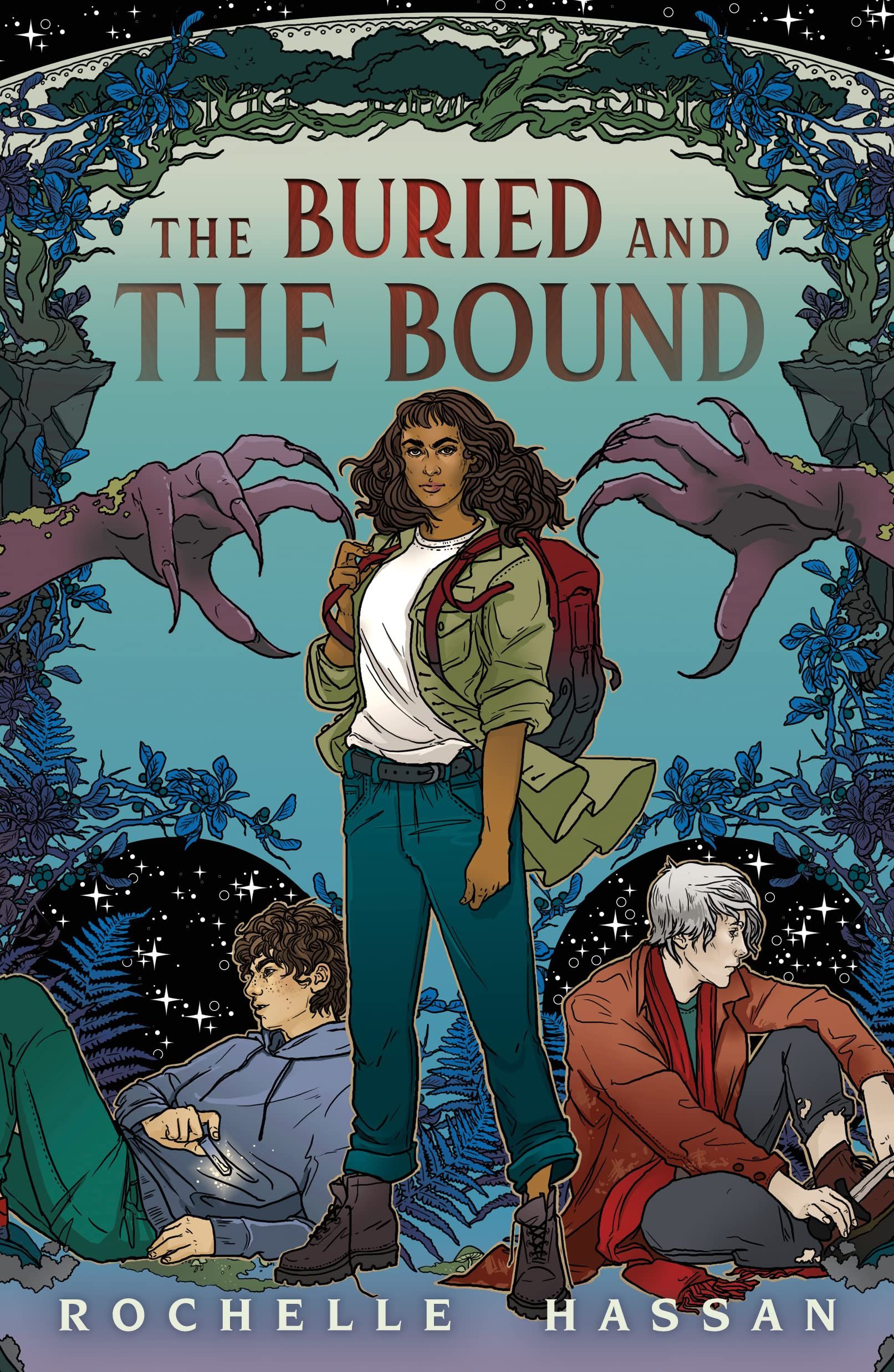 The Buried and the Bound by Rochelle Hassan

A dark, alluring YA fantasy debut from Rochelle Hassan about monsters, magic, and wicked fae hiding deep in the woods.

As the only hedgewitch in Blackthorn, Massachusetts, Aziza El-Amin has bargained with wood nymphs, rescued palm-sized fairies from house cats, banished flesh-eating shadows from the local park. But when a dark entity awakens in the nearby forest, eroding fairyland’s boundary, run-of-the-mill fae mischief turns into outright aggression, and the danger becomes too great for her to handle alone.

She is forced to seek help from two unlikely allies: Leo, a boy who was cursed to forget his true love and isn’t afraid to risk his life looking for answers; and Tristan, a mysterious young necromancer she’s not certain she can trust.

They’ll have to work together to eradicate the new threat and take back their hometown… even if it forces them to uncover deeply buried secrets and make devastating sacrifices.

Reasons to read it: With practical main character Aziza at its helm, this contemporary YA fantasy is sweet, dark, and wholly satisfying. It’s got interesting magic, an engaging world, angst, evil magical creatures, queer characters, and all other manner of fun, fantastical things. 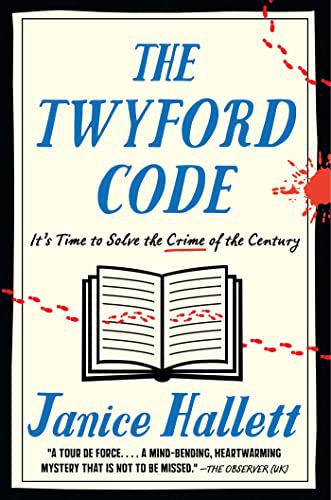 The Twyford Code by Janice Hallett

Forty years ago, Steven “Smithy” Smith found a copy of a famous children’s book by disgraced author Edith Twyford, its margins full of strange markings and annotations. When he showed it to his remedial English teacher Miss Iles, she believed that it was part of a secret code that ran through all of Twyford’s novels. And when she disappeared on a class field trip, Smithy became convinced that she had been right.

Now, out of prison after a long stretch, Smithy decides to investigate the mystery that has haunted him for decades. In a series of voice recordings on an old iPhone from his estranged son, Smithy alternates between visiting the people of his childhood and looking back on the events that later landed him in prison.

But it soon becomes clear that Edith Twyford wasn’t just a writer of forgotten children’s stories. The Twyford Code holds a great secret, and Smithy may just have the key.

Reasons to read it: This one is for lovers of mystery who want a bit of a different experience — the voice recordings mentioned in the blurb are the primary ways in which the story is relayed, and clock in at around 200. As the audio transcripts are deciphered, readers will wonder if the code may lead to gold, a secret British agent, or something else entirely. The complex mystery is nicely woven, and the ending is actually surprising. 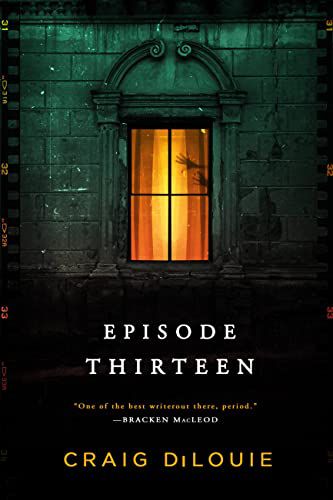 From the macabre mind of a Bram Stoker Award-nominated author, this heart-pounding novel of horror and psychological suspense takes a ghost hunting reality TV crew into a world they could never have imagined.

Episode Thirteen takes them to every ghost hunter’s holy grail: the Paranormal Research Foundation. This brooding, derelict mansion holds secrets and clues about bizarre experiments that took place there in the 1970s. It’s also famously haunted, and the team hopes their scientific techniques and high tech gear will prove it. But as the house begins to reveal itself to them, proof of an afterlife might not be everything Matt dreamed of. A story told in broken pieces, in tapes, journals, and correspondence, this is the story of Episode Thirteen — and how everything went terribly, horribly wrong.

Reasons to read it: This horror tale scares through found media, journal entries, and even texts. The different perspectives allow for a well-rounded view of events, and helps to build up the level of dread. Fans of House of Leaves will feel a familiarity.