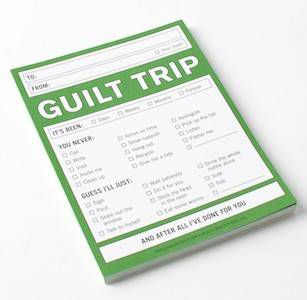 I let writing projects pile up until I finally end up with reader’s block, which is kind of like a reading slump that stems from pure guilt.

I need to submit three (3) personal essays to potential homes, but they need polishing, of course, which I don’t want to do.

I need to finish the second round of novel edits—a novel, I must add, that I never planned to write until I was writing it.

I need to put the outline in my head for another one down on paper.

Reading is not a good way to procrastinate when it comes to word-based projects of my own. It makes me feel worse instead of better because I should be working on things I’ve committed to (ahem, Book Riot). Or, I sit there and obsess about how the essays aren’t in such bad shape that they, as a group, need more than couple hours’ work to square away.

Reading just reminds me that the person whose words I’m not even reading, just staring at, had the fortitude to get those words published (and edited before that), unlike me, a weak-willed Putter-Offer of Big Things. A rationalizer: this novel/project/lump of letters veered so far off the original outline that making it was kind of pointless anyhow.

So against my better judgment, I try to finish The Killing Moon, but it’s so imaginative that I feel inadequate. I pick up and abandon The Word Exchange, worrying that the internet has made me dumber. Half-ass some edits on my tablet instead of delving into Land of Love and Drowning, which will inevitably handle Big Issues better than I can, so I might as well not bother. Devour The Lucy Variations but mostly to make sure that the teacher-student elements aren’t too close to the teacher-student elements in my own pile of words. (They aren’t; they’re actually much, much better. Obviously.)

Then, I just make myself do it. I grab a pen, which is kind of leaky and smears ink all over my hand, and write this post down in a legal pad full of abandoned to-do lists, one with question marks at the end of every item. This is so sad, I think. Where is my teenage self, who wrote circles around me? Who could’ve cranked out a novel that (she thought) was finished in a week? Oh that’s right. She was made of time, time and angst and even some actual suffering. I just dick around too much.

But I write the Book Riot post and try to make it about books, even though I haven’t really read enough books lately to feel like writing about them. Or not ones I felt I had to write about. Soon, though.

It’s a whole new world of reader guilt for me.