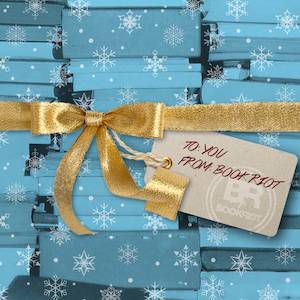 If March came in like a lion (as Marches are purportedly wont to do), it came in on a snowplow. And if it intends to go out like a lamb, I highly advise that lamb avoid public transportation because, at least in my New England neck of the woods, it is not reliable.

In this month bookended by weird pastoral metaphors lies the end of DC Comics’s New 52 reboot—sort of. The branding is going away; all of the established continuity will remain as constant as comic book continuity allows it to be.

April and May bring with them the multiverse-based Convergence event, and June marks the beginning of a consistent, Prime Earth-based publishing slate without the New 52 branding (and a slate of new comics titles).

Before the New 52, I was comics adjacent. I grew up on and adored DC’s various animated series, had dabbled in manga, and loved the few graphic novels I had as assigned reading in high school (shoutout to Ms. Moynihan!). But I had never read floppie comics consistently because I had no idea where to start, and the high issue numbers on every series seemed daunting.

By relaunching with a slate of #1 issues and new continuity, I finally felt that high barrier to entry for comics had finally been broken down for me. My best friend Beth and I would begin our sophomore year of college by poking into the New 52 at a store called Comicopia.

One of us pushed through the store’s door, and were met with a ringing chime follow by the cheerful greeting from a woman behind the front desk. There were actually three people behind the counter—two ladies and a dude. All were friendly and met us with some kind of greeting or smile.

The store was relatively small, but incredibly efficient with space and didn’t feel cluttered or crowded. The shelves sparkled, often boasted colorful plush toys alongside books, and were framed by the store’s canary yellow walls. Everything about the space was effervescent. Most impressive of all (by comic book store standards), there wasn’t an odor.

All other geek-centric sites I had encountered in life (gaming stores, an odd Newbury Comics) hosted a wrestling match between pungent body odor and Glade (sometimes Febreze). Variations depended on which odor was more volatile.

Comicopia defied every stereotype I had been cautioned about. Week after week, Beth and I would leave the store marveling over how kind the employees were to us. When we returned after our winter break, we were met with applause. Note to my future LCSs, the Tinkerbell Technique is a great way to seduce my wallet.

After a while, it became apparent that we went there every Wednesday not for the comics, but for the community. Save for Batgirl, every New 52 launch comic I picked was dropped within a year, if not sooner. Though I’ve enjoyed several DC Comics since, they’ve never compared proportionally to the amount of comics I buy from Marvel or Image.

I did, however, stick with Comicopia for as long as I could. For the remaining three years of my college experience, I would waltz on down to that store (sometimes with Beth, sometimes not) every Wednesday. I forged friendships there, often harassed them for interviews (I was an undergraduate journalism student), worked at their Anime Boston booth three times, and even covered their register once on Easter—where I screwed up writer Marjorie Liu’s comics order.

Though we never went, Beth and I were frequently invited to march with them in Boston’s Pride Parade. When working with them, we were surrounded by employees and volunteers who were female, of color, queer, or some combination of the above.

Though Comicopia is no longer my LCS (I moved away to pursue a career as Student Loan Slave), I still carry with me a joy for comics that I might not have otherwise had without it.

Has a comics event ever given you something better than the comics you were buying? Did Civil War change your worldview? Did Crisis on Infinite Earths leave you with a new comics community? Did Avengers vs. X-Men introduce you to your one true love? If so, let me know in the comments section!