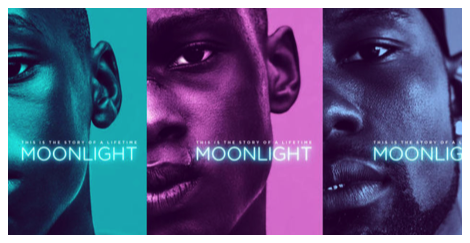 For someone who couldn’t care less about romance in her own life, I am very invested in how romance functions in fiction, pop culture, and media. Romantic love, for some reason*, has always been a measure of humanity. You can take a flawed and broken character (typically a straight white male) and write a redemption arc that has nothing to do with making amends and everything to do with wooing the right character (straight white female) and hey, you’ve got yourself a bestseller! And, okay, I know that’s not how it always goes down—I hope—but my point is, when romance becomes yet another way for readers to empathize with characters, what does it say when this important avenue for empathy is taken away from certain kinds of characters?

Well, to me, it says a lot about self-worth and worthiness:

When you’ve spent your whole life understanding attraction, sexuality, and romance the way that straight, cisgendered, white, able-bodied people define it through their frankly terrifying number of romantic comedies, you have no idea where to start understanding your own emotions and relationships.

It’s why I loved Moonlight. Well, let’s be real, there wasn’t a single thing to dislike in that movie, but mostly, I love it because it finally held up a mirror for young, gay, Black people struggling with loving themselves and others and said, “Look, you’re here and you can love and be loved and be happy”. Sure, it’s a window for me, but just because I’m Indian does not mean I can’t see why this is a groundbreaking film. And make no mistake, it is, first and foremost a mirror, which makes it a rarity in itself. Thinking about Moonlight in connection to the documentary 13th makes the movie even more important, by placing Black boys and Black men in a position where they can express vulnerability and complexity. Romance, as a tool in fiction, can do that too: challenge stereotypes. My hope, and the reason I am writing this post, is that Moonlight’s success inspires more stories like it. My scours have provided me with few YA books that could compare with Moonlight—and maybe I haven’t looked hard enough, I could definitely use some suggestions—but I’m hopeful that one day we have more stories like this one. 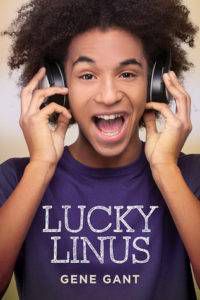 In any case, I searched for recent, contemporary YA novels by #OwnVoices authors. I wanted it to be as similar as it could be to Moonlight; it was, as you can imagine, a difficult quest. The most promising title is Lucky Linus by Gene Gant**. It tells the story of a teenager who has just moved in with his new foster family and, given his past experiences, has a healthy mistrust of them. Convinced that they won’t accept him, Linus stays in the closet and chooses instead to pursue a romance with a boy he met online. (Funny coincidence: the love interest here is also named Kevin, like the love interest in Moonlight!) When someone leaks a video of Linus and Kevin having sex, Linus has to deal with the consequences. I know it sounds like a rough read, but reviews promise a happy, if not hopeful, ending. And I do think we need more of those, especially in today’s political climate. 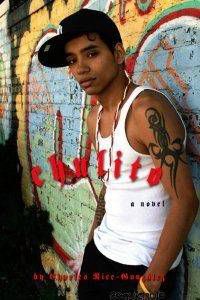 The rest of my picks, while may have Black characters in them, are not entirely about them the way it was in Moonlight. It annoys me that some YA authors will write African American characters, but only explore them through a white character’s POV and define them through a white character’s understanding of their Blackness and masculinity. But I didn’t want my list to start and end with Lucky Linus, so I chose instead to pick books with m/m relationships that have both parties who, at the very least, belong in the same community. Chulito by Charles Rice-González is a contemporary, crossover title that puts its Latino protagonist in a complicated position—stuck between wanting to fit in and be respected, while slowly falling in love with a childhood friend who is used to be bullied for being (or being perceived) as gay. Once more, I have been promised a positive sort of ending, so it will definitely be helping me get over my Moonlight hangover.

The last pick should surprise no one, really: Aristotle and Dante Discover the Secrets of the Universe by Benjamin Alire Saenz. It makes every list that wants to talk about being a person of colour who is also gay because it is one of the first YA novels that successfully explores that intersectionality and does it in a way that doesn’t exploit bodies of colour for entertainment—also like Moonlight. I also bring it up because not only is Sáenz’s new book coming out soon, a sequel to Ari and Dante’s story is in the works. If ever there has been a game-changing YA novel where sexuality is concerned, it is this one. Every word, you can tell, is a labor of love. The book is a balm to the soul. Pick it up.

And that’s all I have for now. Someday, I hope to return to this category and find more treasures than can possibly be listed in one Book Riot post.

**At least, I hope this one is #OwnVoices. The illustrated profile picture on Goodreads and the biography gives little away, but most of his books focus on queer Black boys and men. If nothing else, the author seems to care about writing exactly the kind of books my post insists we need more of.