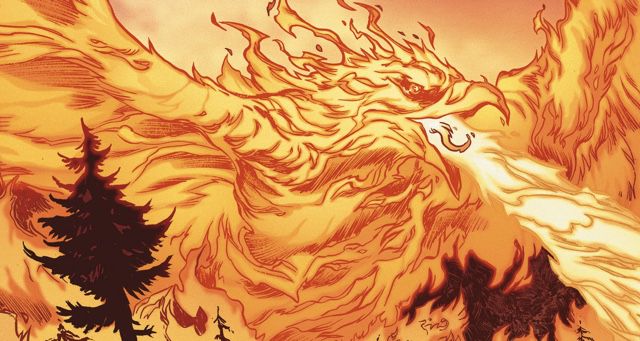 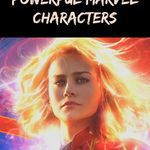 Okay, true believers, it’s time for the smackdown. It’s time for the crossover event of the millennium. It’s time for us here at Book Riot—specifically me, because I doubt anyone else wants to touch this particular live one—to rank the most powerful Marvel characters. What do I count as powerful? Am I going by the abilities grids on the Marvel Fandom wiki? By the rankings on Marvel.com? Well, sorta kinda not quite. There’s a lot that goes into strength aside from punching stuff. Potential, actual wins, technique, and variation of powers will all be taken into account on this list. Plus, there’s just some supers who can’t be taken down. Read on, folks!

The only reason that Franklin is so far down on this list is that somehow he’s always a kid. His control over his vast powers is also extremely sketchy, once leading to the manifestation of a super-bully that was actually his own subconscious fears and insecurities personified. (His dad’s experimentation on him doesn’t really help matters in that case.) Actually, Franklin can spawn more powerful avatars of himself with apparent ease, but usually not at will and often because of emotional trauma. He definitely deserves a spot on this list—his ability to time-travel and rewrite history alone makes him potentially unbeatable—but he’s too young to be a savvy hero.

Thor can crush a planet with his strength. He can take a stroll through the heart of the sun without getting so much as a tan, fly faster than light, and break adamantium. You don’t want to mess with Thor.

However, the God of Thunder does tend to get in over his head now and then. While he’s struck solid blows against the Phoenix Force, Exitar the Exterminator, and even Galactus, he doesn’t always get the big KO. A lot of his abilities are sort of Mjolnir-centric, too, and even when he defeated Thanos in Dan Jurgens’s run, he was using some gadgetry to soup up his powers. That said, he’s a true hero who’s willing and able to take on opponents several hundred times his own size.

Galactus was reborn at the moment of the Big Bang. He’s literally as old as Death, but he’s also kind of a self-made guy. Having been a mortal in a previous universe, and then working on himself for ages before coming out as an eater-of-worlds, he really has the experience you need when you’re dealing with that amount of power. Plus, we know that he CAN be defeated and killed, but in the history of the universe, he HASN’T been permanently KO’ed. (Until recently.) That’s pretty wild! He even once created a sentient, self-aware being equal in power to himself, which quickly turned on him and fought him to the death because Marvel.

Galactus eats worlds. If you’re a young hero, he’s the guy you defeat for your resume.

If you’ve only seen Captain Marvel in the movies, then you may not be fully aware of the extent of her powers. At various points, Carol Danvers has been able to create and control gravity, see the future, manipulate radiation, and absorb magical energy with no ill effects. While she’s most powerful when she’s tethered to a white hole, she retains most of her abilities in a scaled-down form even when she’s just plain old energy-blasting hypersonic-flying impossible-to-poison Carol.

This is a nearly indestructible hero who can control light itself when she’s got a mind to. There’s no question about her potential—if she put her mind to it, she could be one of the most powerful beings in the universe. Good thing for her teammates that she’s on the right side!

It’s hard to know the extent of Uatu’s power, because he’s not supposed to act. On the occasions that he does, he does batshit stuff with his many crazy-strong abilities, like turning interstellar gambler A’sai into a playing card as punishment for being an ass. He’s got access to multiple timelines as well, even personally keeping the pocket universe where Neil Gaiman’s 1602 takes place.

Uatu can fly, teleport, disguise himself with his psionic abilities, and time travel. If he wanted to be involved in Earth affairs more, then he’d probably be able to affect everything. It’s probably lucky for us that he hangs out on the moon most of the time.

Thanos’s main squeeze! It’s arguable that Death makes Thanos into the Titan we know and love by engaging in a relationship with him, but it’s also something of a tease. Since dumping Thanos, it’s been seen flirting with Deadpool.

Death is…death. That’s it, that’s what Death is. You can’t beat it. It’s the embodiment of the abstract concept of mortality. Even the Olympians, who are immortal and incredibly durable, can be killed. Therefore, Death wins. And yet…

This is a fandom where people come back from the dead all the goddamn time. True: Galactus has died. That’s pretty badass. Good one, Death. But let’s be honest: how likely is it that Galactus is going to stay dead?

Death’s powerful, but in the Marvel universe, it’s not the end of the story.

Due to his on-again, off-again thing with Death, Thanos doesn’t really die. He just sort of keeps coming back, like an immortal lovesick yo-yo. However, that messy relationship is the motivation for almost everything  he does with his rather awesome powers, and eventually, Death claims that it can’t be with him because he’s killed so many people that he’s its superior now. Tough luck, Thanos!

In addition to being able to wield the Infinity Gauntlet, Thanos is a handy cult leader who is invulnerable to poison, telepathy, and illness. As if his immense physical prowess isn’t scary enough—he survives a giant explosion from Cosmos even without the Infinity Gauntlet, and with it he essentially invulnerable—his ambition is enormous. He once corralled and imprisoned Galactus, the Stranger, and several other enormously powerful beings to make himself more godlike.

Beyonder actually killed Death once. True story! Then he recreated Death because can you imagine that universe? No hero or villain would ever die! (Insert long, boring dissertation on the elitism of immortality in the Marvel pantheon.)

As extra-dimensional cosmic power incarnate, Beyonder has acted as the god of his own realm. He claims that he’s capable of destroying the multiverse, which is entirely possible—Marvel narration in Secret Wars II, volume 9 sets his power at millions of times that of the entire Marvel multiverse combined. Earlier than that, he easily kicked Galactus’s ass, because why not? Everyone gets to kick Galactus’s ass sooner or later.

The problem is that he has a habit of getting stuck in teeny tiny human bodies, which seems to diminish him tremendously. At last report, he was imprisoned in the body of Kosmos and apparently unable to do much about it.

You can judge the power grade of some Marvel characters based on how many other supers they generate. The Phoenix Force has a lot to answer for here because it is entirely the fault of this entity that we have to deal with Galactus.

This is a character that can survive the death of the universe. Not only that, but it can bring another living being along with it. The Phoenix Force can absorb a star, causing it to go nova in the process, and there are few characters in the Marvelverse who are stronger.

What’s better than one godlike superbeing? A godlike superbeing made of billions of aliens! The Stranger can capture pretty much anybody for his lab, including Magneto, and Magneto isn’t much for being captured. We’ve seen the Stranger drive the Olympian god Pluto away from the Earth, which isn’t small potatoes either. We’re talking about a god here. Speaking of which…

He’s the strongest of the Olympian gods! When he first meets Thor, it’s by breaking up a fight between the Norse god of thunder and Hercules. It’s probably no surprise that Zeus can kick Hulk’s butt, since he does exactly that after Bruce beats a bunch of Olympian monsters on his way to ask Zeus to drop a debt. He’s an extra-dimensional being who easily convinced mortal humans to worship him once upon a time. He can shapeshift, fly, run at super-speed, lift almost as much weight as his son Hercules, survive almost any level of attack, and somehow get back into Hera’s good graces after every infidelity. The only way anyone takes down Zeus is in a group.

The real key to Odin’s strength is the Odinforce. With it, he can do basically anything, including control the life-forces of every Asgardian. At one point, he transforms all of his godlike subjects into mortals to evade Ragnarok. He can also raise the dead with this gift, enchant weapons, and practice telepathy across dimensions. What I’m saying is that this guy could really clean up as a phone psychic, and if you tried to punk him, he could probably will you out of existence, then bring you back, just to teach you a lesson.

This is the guy Death answers to. He’s been around since the inception of the multiverse and there’s no other being even remotely like him in the multiverse. He’s essentially omnipotent. He can prevent the Infinity Gems from being used and punish the essential concepts of the universe. However, he does have a boss.

It’s worthwhile to note that, when he very occasionally pops up in comics, One-Above-All often appears as Jack Kirby. There’s nothing he can’t do, he created everything (except, apparently, the Cosmic Ghost Rider,) and he’s the Living Tribunal’s boss. There’s not much else we can pin down about him, and most of that comes from offhanded comments by the Living Tribunal, Mephisto, and other people who would know. You shouldn’t mess with him, though.

Have we ever seen Squirrel Girl defeat a Celestial? Has she personally faced down One-Above-All? No, not exactly. But she has successfully and singlehandedly defended the Earth against Galactus. She kicked Dr. Doom’s ass right out of the gate. In all of Squirrel Girl’s history, she has never, ever, ever lost a fight.

It’s very possible that Squirrel Girl is an omega-level mutant whose real power is that she cannot lose. The only way we’ll ever know is to pit her against The Living Tribunal and see how things pan out.

Get on it, Marvel.

Read Next: Quiz–Which Marvel Superhero are You?

Want to know more about Thanos? We can help you with that! If you’re more of a Captain Marvel kind of fan, click over to our profile of our favorite godlike hero.