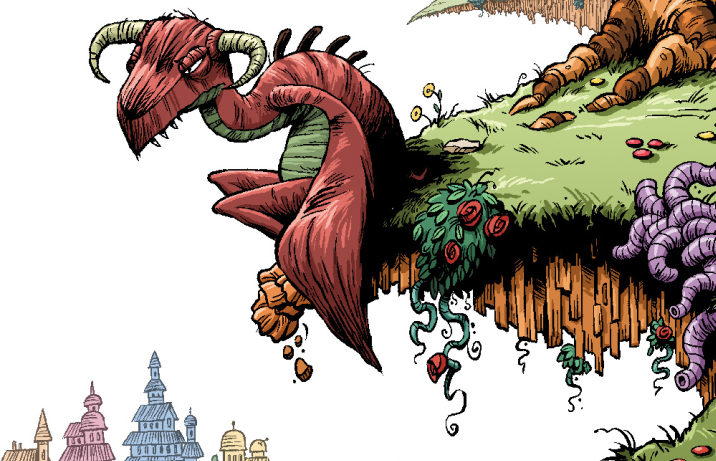 Earlier this month, I spent New York Comic Con weekend working in a booth next to Top Shelf, a publisher who puts out some really fantastic graphic novels. Some of my favorites (and probably some of yours) include August Moon by Diana Thung, Blankets by Craig Thompson, Essex County by Jeff Lemire, and From Hell by Eddie Campbell and the legendary Alan Moore.

And now, I’m adding Monster on the Hill by Rob Harrell to that best-of list.

Set in England in the mid-1800’s, Rob Harrell’s Monster on the Hill transports readers to a fantasy world where every tiny town has its own horrible monster… and that terrible creature is a point of pride for the townsfolk. See, people travel the countryside from town to town in Harrell’s lushly created world, visiting each unique beast. It’s a fun, beautifully illustrated place that readers will love visiting, especially when they meet Rayburn, the resident monster of Stoker-on-Avon. 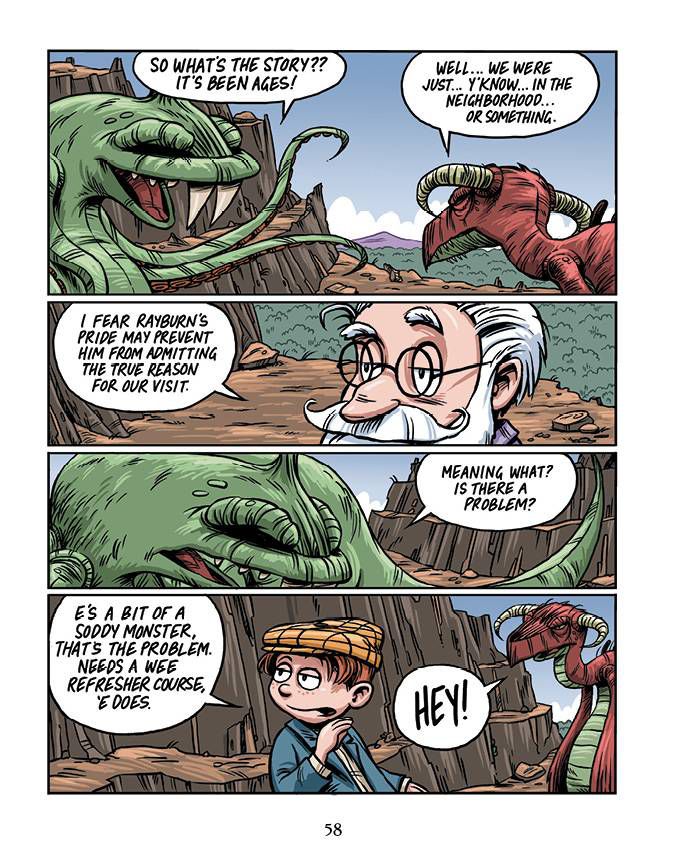 The problem is that unlike every other beast around the England countryside, Rayburn is depressed. He doesn’t have the confidence that other monsters have. So in order to help lift the town (and poor Rayburn’s) spirit, a local inventor is tasked to make Rayburn into a proper beast. Because monsters aren’t just a bit of pride for the town… they also protect the towns from something known as The Murk.

And the Murk is coming.

A sweet, plucky story of friendship, Monster on the Hill is an absolutely irresistible read, and one that you will hungrily devour over the course of a single night once you get started. And it’s perfect for young readers eager to dive into comics, and for adults that really want to introduce their kids to graphic novels.

Through out the book, all I wanted to do was give Rayburn and hug, and tell him to believe in himself. In that spirit, here are three more fictional monsters I’d love to give a hug. 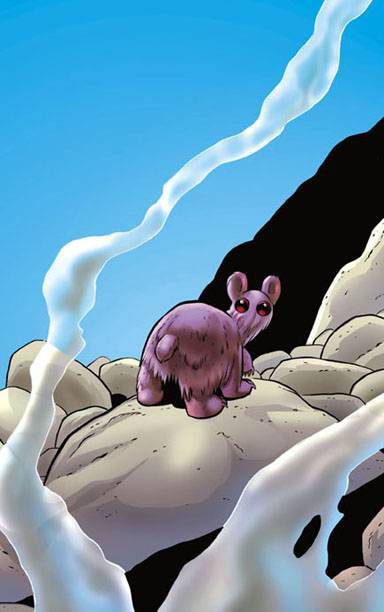 BARTLEBY (Rat Monster, Bone Series): Adopted by Fone and Smiley, little Bartleby isn’t like the other rat creatures in Bone (who are always trying to make him into quiche), and is instead on their side.

I’d give the little rat a hug. I mean look at him over there on the left! Come here!

HELLBOY (Demon, Hellboy Series): Easily my favorite character in comics, this bright red demon with filed down horns, referred to as The Right Hand of Doom… you better bet I’d give Hellboy a hug. He always means well, and desperately tries his best… but still beats himself up over his past.

He deserves a hug, as well as a bundle of free kittens.

But whatever. I’d snuggle just about all of the Pet Avengers. Lockjaw, Hairball, Redwing… come here, all of you. Get in my arms immediately.

So! What others characters, in comics (or literature!), would you like to give a hug?