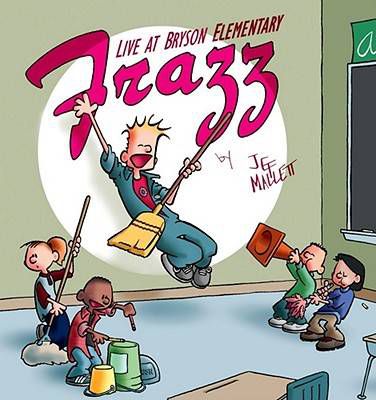 While nothing can ever replace the wisdom of Calvin and Hobbes in the funny pages, there is a contender for the comic strip’s perch at the intersection of hilarious and literary. It’s Frazz by Jef Mallett. Been around for a decade but seems to be chronically underappreciated. Are you reading it yet? Climb aboard! 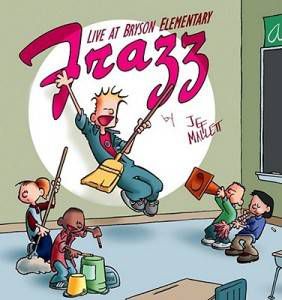 Here’s the basic setup: Frazz works as an elementary school janitor, though he made his nut writing hit songs. He’s a triathlete, an omnivorous reader, and lover of bad puns. As the custodian, he’s in that sweet spot in the school hierarchy: a champion to the kids, a hero to the authority figures (since he’s on call to chase runaway gerbils and such). Among the students, a boy named Caulfield rocks it; he’s incredibly bright, mischievous, and, inevitably, bored by school. Frazz eggs him on in autodidact adventures. When asked about these whipsmart underachievers, Mallett notes, “I couldn’t make them normal, and I didn’t want to make them dumb.”

Rumors have circulated for years that Frazz is a grown-up Calvin. There’s his messy hair and his impish, erudite humor—but can you really see Calvin coming back to his old school? Mallett says not so, although he always cites Calvin’s Bill Watterson as a major influence.

Sure, there are playground scrapes, smart-alec classroom moments, and funny stories we can all relate to from our own school days. But what makes Frazz exceptional is the caliber of writing. No other comic strip, even Calvin, has me searching out so many interesting references or reaching for the dictionary so often, giggling as I do.

In any given week, Mallett might write jokes about Thomas Hobbes, Lyle Lovett, pi, and milk spurting out of your nose. The (yikes, I almost typed “level of discourse”) speech balloons bobble between high and low. Witness Caulfield writing a Robert Frost verse on the boys’ bathroom wall. But even when citing a German philosopher, Mallett always makes you feel in on the fun, even if you have to look it up—much as Frazz does for Caulfield.

Bookish fans get even more out of Frazz. On Halloween, Caulfield always tries to stump his teachers in costumes with an oblique literary reference. One year, for instance, he dressed up like a ham, an homage to Scout in To Kill a Mockingbird. Even the name of the school, Bryson Elementary, has a literary in-joke, as it’s named for Bill Bryson, one of Mallett’s favorite authors.

Triathletes probably get a special kick out of Frazz too, but that’s where I leave you.

Occasionally Frazz gets dropped from a newspaper, perhaps because the comics editors think it’s too hard, too complicated. And why aren’t there more Frazz books? If I had my way, Mallett’s compilations would be just as popular as The Days Are Just Packed. Frazz’s consistency is one of the joys; Mallett hasn’t dumbed the strip down to fit a lower common denominator.

So here’s my plea: Start reading it. If you don’t become a fan, I’ll eat my nonexistent bike helmet.