Manhwa is the Korean version of manga. Thus manhwa is an umbrella term for Korean comics, although sometimes it’s used specifically for printed comics. This is what you should know about this genre and where to get started.

How and Where to Read Manhwa and Webtoons

Manhwa is produced in both South and North Korea, although the former predominates. Unlike manga, manhwa is read left to right, and it’s rare for manhwa series to be released in print anymore.

Manhwa has been largely replaced by online comics (webtoons), with the rise of smartphones. Webtoons are read vertically in long segments, making scroll your best friend. The web/app format has also given rise to a common webtoon style of uncluttered images and abundant white (or occasionally black) space in the gutter between panels.

The enthusiastic community of commenters and volunteer translators has become an important part of the webtoon reading experience. For instance, the comments section of the online comic Rodong Simmun (Labor Interrogation), about North Korean defectors adjusting to life in South Korea, is a space for the two groups to interact and learn about each other.

Unfortunately, websites with pirated versions may be the only places to access English versions (scanlations or scanned translations) of certain webtoons. To avoid contributing to piracy, and to read webtoons as the majority of Korean readers do, you’ll need to download an app like Tapas, WEBTOON, or Lezhin Comics. These typically combine free content with in-app purchases. Tapas makes the first few installments of many webtoons free, with the possibility of purchasing virtual coins to unlock more. WEBTOON is a massively popular platform for web comics. WEBTOON’s, uh, webtoons are mainly free, but you can buy coins for early access to new episodes.

The History of Manhwa

The first Korean comics magazine, Manhwa Haengjin, began publication in 1945, although it was soon closed down by the government. Such censorship continued with ethics committee removal of content deemed offensive, or even public burnings. This escalated as depictions of sex and violence in manhwa escalated. In 1967, manhwa were even declared one of the “six evils of society.” Obscenity laws have continued to be enforced into the 21st century.

A manhwa creator is a manhwaga. While the rise of webtoons, social media, and direct payment platforms like Patreon has meant that relationships between readers and creators are in some ways closer than before, webtoons have arguably diminished the comic auteur culture. Many webtoon creators are only known by their usernames, and the mechanisms for earning money can be unclear.

There is still overlap between digital and printed comics in Korea, with webtoons sometimes inspiring printed magazines or books. The popularity of webtoons is influencing manga and digital comic markets in other countries as well.

Graphic epics have been called geukhwa to differentiate them from the often breezier manhwa. In North Korea, the term manhwa refers more to critical satire. An underground comics scene doesn’t exist in North Korea, according to Paul Gravett’s comprehensive book Mangasia, due to repression of ideological dissonance. Interestingly, some North Korean war comics include elements of the individualistic hero-worship common in American superhero comics, despite the collectivist focus of North Korean society.

A manhwabang is a South Korean manhwa cafe. In North Korea comics are often sold at portable book stalls.

Popular manhwa genres include some familiar from manga. There’s BL (boys love), or homoerotic stories about men often aimed at women. Soonjeong (like Japanese shojo) is also targeted at girls and young women, and are often romance stories. There are plenty of horror, fantasy, supernatural, and thriller manhwa as well. Unsurprisingly, given the often voracious young audience for manhwa, many works are set in schools.

The Best Manhwa To Start With 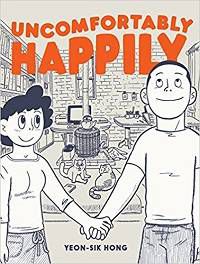 Hong Yeon Sik’s Uncomfortably Happily chronicles an urban manhwaga’s move to the countryside, together with his wife and pets. The memoir shows how challenging but also rewarding the lifestyle transition is, with headaches caused by deadlines, isolation, and more. The art is crisp and mostly straightforward, with occasional moments of pastoral loveliness.

Chocolat is a charmingly zany series by Shin Ji Sang and Geo, about a mega-fan of a boy band who schemes her way into a rival band’s fan club in order to be closer to her loves. It’s full of affection and understanding of fandom’s obsessiveness and community building. 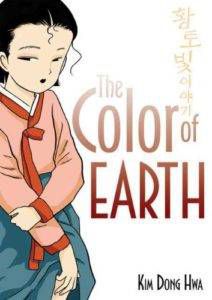 Kim Dong Hwa’s The Color of Earth is the first in a trilogy following a girl coming of age in rural Korea, where her widowed mother runs a bar. The story and the artwork are lush and romantic. But some critics are uncomfortable with the (male) author’s obsession with developing female sexuality. 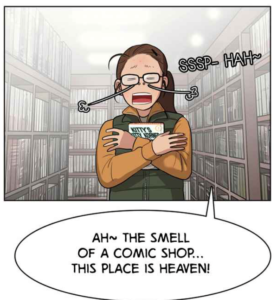 The ongoing WEBTOON hit True Beauty, by Yaongyi, explores the transformative power of makeup and the importance of physical attractiveness in appearance-fixated South Korea. A schoolgirl feels like an ugly duckling without makeup, and a goddess with it. It’s like an extreme version of that teen movie trope, Beautiful All Along.

Another WEBTOON series is Bastard by Youngchan Hwang and Carnby Kim. Bastard is the dark and brooding tale of a boy whose serial killer father forces him to be an accomplice. You know, that relatable old situation.

Oh! My Assistant by MILA and YALGAE

The Tapas series Oh! My Assistant, by MILA and YALGAE, centers on the slow-to-start romance between an overworked cartoonist and his hunky new assistant. It’s humorous and sexy, in a light-touch way.