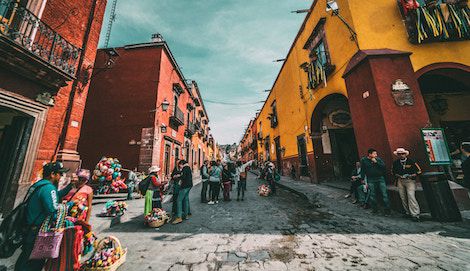 Mexico City is a treasure. Especially if you wish time travel was a reality. In Mexico City, you can see and touch buildings from four civilizations – the mysterious builders of Teotihuacan, the talented Nahuatl-speaking Aztecs, the ambitious Spanish, and the diversity of people who call themselves Mexicano/a. 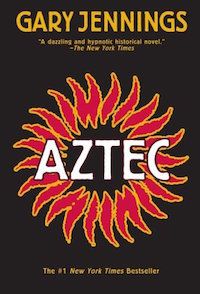 At the moment, the closest thing to time traveling is reading a book. (Probably not true, but I’m a biologist, not a physicist.) In this case, it’s Gary Jenning’s Aztec, featuring non-stop action, sex, murder, drama, and exploration. Aztec is the type of historical fiction that appeals to those who click away instantly from historical fiction recommendations.

Aztec is written from the perspective of an Aztec scribe, Mixtli, who witnesses major events à la Forrest Gump. Actually, I would call this book the equivalent of what Forrest Gump is to movies.

Aztec is extremely well-researched. It comes to life vividly. One reader I know described it as “a beautiful glimpse into a forgotten civilization that starts out feeling alien and strange, and ends feeling like home.”

The novel begins in the flourishing Aztec empire and ends with Cortes conquering the Aztec capital. Mixtli is from the capital, Tenochtitlan, located in present day Mexico City right by the stunning Zócalo plaza. It was just a block away that I began reading the second half of Aztec. Mixtli’s stories are interspersed with letters to the pope from a Catholic priest traveling with Cortes. Paralleling the book, I could change my perspective from the Aztec empire to the Spanish empire. All I had to do was look up to admire the Spanish-style facades and the Metropolitan cathedral. 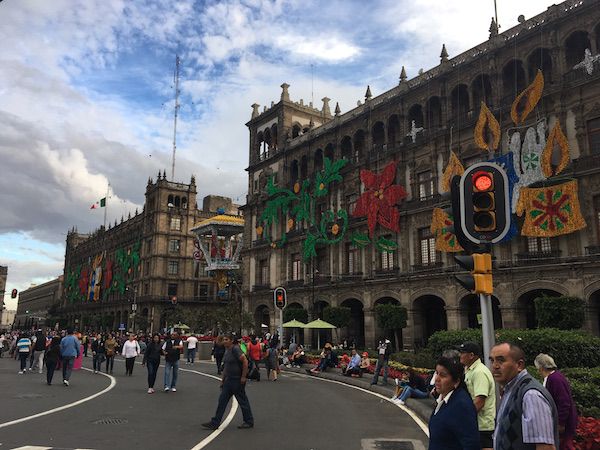 The Zócalo plaza in Mexico City, right next to ruins of the Aztec capital, Tenochtitlan.

At one point, Mixtli wanders about the huge ruins of Teotihuacan. These were ruins even back in the age of the Aztecs! I did the same as Mixtli and wandered Teotihuacan one morning. I finished some of the last chapters of the novel sitting along the majestic Avenue of the Dead. It is humbling to realize that even the Aztecs saw the same ruins and eventually met the same fate as the ruin’s mysterious builders. 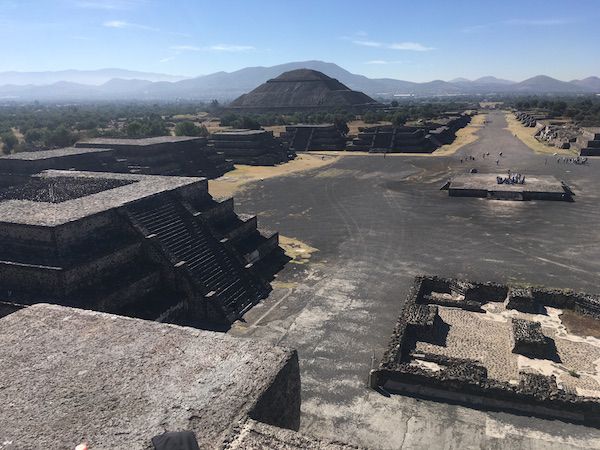 Not only is the book full of landmarks around Mexico City, it is filled with stories ranging from fantastic to gruesome. Every story is engrossing and I never found myself skimming through chapters.

I finished the book in Mexico City, just a block from Tenochtitlan, Mixtli’s hometown. It is where the ending itself takes place. I left Mexico City and Aztec knowing it would be a long time before I had a reading adventure like that again. An incredible book paired with a travel destination is a unique experience that I hope other readers will try!

Comment if you have any other books that are meant to be read in a special place.