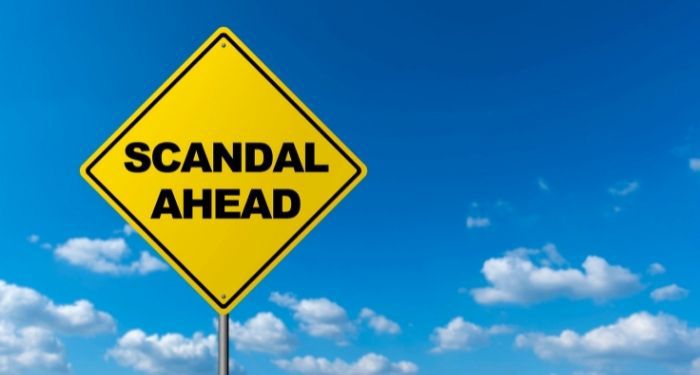 For most of my life, I filed documentaries away under the category of “boring” in my mental rolodex. I was under the silly assumption that documentaries were all dry and stale, and only ever about nature or war. Then my partner came into my life, rolled their eyes are my ignorance, actually made me watch a bunch of creative and entertaining documentaries, and I totally reversed my stance. Documentaries on things that actually interest me? Sign me up! I’ve watched and enjoyed documentaries on everything from true crime cases to the last Blockbuster on earth, and I love the creativity and passion in this genre.

With the news that a documentary about the life, work, and influence of the great Judy Blume is in the works at Amazon Prime, I got to thinking about what other literary documentaries I would love to see. Documentaries about Joan Didion, Maurice Sendak, Kurt Vonnegut, and H.P. Lovecraft certainly exist, but I’d love to see ones that go beyond the author, and explore the wider literary world as well. The following is an incomplete list of literary topics that fascinate me and I think would make for great documentary fodder (or perhaps episodes in a documentary series) and would stream in a heartbeat!

The Man Who Stole Unpublished Manuscripts

Back in the summer of 2021, I remember hearing whispers about agencies and publishers receiving requests for manuscripts from someone who was very cleverly impersonating industry professionals. In August of 2021, Vulture published “The Spine Collector,” an investigative piece that attempted to discern the identity of this person, their scope, and why exactly they went to considerable lengths to steal early manuscripts only to apparently not do anything with them. It was a mystery for a little while, but then in January of 2022 the FBI arrested Filippo Bernardini and named him as the one responsible, charging him with wire fraud and identity theft. The big question surrounding this case is why? There is no clear financial pay-off and the biggest incentive seems to be that he wanted to read early copies of some really random manuscripts, from bestselling authors to debuts. Of course, all book lovers can relate to wanting to get their hands on a Word doc of their favorite author’s next work, but not many resort to fraud in order to get it. I would love to see a documentary about this guy, his motives, how he pulled it off, and the effect on publishing worldwide.

The Legacy of V.C. Andrews

I’m a millennial who was raised in a Christian household, but even I was not immune to the allure of Flowers in the Attic, the 1979 novel that has created waves for decades and has been passed around middle schools and high schools faster than wildfire. It’s the infamous story of dark family secrets and incest, and every other person I know has secretly read a copy. Andrews is best known for her shocking and taboo gothic mysteries and horror novels, usually dealing with family secrets, and over 100 books are credited to V.C. Andrews’s name with millions of copies in print…but what most people don’t realize is that she died in 1986 after only writing eight novels and leaving behind a handful of incomplete manuscripts. Her family hired Andrew Neiderman to complete the rest of the books, but once they realized that her name sold books, he continued to write dozens more, all published as V.C. Andrews. Neiderman also wrote The Woman Beyond the Attic: The V.C. Andrews story, which explores her life, career, and infamous desire for privacy. I think considering the absolutely wild appeal of her works, the interesting way her estate has continued her legacy into 2022 (a new V.C. Andrews novel is slated to release this year), and the immense impact her work has had on generations of readers, a documentary about Andrews would be riveting.

The Mysteries of The New York Times Best Seller List

This might be deep publishing insider baseball, but I truly do not think the average reader comprehends just how puzzling and bizarre The New York Times Best Seller list is. Making the list is certainly a prestigious achievement that most authors aspire to, least of all because it comes with a serious boost in visibility and sales, but what does it actually take and how is it actually calculated? (The answer is not as straightforward as you might think.) How has the list evolved over the years (RIP to the ebook bestsellers list), and what do the categories say about the types of books the list values? Finally…how have various authors, individuals, and publishers attempted (and succeeded!) to manipulate the list? There is the case of The Handbook for Mortals buying its way onto the list, which was uncovered on Twitter, but many conservative figures who publish books often resort to similar tactics. I think a thoughtful documentary (or documentary episode) could explore this in a nuanced and informative way. In the meantime, you can listen to a Book Riot podcast episode about it here.

The Influence of Celebrity Book Clubs

We all know the power of your average book club when it comes to driving sales (they’re everywhere, they sell books by word of mouth, they’re consistent in the number of books they pick up) but an interesting phenomenon over the past 25 or so years is the celebrity book club. Oprah launched her book club in 1996, and for years it’s known that if Oprah picks your book, you’re guaranteed enormous financial success. Take it from Tayari Jones, the author of An American Marriage, who talks about the ways the Oprah Book Club changed her life. Then take Reese Witherspoon’s book club, which takes the concept of a celebrity book club and had expanded in all sorts of directions, spawning an app, a pop-up store, a quarterly subscription box, and more. Not to mention, Reese has optioned many of her picks for the book club for film and TV, including Little Fires Everywhere, Daisy Jones and the Six, and Where the Crawdads Sing (as an aside, Delia Owens also has some documentary-worthy stories). There’s also the Read with Jenna book club on the Today show, which targets the morning show news audience and is hosted by Jenna Bush Hager. These are just some of the most popular ones, but how do they choose books and what is the influence of celeb book clubs on publishing, and on readers as a whole? I would love for someone to dig into that.

What Happened to L.J. Smith?

If you were reading YA books in the 1990s and early 2000s, then the name L.J. Smith is likely familiar to you. She’s best known for writing The Vampire Diaries series, which was popular at the time of its release in the ’90s and predated Twilight, but took off in a big way when the series was adapted for TV by the CW in 2009. She’s also the author of The Secret Circle (also made into a short-lived CW show) and the Night World Series, which is still unfinished to this day. (The final book was reportedly supposed to come out in 2000, and the book was supposed to be about how the year 2000 would be world-changing, so it’s probably safe to say a final book wouldn’t exactly be relevant anymore, but that doesn’t mean readers don’t still wish for it.) Despite her prolific career and popularity in the late ’80s to 1998, she took a hiatus from her career that lasted until 2008, when she wrote more Vampire Diaries books to coincide with the release of the show. However, the Vampire Diaries are the property of Alloy Entertainment, and they terminated her contract over disagreements about who the protagonist Elena should end up with. In a total boss move, Smith self-published her own “fan fiction” depicting how she wanted to end the series, but the rights holder doesn’t consider them canon. I want to know more about L.J. Smith and her influence on YA, particularly paranormal romance!

Alas, these documentaries don’t exist (yet) but if you want to watch something that you can stream right now, check out our list of literary documentaries available now!