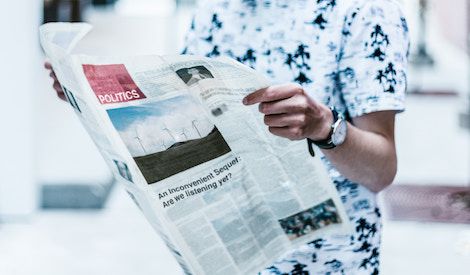 The book publishing world is fascinating. On one hand, thousands of new books enter the world this year, either via digital text or crisp, printed pages. On the other, sometimes one of those thousands of books gets the right attention for the wrong reason. Your reputation as an author or a reader is everything.

On August 17, 2017, Lani Sarem tried to convince the world that she had written a Young Adult Literature bestseller that had eclipsed Angie Thomas’s wonderful The Hate U Give. Rather, on the day, a group of people from the YA community—including Phil Stamper, Jeremy West, and others—investigated and found out that Lani and her publishing company had been buying multiple copies of her book Handbook for Mortals at stores that the New York Times used for their sample status, copies that didn’t even exist and thus there was no exchange of currency. After a few hours of embarrassment, the Times removed Sarem’s book from the list.

To add insult to injury, Sarem’s book isn’t even a decent read. There are hundreds of books in the Young Adult literature category, as well as plenty of reviewers who have frames of reference. Jenny Trout and others have read and reviewed chapter by chapter. They agree that it’s an awful story, one written by someone who thinks that writing a Young Adult novel is easy. What’s more, the protagonist of this book isn’t even a teen. Sarem and her publishers apparently thought that teens would readily accept a story with terrible prose, a cover stolen from another artist, and even a lack of research into how the Cirque du Soleil works. That’s not how it works; teens and adults who read YA are smarter than that. It’s also not cool to do this fixing if you are just trying to get a movie deal. If you are going to knock The Hate U Give off the number one position, then your book should at least match it in terms of prose quality, story, and character development.

The worst part has to be that Sarem got the Buffy the Vampire Slayer cast and JC Chasez of NSYNC involved. One of the former Buffy actresses formed the publishing company that published the book, and the rest of the cast as well as Chasez endorsed it on Twitter. While there are disagreements to how Buffy has stood the test of time, that is just not cool. We don’t need any more pedestals falling. And what’s more, it seems none of them explained how they could endorses a book that was so badly written.

In the year since Sarem was busted, she hasn’t apologized. She still wants to make her terrible deceit of a book into a film. Her attitude hasn’t changed on other fronts either. She doesn’t even seem to realize the racist implications of what it means to knock down Angie Thomas to Number 2 and Nicola Yoon completely off the New York Times bestseller list. In addition, she doesn’t realize that Young Adult readers are smart, and can tell when a story doesn’t work. Whatever my disagreements with books in the category—and that’s more because I’m a picky reader—you can at least appreciate that most authors put in the work to tell a story that they wanted to tell.

On the surface as well, not much has changed with the system that can allow an author to fix their place on a bestseller list. In theory, a person if they wished to, with the capital they had, could still do this. Phil Stamper explained this to me when I asked him. We don’t have safeguards for the system when the New York Times and other places haven’t thought about how they get their numbers for the bestseller list, especially when the Times is one of the most prominent lists for measuring a book’s success in the United States.

What has changed then? How we view Young Adult literature, and how we view the YA community. The past two years have revealed that if you try to deceive the people that love this genre, they are going to bust you. Hard. This generation of readers, journalists, and honest authors know how to put in the work to get evidence of deception.

In other words, there are no shortcuts. There is no easy way to building a writing career, and I say this as someone who has a relatively small career with a handful of books under my belt. If you are going to write a YA book, and you want people to like it, then you better actually put in the work. Make sure that you’re telling a good story because you want to tell a story, not because you want the perks that come with a New York Times bestseller. It appears we have to say this, because otherwise no one will listen.

There will always be people looking to dupe systems and avoid the work. But writing is hard work, and it shows when the prose pays off.