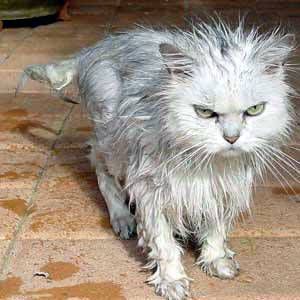 My literary pet peeve is readers who have pet peeves.

That’s a statement that surely won’t make me popular, but stay with me for a second. Hopefully I can get you to see things a little differently.

Here at the ‘ole Book Riot, we’ve covered literary pet peeves a few times, including earlier this week. I understand there are things that can be annoying, in literature as in life. I truly do. But it seems to me that it’s almost impossible that a talking animal or linked short stories or dream sequences or whatever you’ve added to your black list will be annoying every time it’s ever done from now on until the end of the world. Will those ALWAYS ruin your reading experience? Shouldn’t what makes or breaks a book — how it’s judged and how you value it — be made on a case-by-case basis? To me, identifying a thing, no matter how broad or specific, that you think will ALWAYS bug you about a book is counterproductive and short-sighted.

And worse, a literary pet peeve becomes a self-fulfilling prophecy, severely limiting your exposure to great books. That shouldn’t be: There are exceptions to every rule, and every rule is made to be broken. Readers often won’t touch a novel they discover includes a pet peeve. And that’s just silly. What if, for some reason, you decided you hate all novels that start with the letter “L”? To me, that “pet peeve” is just as arbitrary and irrational as deciding you’ll never enjoy books with dream sequences.

I used to think I hated linked short stories, and basically gave up on reading them — until I read Jennifer Egan’s A Visit From The Goon Squad. What a great novel! I used to think I hated talking animals in any form — whether in novels or or movies or car insurance commercials. But then I read Ishmael, by Daniel Quinn, and absolutely loved it! (Yes, I love Animal Farm, too — having re-read it since the first time I read it in high school, when I hated it. You know, not because of the ideology, but because those silly pigs were talking!) I hated endnotes in literature, until I discovered David Foster Wallace. And I’m pretty sure my conversion there has been practically religious in scale  — like Saul to Paul. (I’ve heard some people claim Biblical references in literature is a pet peeve. Sorry about that last one, then — but, if that’s you, you probably stopped reading a while ago. And while we’re here, breaking the fourth wall is often identified as a pet peeve. And here we are again.)

Here’s the rub: I’m all for keeping an open mind and open options when it comes to books. And so anything — whether it’s the gender of the author, or whether the novel is published by a big house or an indie, or yes, whether the novel contains your pet peeves (or as I see them certain things you’ve identified, that a previous author(s) you read did poorly, and now you universally don’t like) — that limits reading choices is anathema in my book.