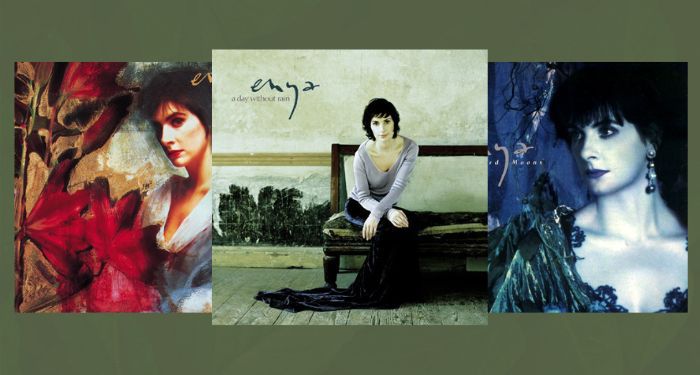 For a lot of people, Enya’s music is considered a guilty pleasure but there has never been anything guilty about it for me. This is partially because there are hobbies from my past that are much, much more embarrassing than the fact that I downloaded Enya’s music videos from Limewire. I was, for example, a huge fan of the musical CATS. You cannot shame me, I am immune. I have never claimed to have sophisticated musical taste. Enya’s music makes me feel the same way today as it did as a young teenager: that there’s magic in the world.

If you aren’t familiar with Enya, here are the basics: Enya is among the bestselling musical artists in the world. Her music is often classified as New Age, which is not a classification she readily accepts, she characterizes it as simply ‘Enya.’ “Enya” is technically a trio of people — Eithne Brennan (who records music as the more-phonetically-spelled ‘Enya’) and Nicky and Roma Ryan, her producer and lyricist respectively. Enya rarely gives interviews and has never been on tour. It’s a very specific, curated type of fame that I’m not sure exists anymore. Her social media accounts were briefly very active during the pandemic and have since stalled out (which is a mystery that haunts me to this day). It has been seven years since Enya’s last album, and before that it was a further seven years between releases. As an Enya fan, you get very good at waiting.

Enya is a very private person. I could not imagine her writing a memoir, though I’d be first in line to buy it. It is hard to imagine her doing anything normal, like buying shoes, but it is easy to imagine her sitting in her castle with its literary name and relaxing in front of what is certainly one of many fireplaces with her cats and a good book. Enya does not have a Goodreads account but based on the books she’s mentioned in the few interviews that exist, I feel equipped to make a couple of suggestions.

What would Enya read?

Enya has released two instrumental tracks “Miss Clare Remembers” and “No Holly for Miss Quinn,” which are both also titles of books in Miss Read’s Fairacre series of novels of English village life. It’s safe to assume that Enya enjoys a cozy village novel. These novels were published in the mid-20th century and contain some outdated and in some cases racist language. If she is a fan of a cozy story, I would recommend a cozy mystery like Dial A for Aunties.

Even before Enya recorded “May It Be” and “Aniron” for the 2001 movie adaptation of The Fellowship of the Ring, one of the few things one could guess about her was that she was a fan. Her third album, Shepherd Moons, contains an instrumental track called “Lothlórien,” which is the home of the Galadhrim elves. She is no stranger to singing in fantasy languages having done so in both Sindarin (Elvish, for the uninitiated) and Loxian, a language invented by her lyricist, Roma Ryan. I think she might enjoy a more modern epic journey like The Fifth Season by N.K. Jemisin.

She has stated in interviews that as a child, she read “all the boarding school books” and, in fact, attended a boarding school — so how about a modern boarding school book? I don’t want to scare Enya but I think Catherine House by Elisabeth Thomas would be an interesting choice for her. Or Donna Tartt’s incredible work of dark academia, The Secret History.

Enya lives in an actual castle that she renamed Manderley, after the house in Rebecca. It’s unclear if she’s a big Daphne du Maurier fan or a big Hitchcock fan or both. Either way, I would recommend she try something like Mexican Gothic by Silvia Moreno-Garcia.

Working on this list brought me back to the hours I spent as a young teenager Googling every combination of words to get the latest news about one of my favorite performers. It’s been a while since the last time Enya has had anything to announce, so I hope that wherever she is there are good books there.

For more dives into famous literary lives, may we suggest:

The Bookish Life of Dolly Parton

The Bookish Life of Angela Lansbury