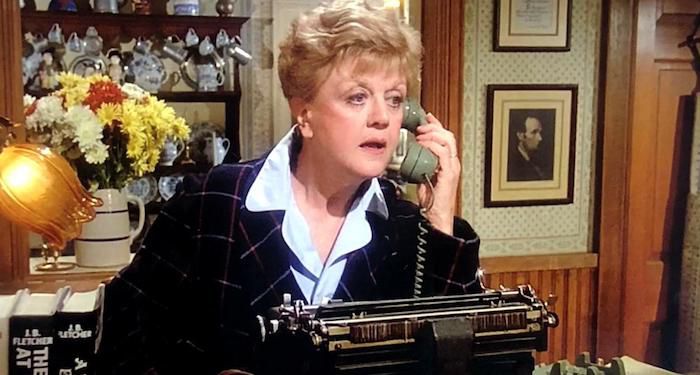 Dame Angela Lansbury died on October 10 at age 96, and I am in mourning. One of the ways that I cope with losing an icon like this is by looking back at their life — and with a 75-year career, Lansbury left us a lot to revisit.

Born October 16, 1925, in London, England, Lansbury moved to New York in 1940 to escape the Blitz. She studied acting for two years before moving to Hollywood. Her first three roles were Gaslight (adapted from the play by Patrick Hamilton), National Velvet (adapted from the novel by Enid Bagnold), and The Picture of Dorian Gray (Oscar Wilde). She rounded out the 1940s with roles in The Harvey Girls (Samuel Hopkins Adams), If Winter Comes (A.S.M. Hutchinson), The Private Affairs of Bel Ami (Guy de Maupassant), The Three Musketeers (Alexandre Dumas), The Red Danube (Vespers in Vienna by Bruce Marshall). She also performed in the radio adaptations of Pride and Prejudice and Of Human Bondage.

In the 1950s, Lansbury had her first television appearance on Robert Montgomery Presents, in an adaptation of The Citadel by A.J. Cronin. She performed in some touring plays and had three children, withdrawing from her Hollywood studio contract. One of her movie roles as an independent actress was in The Long Hot Summer, based on William Faulkner’s novella Spotted Horses, his short story “Barn Burning,” and his novel The Hamlet.

Following her 1962 roles in All Fall Down (James Leo Herlihy) and The Manchurian Candidate (Richard Condon), she made the move to Broadway. From then on, she worked on stage and screen, both large and small. Her Broadway breakout role was the lead in Mame, based on the novel Auntie Mame by Patrick Dennis, which had been adapted as first a play and then a musical. On screen, she appeared in The World of Henry Orient (Nora Johnson, who co-wrote the screenplay with her father Nunnaly Johnson).

In 1970, she moved her family to County Cork, Ireland, following her son’s drug struggle and apparent interactions between her daughter and Charles Manson (I believe this was also recounted in the book Manson: The Life & Times of Charles Manson). In 1971, she starred in Bedknobs and Broomsticks (The Magic Bedknob and Bonfires and Broomsticks by Mary Norton). In 1978, she returned to the screen for Death on the Nile (Agatha Christie), and in 1979, she was in the remake of Hitchcock’s The Lady Vanishes (The Wheel Spins by Ethel Lina White). On stage in that decade, she starred in Gypsy (based on the memoirs of Gypsy Rose Lee), Hamlet, The King and I (Anna and the King of Siam by Margaret Landon), and as Mrs. Lovett in Sweeney Todd (based on penny dreadful The String of Pearls), a role written partly for her by Stephen Sondheim.

In 1980, she appeared on screen as Miss Marple in The Mirror Crack’d (The Mirror Crack’d from Side to Side by Agatha Christie). In 1982, she appeared (or rather, was heard) in The Last Unicorn (Peter S. Beagle), and in 1984 she was the grandmother in the film based on Angela Carter’s “The Company of Wolves” from her collection The Bloody Chamber.

Murder, She Wrote ran from 1984 to 1996 on CBS television. Rather than being based on a book, the mystery series created an author whose small town of Cabot Cove, Maine, was absolutely wracked with murders, all of which Lansbury’s Jessica Fletcher ably solved. The series was so successful that it spawned a board game, four TV movies, two video games, a Funko Pop, and a book series. Actually, two book series: in the 1980s, Avon released four novels based on episodes of the show — three by James Anderson and one by David Deutsch — and since 1989 there have been 55 novels “by” Jessica Fletcher and a co-writer (the vast majority by the late author Donald Bain; currently Terrie Farley Moran), with a 56th due out in 2023. There have also been three Murder, They Wrote short story anthologies “presented by” Jessica Fletcher.

In 1991, she played one of her most famous roles of all time: Mrs. Potts in Disney’s Beauty and the Beast, based on the fairytale. Her performance of the title song earned both an Oscar and a Grammy, among other awards and accolades. The following year she starred in Mrs. ‘Arris Goes to Paris (Paul Gallico), directed by her son. In 1997, she played the Dowager Empress in Anastasia, which is not based on a book but feels mighty bookish.

Following her husband’s death in 2003, she “retired,” which is to say she slowed down moderately. Her subsequent film appearances included in Nanny McPhee (Nurse Matilda by Christianna Brand) in 2005, Little Women in 2017 (the miniseries is severely underrated in my opinion), and in a cameo in Mary Poppins Returns in 2018. She also appeared on stage in Terrence McNally’s Deuce, Noel Coward’s Blithe Spirit, A Little Night Music, and Driving Miss Daisy. Her final stage appearance was in a one-night performance of The Important of Being Earnest in 2019.

Named a Dame Commander of the Order of the British Empire, Lansbury was known as “First Lady of Musical Theatre,” won BAFTA, Academy, and SAG Lifetime Achievement Awards, and was considered a gay icon. She was nominated for three Academy Awards for Best Supporting Actress, but did not win any of them. She won a Golden Globe for Murder, She Wrote and a Grammy for Beauty and the Beast. Despite 18 Emmy nominations, she did not EGOT, but is one of the few performers to have been nominated for all four awards.

We will all be able to see her one last time in a cameo role in Glass Onion: A Knives Out Mystery, and of course her many other bookish roles will always be there for us to revisit (and wish we’d seen her on Broadway or the West End).