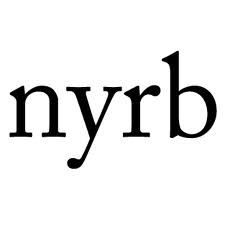 We received your letter. We heard your rage, your frustration, your despair over the fact that we, one of the nation’s and world’s leading book review publications, employ a disconcertingly small number of female reviewers and publish an equally disconcerting number of reviews of books by women. You laid out the numbers for us. In 2012, we employed 40 female reviewers and 250 male reviewers. That same year, we reviewed 89 female authors and 316 male authors. Those numbers look bad on paper. They look even worse when you’re the one responsible for those numbers.

We’ll admit, our first reaction was to write you a letter defensively listing off all the women we HAD featured in our publication last year. We have featured women! We’re not Esquire, only mentioning Flannery O’Connor because someone’s AP English teacher forgot to disclose that Flannery had a vag. We feature women all the time! Zoe Heller, Joyce Carol Oates, Zadie Smith, Francine Prose, Joan Didion, Claire Messud, I could go on for… a few more names! And I know our latest issue (August 15, 2013) doesn’t look GREAT with twenty-six pieces by male writers and one piece by a female writer (well, two if you count Joan Didion’s closing piece!). But we’ve had other issues where the numbers weren’t… quite so bad! So I had this letter all written out, this letter where I argued with you and ultimately dismissed your claims. I had that letter all set to go. Then I didn’t send that letter. I sent this one.

Our numbers are bad and they need to be better. We need to be more than better; we need to be the best. We are the New York Review of Books for crying out loud! We are tastemakers, conversation changers, and cultural leaders. And we need to lead better.

It’s hard to admit you’re wrong, especially when you’ve been wrong for such a very long time. It makes you feel stupid, having spent so many years being wrong. Admitting fault is like admitting stupidity. This is painful. Admitting we have been wrong is agonizing. To go on being wrong would be unbearable.

Change will not be easy. This is a basement-to-attic clean-up. There are a lot of relationships and egos to sort out in this mess. This is going to take a while. While we’re doing all this heavy lifting, all the while there will be a pervasive fear that no matter how many changes we make, we will still be torch-and-pitchforked, so if we’re going to anger people no matter what we do, we might as well keep doing what we’ve BEEN doing. That said, this is important work, and we are going to do it because we understand that by giving women a fraction of our space we are saying to the world that women are worth a fraction of our time. We don’t want to say that. So we’re going to stop.

Being the New York Review of Books, we should probably end this missive with a Faulkner or Rilke quote, but we feel like the most fitting words to leave you with come from Peter Parker’s Uncle Ben. “With great power comes great responsibility.” From now on, we promise to be more responsible.

The New York Review of Books