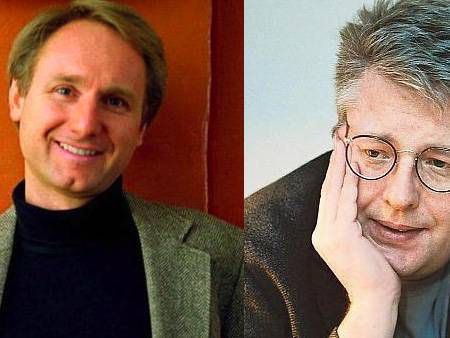 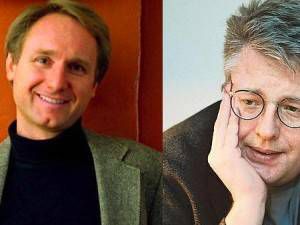 Let’s go to the scorecards:

There are really three central conceits in the Browniverse. First, there is a field of academic study called “symbology,” which focuses on symbols, almost exclusively from Western European culture, it would seem. Second, that the symbols “symbologists” study are all over the place and play a significant role in a variety of secret orders, religious institutions, and artistic traditions. Third, that large international religious organizations (i.e. the Catholic Church and the Freemasons) are hiding some serious secrets.

Two big ones for Larsson. The first is the person of Lisbeth Salander herself: a near-professional quality boxer who also happens to be the world’s greatest computer hacker, but not like any hacker we hear about. Basically, if there is information on a computer anywhere, she can get it. The second is that an enormous sex-trafficking ring holds enormous sway over the Swedish government.

Your preference will depend on how realistic you like your thrillers. Brown tends to be more cartoonish, tending toward National Treasure-level fancifulness, where Larsson is grounded in a more familiar reality. I think the more likely a thriller seems, the more exciting it is, so this one goes for Larsson.

There are action sequences in the Millenium trilogy, but they are relatively sparse for a thriller. Larsson relies on build-up and tension to keep the pages turning. Brown, on the other hand, isn’t afraid to throw in some Bond-level action, with anti-matter bombs, breathable liquids, and self-flagellating albino assassins. 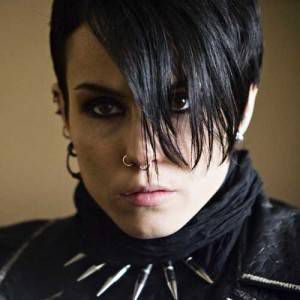 This one isn’t much of a contest. Langdon is good at what he does, but has the demeanor of what he is–a curious, well-meaning academic. Salander, as unlikely of a person as she is, has personality, style, and a serious chip on her shoulder.

It’s a little misleading to call Mikael Blomkvist a sidekick, but he does play second-fiddle to Salander for most of the trilogy. Their relationship is sorta father-daughter, student-teacher, maybe-coulda May-September. Langdon has a revolving door of female co-stars, most of whom are the daughters or grand-daughters of recently murdered experts in some abstruse field of knowledge. Think nerdier Bond girls, without any possibility of extra-curricular activity.

Everyone likes a good twist, but go too far and that twist turns into a ridiculously implausible head-slapper. Brown’s city-wide, century-old puzzles for Langdon to crack are kinda fun, but also jaw-droppingly artificial. Larsson doesn’t really trade in cockamamie outside what is normal for a thriller, but it’s Salander’s impossible ease at accessing digital information that strains credulity. And it’s not only impossible, but impossibly boring; the narration of Salander browsing the files on the computer of some mid-level Swedish bureacrat make the whaling industry chapters of Moby Dick seem like absolute rippers. At least Brown’s absurdity is entertaining. 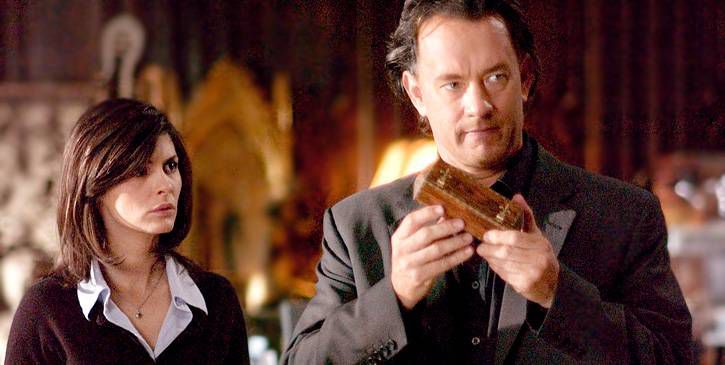 Larsson, himself an investigative journalist, wraps his central investigative story with a larger frame about the violence against women in his home country, and the systemic silence around it. Brown’s message is…..Jesus had a kid, maybe? Also, blowing up cities is bad.

Brown is no Nabokov, to put it mildy, but the pages, they do turn. Unless you are fluent in Swedish, you are subject to judging Larsson in translation, which is a sucker’s game.

The Swedish adaptations are quite fine, and have made Noomi Rapace into a Hollywood name. The David Fincher-directed version of The Girl With The Dragon Tattoo was beautiful work, but only a moderate success, and the second two installments are in doubt.

Ron Howard’s fun, capable adaptations of Angels and Demons and The Da Vinci Code are notable more for their cinematography than anything, though Ian McKellen and Ewan McGregor do some fine likable-villain work. 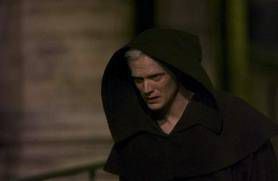 Larsson’s bad guys are downright evil–of the raping, murdering, and torturing kind. You want them dead, buried, and somehow purged from existence and your memory. Brown’s bad guys are monomaniacs for sure, but more power-hungry and narcissistic than evil. Where Larsson’s villians have a hole in the middle of them where a soul should be, Brown’s have souls that are twisted and deformed, but still recognizable as somehow human. Your preference will depend on what you want out of a villain—-do you want the total evil Sauron or the maybe-relatable Darth Vader? As I don’t find the “pure evil” angle particularly interesting, I’m reluctantly going with Brown.

The Vatican. The Louvre. The Washington Monument. Half the fun of a Dan Brown novel is watching Langdon traipse through some iconic location and find it dripping with arcane clues about triangles and roses.

Larsson’s Sweden seems pretty bleak and featureless, though you do get some Ikea references. (Come on admit it–you have a Billy bookcase don’t you?) I’m sure Sweden has its charms, but they aren’t on display here.

The Q Factor is a marketing tool to measure the relative popularity of celebrities and brands. I don’t know what the actual Q scores of Brown and Larsson might be, but Larsson is clearly the more intriguing figure. Brown was an English teacher and wannabe song-writer before the Langdon books, and he seems to live a pretty quiet life in New Hampshire. Larsson gives you a little bit of everything: provocative career as investigative journalist, died before the Millennium books really took off, post-mortem family/estate drama, rumors of a mysterious fourth title. Let’s put it this way–if you were to make one of these guys the hero of a thriller series, no one is choosing Brown.

And the winner is….Stieg Larsson. While Brown’s books are a little more fun, Larsson’s are more believable. It’s close enough that this will come down to the individual reader in most cases, but that’s what makes this interesting.

Alright, that’s my take. Here’s your chance to vote: