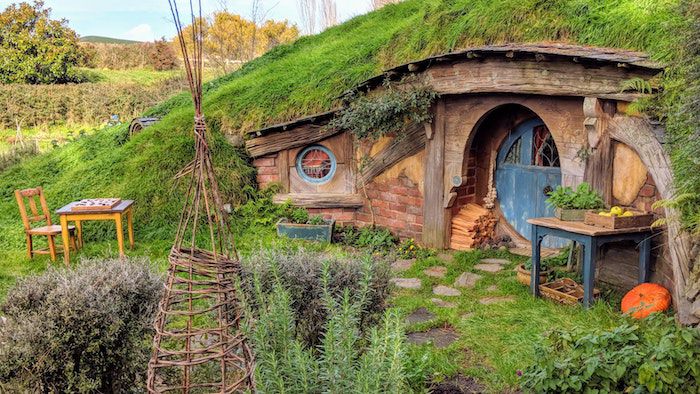 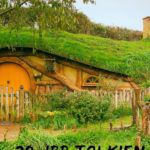 J.R.R. Tolkien is one of the most revered fantasy authors of all time, writer of the epic fantasy of epic fantasies, crafting languages, worlds, and narratives. His quotes from The Lord of the Rings series are well-known; there are so many superb lines and I certainly included many of those in this list. But I wanted to also include essays from his interviews, essays, and letters; a small glimpse into the words he used throughout his life. Here are 28 J.R.R. Tolkien quotes, from his books, essays, poems, and letters.

“If more of us valued food and cheer and song above hoarded gold, it would be a merrier world.” —The Hobbit

The Lord of the Rings Main Series

“Faithless is he that says farewell when the road darkens.” —The Fellowship of the Ring

“He that breaks a thing to find out what it is has left the path of wisdom.” —The Fellowship of the Ring

“‘I wish it need not have happened in my time,’ said Frodo.
‘So do I,’ said Gandalf, ‘and so do all who live to see such times. But that is not for them to decide. All we have to decide is what to do with the time that is given us.'” —The Fellowship of the Ring

“It’s the job that’s never started as takes longest to finish.” —The Fellowship of the Ring

“The world is indeed full of peril, and in it there are many dark places; but still there is much that is fair, and though in all lands love is now mingled with grief, it grows perhaps the greater.” —The Fellowship of the Ring

“My name is growing all the time, and I’ve lived a very long, long time; so my name is like a story. Real names tell you the story of the things they belong to in my language, in the Old Entish as you might say. It is a lovely language, but it takes a very long time to say anything in it, because we do not say anything in it, unless it is worth taking a long time to say, and to listen to.” —The Two Towers

“War must be, while we defend our lives against a destroyer who would devour all; but I do not love the bright sword for its sharpness, nor the arrow for its swiftness, nor the warrior for his glory. I love only that which they defend.” —The Two Towers

“It is not our part to master all the tides of the world, but to do what is in us for the succor of those years we are set, uprooting the evil in the fields that we know, so that those who live after may have clean earth to till. What weather they shall have is not ours to rule.” —The Return of the King

J.R.R Tolkien Quotes from Other Books and Poems

“‘Many are the strange chances of the world,’ said Mithrandir, ‘and help oft shall come from the hands of the weak when the Wise falter.” —The Silmarillion

“For of us is required a blind trust, and a hope without assurance, knowing not what lies before us in a little while.” —The Silmarillion

“A man that flies from his fear may find that he has only taken a short cut to meet it.” —The Children of Hurin

“Blessed are the legend-makers with their rhyme of things not found within recorded time.” —from “Mythopoeia” (1931)

“The significance of a myth is not easily to be pinned on paper by analytical reasoning. It is at its best when it is presented by a poet who feels rather than makes explicit what his theme portends; who presents it incarnate in the world of history and geography, as our poet has done. Its defender is thus at a disadvantage: unless he is careful, and speaks in parables, he will kill what he is studying by vivisection, and he will be left with a formal or mechanical allegory, and what is more, probably with one that will not work. For myth is alive at once and in all its parts, and dies before it can be dissected.” —from “Beowolf: The Monsters and the Critics” (1936)

“Small wonder that spell means both a story told, and a formula of power over living men.” —from “On Fairy-Stories” (1939)

“The mind that thought of light, heavy, grey, yellow, still, swift also conceived of magic that would make heavy things light and be able to fly, turn grey lead into yellow gold, and the still rock into a swift water. If it could do the one, it could do the other; it inevitably did both. When we can take green from grass, blue from heaven, and red from blood, we have already an enchanter’s power.” —from “On Fairy-Stories” (1939)

“Fantasy is a higher form of Art, indeed the most nearly pure form, and so (when achieved) the most potent.” —from “On Fairy-Stories” (1939)

“The story-maker proves a successful ‘sub-creator’. He makes a Secondary World which your mind can enter. Inside it, what he relates is ‘true’: it accords with the laws of that world. You therefore believe it, while you are, as it were, inside. The moment disbelief arises, the spell is broken; the magic, or rather art, has failed.” —from “On Fairy-Stories” (1939)

“Fantasy remains a human right: we make in our measure and in our derivative mode, because we are made: and not only made, but made in the image and likeness of a Maker.” —from “On Fairy-Stories” (1939)

“The prime motive was the desire of a tale-teller to try his hand at a really long story that would hold the attention of readers, amuse them, delight them, and at times maybe excite them or deeply move them.” —from the foreword to the 2nd Edition of The Lord of the Rings (1966)

“The invention of languages is the foundation. The ‘stories’ were made rather to provide a world for the languages than the reverse. To me a name comes first and the story follows.” —The Letters of J.R.R. Tolkien

“A friend of mine tells that I talk in shorthand and then smudge it.” —Christina Scull and Wayne Hammon’s Chronology

“Keep up your hobbitry in heart, and think that all stories feel like that when you are in them. You are inside a very great story!” —The Letters of J.R.R. Tolkien, Letter 66 to Christopher Tolkien on May 6, 1944

“I am in fact a Hobbit (in all but size). I like gardens, trees, and unmechanized farmlands; I smoke a pipe, and like good plain food (unrefrigerated), but detest French cooking; I like, and even dare to wear in these dull days, ornamental waistcoats. I am fond of mushrooms (out of a field); have a very simple sense of humor (which even my appreciative critics find tiresome); I go to bed late and get up late (when possible).” —Letter to Deborah Webster, October 25, 1958

“Human stories are practically always about one thing, aren’t they? Death. The inevitability of death.” —1968 BBC2 documentary Tolkien in Oxford

“I do so dearly believe that no half-heartedness and no worldy fear must turn us aside from following the light unflinchingly.” —Letter to Edith, quoted in J.R.R. Tolkien: a biography (1977) by Humphrey Carpenter

“A story must be told or there’ll be no story, yet it is the untold stories that are the most moving.” —letter to his son Christopher on January 30, 1945, The Letters of J.R.R. Tolkien