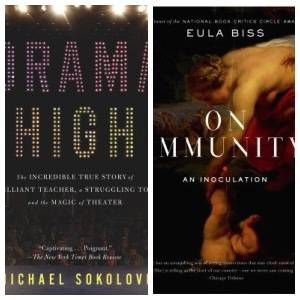 Station Eleven by Emily St. John Mandel was one of my favorite books of 2014. Set 20 years after a pandemic flu ravaged the population, the book follows a traveling theatre troupe that brings Shakespeare plays and classical music to small settlements around the Midwest. The book jumps back and forth in time, showing ways in which individuals have found meaning and purpose in a world entirely different from what they expected.

In addition to just being a beautifully crafted story, Station Eleven made me think a lot about the value of art, the importance of community, and the ways in which life is more than just surviving. These two books are both great reads that explore many of the same ideas that Mandel does in her book: 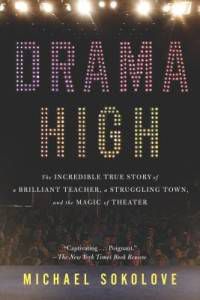 The motto of the Traveling Symphony – “Because survival is insufficient” – is, I think, something that Lou Volpe and the students at Truman High School, the subjects of Drama High, would wholeheartedly agree with.

Truman High School is located in Levittown, Pennsylvania, a former manufacturing-based community that has not adjusted to the new economy as well as some neighboring communities. Despite being a blue-collar community, the drama program at Truman is one of the most highly respected in the nation thanks to the dedication of director and teacher Lou Volpe.

Although Drama High is very much grounded in the story of Volpe and his students, the book also looks at the status of arts education in the United States and shows why the overwhelming tendency to cut the arts while increasing time spent on reading, math and science classes, may not be in the best interest of students. It’s also one of those books that sinks into you unexpectedly – I found myself tearing up as I read the speeches that Volpe gave to his student before a final performance together. It’s a lovely, heartfelt, book. 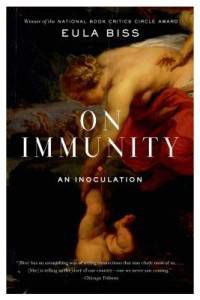 The cause of the flu that wiped out most of humanity in Station Eleven is never really identified. But in the days, weeks, and months after the outbreak, survivors find themselves living in a perpetual state of fear, both of each other and of their own potential susceptibility to this pandemic disease.

While Eula Biss’ most recent book, On Immunity: An Inoculation, is right in the middle of the current debate about vaccines, it’s broader questions about fear, family, and community will be relevant for a long time and are connected to many ideas in Station Eleven.

One of Biss’s most convincing and thoughtful points is that immunization is, often, not for the individual, but instead for the broader “cloak of protection” that herd immunity can provide to the unvaccinated and those for whom vaccinations aren’t effective. In this way, On Immunity is also a meditation on the idea of citizenship and the way in which we are deeply connect to one another. The questions Station Eleven are the same – how do we come together in a shared space to make a life worth living?