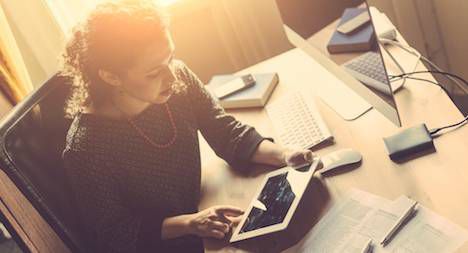 The queer bookternet has been my hometown for many years now. I spend most of my time there, I feel at home there, and when I’m not reading or writing about queer books online, I’m generally thinking about it. Unfortunately, it can be difficult to sniff out queer books in the wild. Though there are more LGBTQIA+ books being published all the time, it remains difficult to find them without being armed with the knowledge of the titles and authors to seek out.

With that in mind, I thought I’d put together a quick primer to some of the most helpful sites on the internet where you can find queer books. I want to put a big disclaimer here that I am very biased: I am primarily interested in queer women lit, so I am significantly less familiar with sites that focus on queer men. I do try to seek out sites that focus on trans lit, but I wouldn’t be surprised if I have missed some. (In fact, I hope I have—I want to find a lot more!) Please let me know in the comments which sites you recommend that I missed—especially for representation of queer men.

I have to start with Lambda Literary, who have been around since 1989. They have the annual Lambda Literary Awards, the biggest awards in LGBTQIA+ lit.

Format: Read Lambda Literary not just for the awards, but also the in-depth reviews and occasional news stories.

Representation focus: This is probably the most even coverage on this list for the whole LGBTQIA acronym, though of course there are more gay & lesbian books published than intersex, asexual, trans, or even bi.

LGBTQ Reads, and especially their accompanying tumblr, is one of my favourite corners of the queer bookternet of the moment. It’s run by Dahlia Adler, an author of queer books, and she is constantly answering questions for recommendations, no matter how obscure the query, as well as putting together huge lists of recommendations in different genres.

Format: LGBTQ Reads has less in the way of reviews and much more varied content, including excerpts, lists of new LGBTQ releases, guest posts, and Fave Fives focused on a topic.

Representation focus: As the name suggests, Adler covers a range of representation. (It might be my own bias, but I think there is a little more queer women lit covered, but not by a lot.)

Speaking of bias, here’s my own site! The Lesbrary has been around for more than 7 years, and we’ve grown a lot in that time (including our accompanying tumblr: Fuck Yeah Lesbian & Bi Literature!) We’re also on Twitter and Facebook. If you like the Lesbrary and want to be entered in queer women book giveaways every month, we have a Patreon! For more of my queer book talk, other than the posts I do here on Book Riot, check out my booktube channel.

Format: The Lesbrary is mostly made up of reviews from the Lesbrary team (usually about a dozen different reviewers), as well as biweekly Link Round Ups, which gather together all the relevant queer women book content happening in the rest of the bookternet.

Genre focus: We try to do a range of genres, from children’s and YA to graphic novels to memoirs and history, but we might have a slight bias towards “literary fiction.” We’re less romance-centric than most lesbian book blogs. Each reviewer has their own focus, though!

Of course I couldn’t leave out one of my favourite queer book bloggers, and that’s Casey! As the name suggests, Casey does talk about queer Canadian lit and queer women lit a lot, but she has branched out into more generally queer book content as well. You should also check out her queer book posts on Autostraddle and right here on Book Riot!

Format: Lots of reviews, but also lists and discussion posts.

A staple on queer book tumblr is Bisexual Books. They’ve been on tumblr for four years, and they provide the best coverage of everything worth talking about in the bisexual book world. Everything is meticulously tagged, so you can browse by genre, orientation, identities (like only black bisexual content, or bisexual characters with disabilities), or just read the “Best of” category for original content.

Format: Because this is a tumblr, there are lots of links and reblogs, but also discussion posts, reviews, and sometimes angry take-downs of biphobia.

Genre focus: A range, but often YA.

I can’t, of course, encompass all of the queer bookternet in a list of five, but these are some of my favourites, and following them will quickly lead you to more. Because I can’t help it, though, here’s a bullet list of more that I can’t bear to not mention:

Well, I intended this post to be about half this length, but I find it difficult to stop when I get started. What are some of your favourite resources for finding queer books? I already follows hundreds of book blogs, but I’m always looking for more!