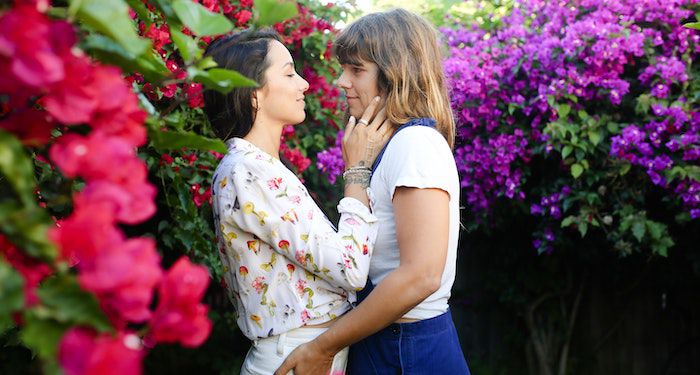 If you’ve ever perused through Goodreads reviews, you’ve likely encountered this term before: “instalove.” Similar to “love at first sight,” it refers to when a character falls head over heels, “I will abandon my life to follow you to the ends of the Earth” in love with someone despite having spent very little time with the object of their affection. And I get it. It’s hard to be invested in Snow White and The Prince when they haven’t spent more than five (conscious and awake) minutes around each other.

On the other hand, this term is often applied too liberally. I love a friends-to-lovers romance as much as the next reader, but just because the two characters haven’t known each other their whole lives doesn’t make it instalove. It’s perfectly reasonable to start building a connection with someone within a few weeks of meeting them. Sometimes just a handful of deep conversations can make it feel like you have a better understanding of each other than most of the people you’ve known for years.

Besides, often these stories follow characters put into larger-than-life situations. When you go through something stressful, life changing, or traumatic with someone, it often gives you an intense bond (for better or for worse). Of course the two chosen ones are devoted to each other: they’re the only one who understands, who can related to how difficult it was to have to make the decision to destroy the dragon egg clutch or shut the portal with your best friend on the other side or give up your water magic to save the world.

Even outside if these fantastical situations, though, there’s a reason “love at first sight” is a term. Locking eyes with someone across the room and instantly feeling like you were destined to meet them: it’s a cliché because so many people can relate to it. We all have our own ways into romance, intimacy, and even friendship. Just as some people can sidle up to a stranger and declare them their best friend within the hour, some people fall for each other at the drop of hat. We’ve all heard stories about a couple who got married within a week of meeting and are still together decades later. It may not be likely, but it happens!

Maybe I’m defensive, but despite having only ever dated people I was first friends with, I can absolutely relate to instalove, especially if we’re talking about YA and teenagers. When I was a teenager and in my early 20s, I felt like I could fall in love with anyone, given the right opportunity and context. People are fascinating and complex. I don’t have a “type” as much as I just appreciate the variety of human personalities and perspectives. Sometimes, a certain outfit or line or laugh will make me feel I’ve fallen under their thrall.

And sure, some people will say, “That’s not love. That’s a crush.” To which I reply: poppycock. I hate the “No True Scotsman” kind of definition of love. There are a million kinds of love: passionate, fleeting, cruel, selfless, informed, clueless ‚ I could go on forever. Just as a poem doesn’t have to be a staggering work of genius to count as a poem, love doesn’t have to be the Platonic ideal to count as love.

Even if you’re not the kind of person who can understand falling in love quickly, that doesn’t mean that instalove (or instalove-ish) stories have no appeal. Part of the allure of fairy tales is that they aren’t realistic. Sure, I’m unlikely to ride off into the sunset with some royal in shining armor who name I have yet to learn, but it can be fun to imagine. In a thrilling dystopian novel with lives on the line, I (personally) don’t need to read about two characters asking second date questions and slowly getting to know each other over the course of many months before committing to anything serious. I’m ready to be swept up in the excitement!

Of course, I would be remiss to defend instalove without drawing on my queer women heritage. I started dating with a scarcity mindset, so I half fell in love with every queer woman I met, especially if they showed me any interest. UHauling is no joke: a friend of mine stayed the night on her first date and then never left. They’re married with two kids now. Instalove feels a lot less fictional when you’re sapphic.

You have every right to read the tropes you’re interested in and discard the rest, but I implore you to reconsider the idea of instalove as an inherent flaw of a book. Just because you don’t enjoy a trope doesn’t make it poorly written. Some of us enjoy getting lost in a whirlwind romance, thank you very much.

Learn more about romance tropes with these posts: