In the last two years, I’ve dabbled in making literary jack o’lanterns for our building’s Halloween party. Here are my attempts at The Lorax by Dr. Seuss and Where the Wild Things Are by Maurice Sendak: 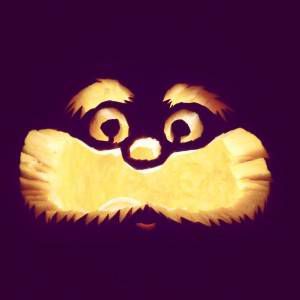 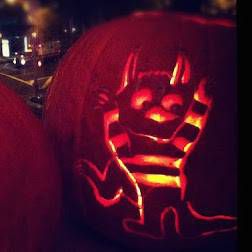 What to do next? I went online to get some inspiration for this year’s pumpkin, and after an hour of browsing all I have to say is this: Thanks, Internet, for giving me an inferiority complex about carving pumpkins. Check out these incredible literary jack o’lanterns!

Alice in Wonderland by Lewis Carroll

Curl Up With a Good Book

Halloween might be over, but this Where the Wild Things Are pumpkin near our office is still awesome. pic.twitter.com/TtT9uVED

Where the Wild Things Are by Maurice Sendak (Not a jack o’lantern, I know, but it was too cute not to include)

The Gruffalo by Julia Donaldson

Hey @Race4caster, this may be the best pumpkin carving ever, especially for wx geeks. pic.twitter.com/KL6KLU3Eos

Harry Potter and the Prisoner of Azkaban by J.K. Rowling

The Hobbit by J.R.R. Tolkien by

What about you? Are you thinking of carving a literary-themed jack o’lantern this year?