There’s been more coverage than usual in the past few years about the problems of mass incarceration within the United States. The New Jim Crow: Mass Incarceration in the Age of Colorblindness was one of the most powerful books I’ve read in recent years but, as with most books I’ve read on the subject, it was primarily a close look at just one segment of the prison population: Men.

The reality is that women are the fastest growing segment of the prison population – and they’re the most vulnerable. As many as nine out of ten incarcerated women have suffered from domestic and/or sexual abuse and have experienced extreme poverty. Many are locked up for minor, non-violent drug offenses, or crimes of survival. Those who have been locked up for violent offenses were often acting against those who were abusing them.

Once they are released, they’re treated as second-class citizens. They’re branded forever as felons. They’re not able to serve on juries. They can be legally discriminated against for housing, employment, public benefits, and access to education. In my home state of Iowa, and in several other states across the country, they are stripped permanently of the right to vote.

Society as a whole is largely indifferent to these issues. It shouldn’t matter these are people’s mothers, daughters, wives, or sisters – though they are. Society shouldn’t need those qualifiers to realize that these are human beings we’re talking about. They are real people with real voices and they have stories to share. They are powerful.

You might expect personal narratives from incarcerated women to be depressing, full of violence and despair. Sure, you’ll find those things, but you’ll find a lot more. These are not the stories of victims. They are the stories of women with remarkable courage and dignity, with perseverance even when faced with obstacles that would be impossible for most people to imagine. These are human beings with voices that deserve to be heard. 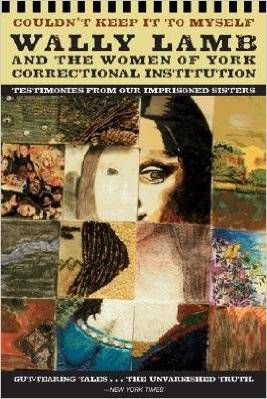 In the introduction to Couldn’t Keep It to Myself, Wally Lamb makes no bones about the fact that he wanted nothing to do teaching a writing workshop at a women’s correctional facility. He felt tricked into it and resentful for it. Tricked or not, I’m glad he worked with these women and I’m glad their stories exist for us to read. They are powerful and endearing and humanizing. They are the stories of boastful women, of women with no confidence, of women with no identity, of women who are surviving only because of their kids, and of women who have no reason to want to survive, yet do it anyway. 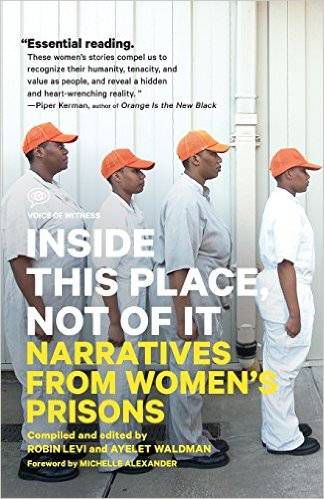 Inside This Place, Not of It: Narratives from Women’s Prisons compiled and edited by Robin Levi and Ayelet Waldman with foreword by Michelle Alexander

Incarcerated people are subjected to all manner of abuse: Physical, sexual, and mental. There’s been documentation of this in men’s prisons but, as you’ll learn in these stories, women often suffer without saying a word. The incarcerated women who wrote these narratives have suffered some of the most inhumane treatment you can imagine, including prison staff unknowingly sterilizing one woman, and another woman who was told she’d tested positive for HIV, who then underwent difficult and invasive treatment for years only to later discover that she’d never been positive at all. 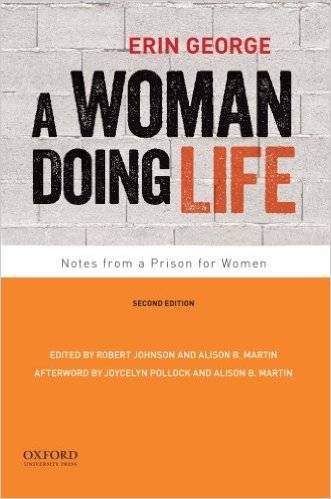 A Woman Doing Life: Notes from a Prison for Women by Erin George

It would be impossible in this day and age to write a piece on the voices of women in prison without referencing Orange is the New Black. By my estimation, A Woman Doing Life: Notes from a Prison for Women by Erin George, who is serving a life sentence at Fluvanna Correction Center for Women in Virginia, is a better option. Written by a formerly-suburban mom, it tells the story of a fish out of water, but with a wider lens that covers more diverse experiences than OITNB. 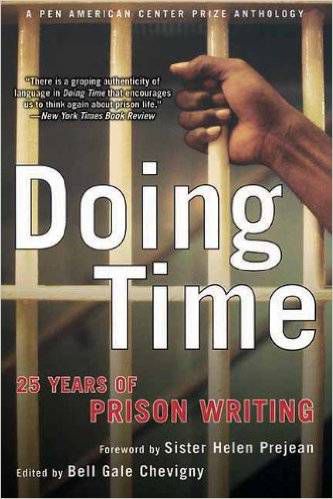 For the last 25+ years, PEN has sponsored a contest for people writing from behind bars. This edition includes essays and stories from a quarter-century, as well as biographies of the women (and men) who contributed. Covering everything from sweet stories about prison friendships, to day-to-day life on death row, this is a glimpse into the lives of people that many Americans never think about.

Life on the Outside: The Prison Odyssey of Elaine Bartlett by Jennifer Gonnerman shows how challenging life is once women are released, Are Prisons Obsolete? by Angela Davis questions the very idea of prisons, and Race to Incarcerate: A Graphic Retelling by Sabrina Jones and Marc Mauer is a graphic novel retelling of Mauer’s Race to Incarcerate.