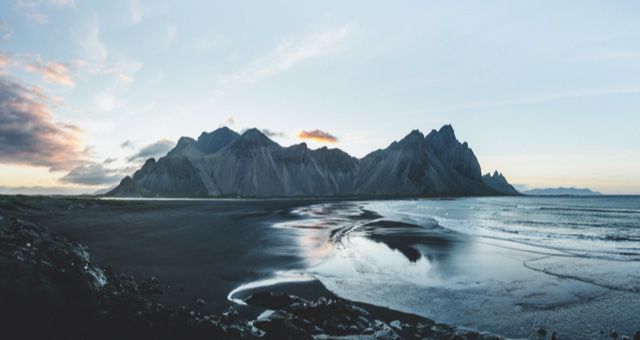 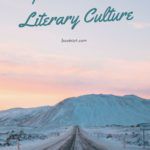 Movement defines the nation of Iceland. Fault lines rumble just beneath the earth’s crust and active volcanoes mold the craggy alien landscape. Powerful storms rip across the island and the surrounding seas with alarming frequency, whipping volcanic stones and ash through the air so quickly they can strip paint off of a car.

Historically, not many people are cut out for a life of continually battling the strongest forces mother earth can muster. Even now, only about 350,000 people live there. This despite being the nation with the longest continually recorded history, with Viking settlement accounts beginning in 874.

The long, insular history transformed Iceland into one of the most literary countries in the world. In 2005 UNESCO added Reykjavík to the Creative Cities Network for its dedication to literature. Iceland also has the most writers per capita, the most books published per capita, and more books read per person than anywhere else in the world. Every autumn, Iceland experiences a Jolabokaflod, or “Christmas Book Flood.” Icelanders rush to buy books for each other to open and read on Christmas Eve.

After centuries of isolation, tourists now flock to Iceland. Why? Perhaps because of the amazing landscape featured in Game of Thrones. Perhaps the fact that over half of Icelanders feel they cannot totally deny the existence of elves. Maybe they just really want to try the hot dogs.

Once your cab driver laughs at you for completely butchering the street your Airbnb is on (just me?), retreat to the best bookish destinations in Iceland.

National and University Library of Iceland

For a broad sweep of Iceland’s contributions to writing, history, and culture, fill your brain at this Scandinavian behemoth. Resembling a bright red IKEA more than a classical house of literature, make no mistake: this giant and distinctive building is Iceland’s literary Mecca.

After 16 years of construction (and nearly 30 years of planning) the library opened in 1994. Boasting 140,000 square feet, the library houses nearly every work written in Iceland, as well as almost every work written about Iceland published elsewhere. It has been the legal deposit for Icelandic music since 1977 (insert Bjork joke).

In addition to their massive archives, the library houses reading rooms for Medieval manuscripts and academic resources that are open to the public, all on the same campus. The National Women’s Archives call the library home, and have rotating exhibits there. I can feel my li’l history major heart fluttering now.

This bookstore has it all: great atmosphere, classic marine architecture, warm coffee, and dogs! A favorite spot of local travel guides, this bookshop has lots of cozy corners to read, relax, and people watch. Right next door to the Reykjavík art museum, get your daily dose of culture without having to walk too much (real talk: there is SO MUCH walking on vacation).

The shop stays open until 10:00 PM, even in the winter. Get your cozy fix after dinner! Always a bridesmaid, never a bride, IÐA Zimsen has been the Reykjavík Grapevine’s runner up for best bookshop several years running. Root for the underdog. Make sure you leave time for a trip to IÐA Zimsen.

“Whoever doesn’t live in poetry cannot survive here on earth.” —Halldór Laxness, Under the Glacier.

Lauded for the, “vivid epic power” of his novels, Halldór Laxness won the first Nobel prize in literature for Iceland in 1955. His works explore the stories of ordinary people and the sagas of their lives. His ability to “stare into the labyrinth of the human soul” gained him much critical acclaim. Laxness spearheaded the revival of epic Icelandic literature, and wrote the first Icelandic modernist novel.

You can visit the house where he lived with his family and worked for over 50 years just outside Reykjavík. If you come in the summer, the Halldór Laxness foundation hosts weekly concerts (everything from Beethoven to experimental Icelandic pop) at the house June–August.

The house has also been perfectly preserved since Laxness died in the late 1990s, and it’s full of art and artifacts from Laxness’s prolific travels. Come for the pillar of Icelandic literature, stay for the stunning, authentic, mid-century Scandinavian furniture.

Once you’ve educated yourself on Icelandic literary culture and loaded yourself down with books, you’ll need a place to read them. In my opinion, there is no place better than Hellisgerdi, or the Little People’s Park in Hafnarfjörður. Situated just south of Reykjavík, giant deposits of volcanic rock enshrine this quaint fishing village. The shadows of the lava formations provide the perfect cover for magical folk.

Part Shire, part Narnia, part Terabithia, this park is a tribute to the Icelandic obsession with elves. Legend has it that the huldufólk (the hidden folk) have lived there for thousands of years (and perhaps still do). Lose yourself in the craggy moss-covered boulders, stairs cut into stone, and fields of wildflowers set beneath elegantly sculpted trees. It is also the world’s northernmost bonsai garden.

Hellisgerdi is the most well-known, but parks and natural areas lie scattered all over Hafnarfjörður. Tuck yourself under a crag and read about vikings, storms, vengeful elf-queens, and other fodder for epic sagas. Whether you do it with coffee or Fjallagrassa (schnapps made from Icelandic moss), hot dogs or Kjötsupa (lamb stew), the best part of experiencing literature in Iceland is to immerse yourself in the landscape that inspired the world’s heartiest appetite for stories.