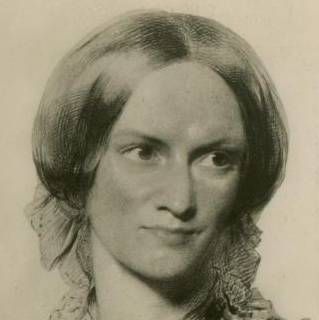 This is a guest post from Patricia Park. Patricia is the author of RE JANE: A Novel, a Korean-American retelling of Bronte’s Jane Eyre set in Queens, Brooklyn, and Seoul (forthcoming with Pamela Dorman Books/Viking, Penguin on May 5). A Queens native, she lives in Brooklyn. Follow her on Twitter @patriciapark718.

As women, we are told our self-worth is tied to our looks, our identities fixed to our roles of daughter, wife, mother. No one knew that more poignantly than Charlotte Brontë—a woman whose plain looks were appraised in the same breath as her poetic genius. As the celebrated author of Jane Eyre—whose “poor, obscure, plain, and little” eponymous Victorian heroine is beloved for her fierce independence—Bronte was described by her literary contemporaries as “diminutive,” “sickly-looking,” “old-fashioned,” “provincial,” and “past thirty and plain.” But perhaps the harshest assessment of the perceived disparity between her brains and beauty comes from her peer William Makepeace Thackeray, author of Vanity Fair: “The poor little woman of genius! the fiery little eager brave tremulous homely-faced creature!…without a penny worth of good looks, thirty years old I should think, buried in the country, and eating up her own heart there.”

Brontë’s Victorian England was one where “the conventional role of woman [was] as goddess of the hearth,” writes Juliet Barker in The Brontes: Wild Genius on the Moors. These conventions were echoed in Brontë’s earliest writings—women always played subservient second-fiddles to the male warriors and womanizers that dominated her texts. Brontë had no female role models to look to, and resources were limited; she came of age at a time when women were denied the privilege of checking out books from the library, and the study of mathematics, Latin, and Greek were solely “the prerogative of the male sex.” Career ambitions had no place in the Victorian female identity. Brontë was painfully reminded of this message when, as a young writer seeking a mentor, she wrote to the poet laureate Robert Southey. His reply: “Literature cannot be the business of a woman’s life, and it ought not to be.” In other words, writing was a man’s work.

Rightfully, Brontë should have had all hopes of literary ambition beaten out of her. She should have taken Southey’s advice to focus on her “proper duties” as a woman. And yet she persisted. Her work matured, flourished; she found herself eschewing her former dominant male heroes for female leads. When she received—and turned down—her first marriage proposal from an eligible bachelor (if a little rigid, St. John Rivers prototype), people must have clucked their tongues with reproach—this was the best chance a plain girl like her would ever get. But Brontë sensed her suitor was merely looking for someone to fill the role of dutiful, subservient wife she could not bring herself to play.  “I could not sit all day long making a grave face before my husband,” she said of her rejected suitor. “I would laugh and satirize and say whatever came into my head first.” She would sooner suffer the “stigma of an old maid” than settle.

At least she was able to cull her real-life experience for literary fodder, and the marriage proposal was folded into the narrative of Jane Eyre. But when it came time to publish her manuscript (a process where she faced yet more rejections), Brontë elected the gender-neutral pen name “Currer Bell.” Still reeling from the sting of Southey’s words on women’s place (or lack thereof) in literature, Brontë wanted her work to stand on its own literary merit, free from the prejudice of the identity—and gender—of its author.

Jane Eyre was an instant success. The novel was heralded as “‘decidedly the best novel of the season.” One reviewer claimed “all the serious novel writers of the day lose in comparison with Currer Bell.” Thackeray, basing his opinion on the work itself and not the appearance of the woman behind it, simultaneously praised the work while echoing society’s limited expectations for female writers: “Who the author can be I can’t guess; if a woman she knows her language better than most ladies do, or has had a classical education.” Brontë’s instincts to mask her sex proved correct—the majority of early praise for Jane Eyre was glowing, judging the work for itself. We have to wonder whether the novel would have been met with the same gushing reception if Charlotte Bronte had chosen to publish under her real name.

The book’s morality was seldom questioned in early reviews. But as more speculations about the identity—and sex—of the author came to light, the public view of Jane Eyre, too, shifted. As Barker writes, the novel, along with those of her sisters Emily and Anne, “displayed all those qualities which polite Victorians most feared—a disregard for social niceties, an obsession (as it was seen then) with violence, cruelty and vice, and a complete lack of that satisfying morality which doled out rewards to the innocent and good and punished those who had done wrong.” Jane Eyre was decried as a blend of “masculine hardness, coarseness, and freedom of expression,” espousing “a total ignorance of the habits of society, a great coarseness of taste, and a heathenish doctrine of religion.” Things were shaping up just as Brontë presaged when she first chose to use a pseudonym: “Authoresses are liable to be looked on with prejudice; we had noticed how critics sometimes use for their chastisement the weapon of personality.”

With the publication of later works, a frustrated Brontë wrote to one critic with the impassioned response, “I wish you did not think me a woman: I wish all reviewers believed ‘Currer Bell’ to be a man—they would be more just to him. You will—I know—keep measuring me by some standard of what you deem becoming to my sex—where I am not what you consider graceful—you will condemn me.”

Still, the literary merits of Jane Eyre could not—cannot—be disputed. Brontë set out to prove how a heroine “as plain and as small as myself” could hold her own against her more traditionally beautiful counterparts, and she succeeded. Almost two hundred years after its publication, it is a work that is still relevant today—continually springing remakes in the forms of movies, plays, and books.

And yet, for all her literary achievements, Brontë could hardly hold her head proudly in society. Plagued with insecurity—a lifetime of being reminded of her plain and provincial looks—she was shy and trembling in company. She once wrote, in her characteristic self-deprecation, “I notice that that after a stranger has once looked at my face, he is careful not to let his eyes wander to that part of the room again!” In short, Brontë could not escape scrutiny from the public gaze—whether literary or aesthetic.

April 21st is the anniversary of Charlotte Brontë’s birthday. It is also around the time of her death shortly before her thirty-ninth birthday; ironically, in the last year of her life she finally came to play the “dutiful roles” of wife and soon-to-be mother she had rejected her whole life. Still, Brontë is to be celebrated as a feminist who challenged the scripted gender roles of her day and carved out advancements for generations of women to follow.

It is frustrating how a woman as accomplished as Charlotte Brontë was often reduced to judgments about her looks, but it’s also hardly surprising. This expectation persists in our culture today, where Hollywood cameras think nothing of panning—leering—up and down a woman’s body (a “privilege” singularly denied to men), where male actors are asked thought-provoking questions about character development while their female counterparts field ones on their “rabbit food” diets (as Scarlett Johansson famously quipped to her Avengers co-star Robert Downey, Jr.). The double standard of gender roles also continues in the realm of the literary, where it is the female and not male authors who are questioned for writing female characters outside the scripts of conventional, “likable” roles. It bears all too familiar echoes to the prejudices Currer Bell “himself” faced two centuries back.

Charlotte Brontë once remarked, “Is there any room for female lawyers, female doctors, female engravers, for more female artists, more authoresses?” If Brontë had come of age today, she would be pleasantly surprised that her wish has come to fruition. But I think she would agree there’s still room for women in these “newfound” professional roles to be treated free of the prejudice that comes with our gender.

Check out our Jane Eyre section of the Book Riot Store! 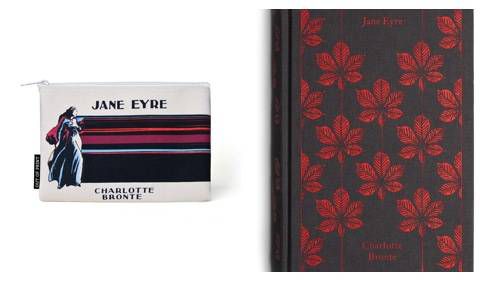