What do you expect in a Sherlock Holmes story? Perhaps two English men, one who is keenly observant, intellectually curious, and disarmingly blunt; the other who falls somewhere between competent partner and fawning assistant, in either case whose main job is to document the adventures of the other? In modern versions the consulting detective is often battling demons of various sorts (drug addiction, compulsive behavior) while still being brilliant and solving crimes. I’m not sure what draws me to this archetype but I turn to it again and again, in print and on screen.

One of the versions I turn to is the BBC series Sherlock. Like many, I had mixed reactions to the most recent series (season) of the show. I wondered how else the story might have gone and began searching for other versions of the characters Sir Arthur Conan Doyle created. Stories that reflected and explored the diverse experiences of humanity in some way were especially intriguing to me. I didn’t have to look far. While reorganizing my unread pile I found half-a-dozen books that reimagined Doyle’s characters and decided to embark on a Sherlock Holmes themed month (or so) of reading. Three of the books were young adult novels. Four were set in the Victorian era, while the other two were set in contemporary times. 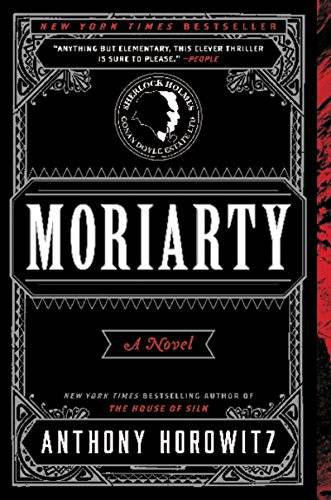 Without intending it, my Holmes themed reading journey began with two books in which Sherlock Holmes is largely absent. The first was Moriarty by Anthony Horowitz. Instead of Holmes and Watson we get Inspector Athelney Jones of Scotland Yard and Pinkerton detective Frederick Chase. Both have traveled to Reichenbach Falls to find out if Sherlock and Moriarty really perished as reported. Chase warns Jones that a notorious American criminal gang is now aiming to set up shop in London. With Chase’s assistance, Jones channels his inner Sherlock and tries to stop them. Notwithstanding the absence of Sherlock and John, Moriarty was pretty close in tone to the original source. This isn’t surprising given that Horowitz was officially authorized by the Conan Doyle estate to write sequels. It was good but it didn’t break any new ground. 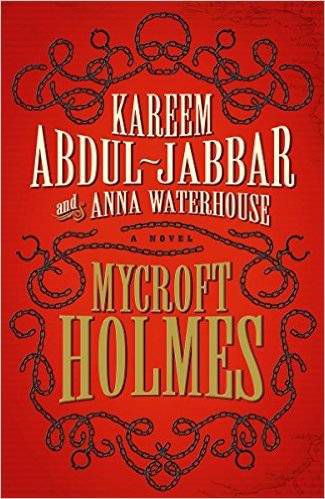 As an African-American woman I am not surprised when I don’t see people who look like me in historical fiction, but it can still be disheartening. That is one reason why Mycroft by Kareem Abdul-Jabbar and Anna Waterhouse was such a refreshing and interesting read. While Sherlock is still honing his skills at university, Mycroft and his friend Douglas take on the task of figuring out why children are disappearing in Douglas’s homeland of Trinidad. Douglas is a Black man in London who owns his own business, all be it with a bit of subterfuge to disguise that fact. And he doesn’t just document Mycroft’s mystery solving. Douglas’s help is instrumental in solving the mystery. This broke new ground. 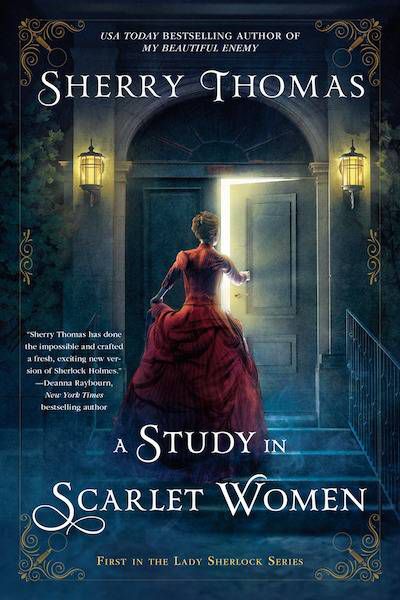 The gender-flipped A Study in Scarlet Women by Sherry Thomas was hands down my favorite of the books I read. Charlotte Holmes is beyond brilliant but because of her gender her brilliance goes unnoticed, or if it is noticed, is unappreciated by most. Eventually Charlotte adopts the persona of Sherlock and begins her career as a consulting detective. In the course of her adventures she meets Mrs. John Watson, whose assistance enables Charlotte to take her consulting business even further.

I love a book that entertains me and makes me think. A Study in Scarlet Women got me thinking about gender and sexual politics and power imbalances. Most of couplings in the book are unhappy, forced, or otherwise result in some sort of misfortune: an unplanned pregnancy, social and financial ruin, hopelessly mismatched husband and wives. Not surprisingly it is usually the women, though not always, who suffer the brunt of these couplings. Charlotte is determined to avoid this fate. The mystery itself involves an imbalance of power. Further, it reimagines Doyle’s A Study in Scarlet, which itself involves an unwanted marriage.

There was just so much to love about A Study in Scarlet Women. Thomas took two familiar characters, changed a couple details, but kept the most important ones, and created a new story that pays homage to an old one. It managed to be modern while still fitting its Victorian setting. Thankfully this is the first in a new series so there will be more to look forward to. 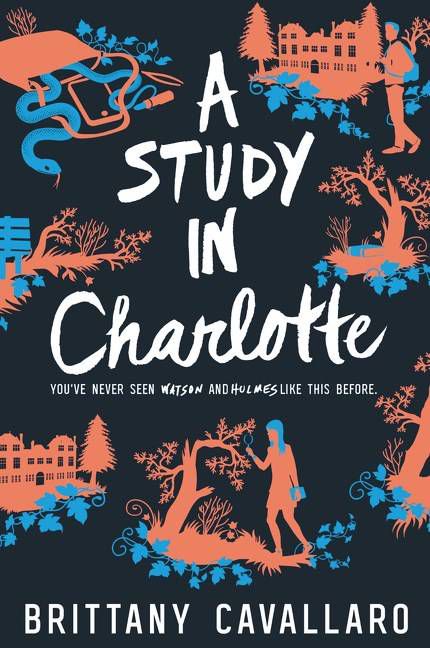 All of the young adult versions of Holmes featured a male-female combination of detectives. In A Study in Charlotte we get a female Charlotte Holmes and a male James “Jamie” Watson. In Lock & Mori we get a male Sherlock “Lock” Holmes and a female James “Mori” Moriarty. Charlotte and Jamie are English teenagers attending boarding school in Connecticut. Lock and Mori are English teenagers attending school in London.

The conceit in Brittany Cavallaro’s A Study in Charlotte is that Holmes, Watson, and Moriarty were all real people. Many decades later the descendants of Sherlock, John, and James keep their distance from one another, with a few exceptions. Then Charlotte Holmes and Jamie Moriarty end up at the same American boarding school. People start getting attacked, curiously in ways described in the stories Watson wrote long ago. In between deadly attacks, romance blooms. Frankly that is what stood out most. Instant love, unrequited love, first love, and angry love all play heavily in A Study in Charlotte. 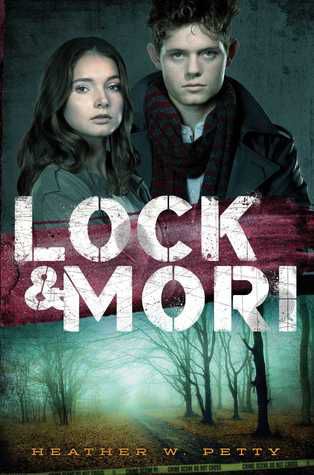 While John Watson makes a brief appearance, the crime-solving duo in Heather W. Petty’s Lock & Mori is a young Sherlock and his future archnemesis. Lock initiates their partnership by suggesting that he and Mori play a game to see who can solve a recent murder in Regent’s Park first. For Mori solving the murder quickly becomes more than a game.

What was most interesting about Lock & Mori was the idea of it being a prequel. Sherlock and Moriarty do share a lot of interests and personality quirks. It makes sense that they could have been friends, which then raises the question, what would turn them into enemies? That is a take on the Sherlock Holmes story that I personally haven’t read before and for that reason alone, I was in. 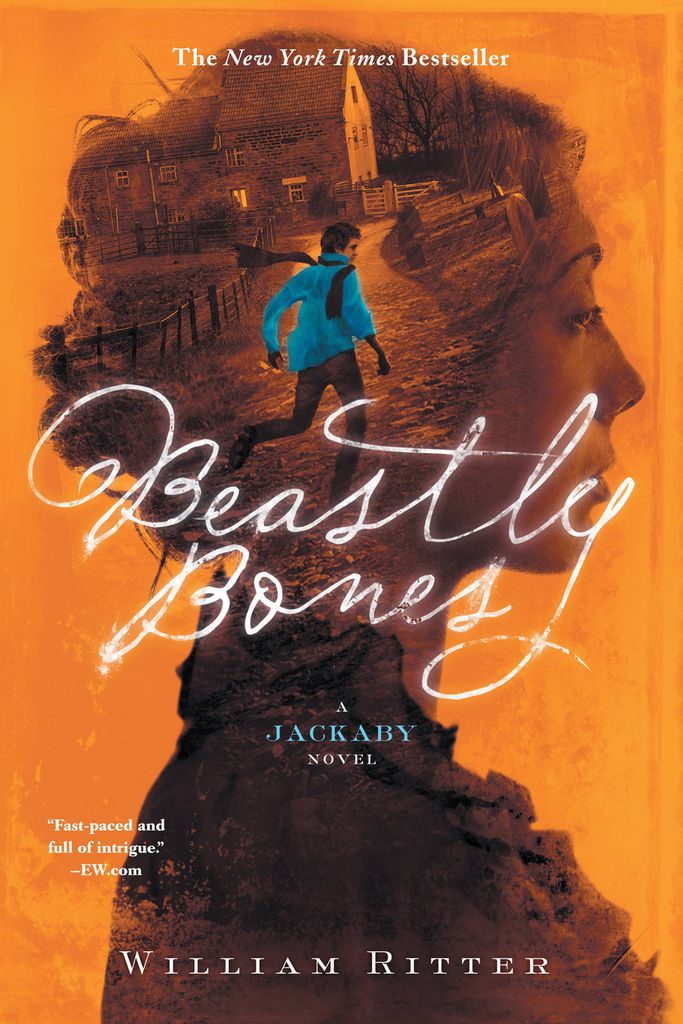 Of the six re-imagined versions of Sherlock Holmes books I read over these last weeks, the most unique was Beastly Bones by William Ritter. It is a young adult, fantasy version of the famous detective. Jackaby, the Holmes-like detective, has a gift for detecting the unexplained and the extraordinary. His Watson is Abigail Rook. She is the star of this series. Jackaby may be the detective everyone seeks out, but Abigail is gifted in her own right. She notices the ordinary but important details Jackaby often misses. She also has her own concerns that don’t simply serve to further Jackaby’s storyline. In this way Jackaby and Abigail felt equal in a way that other Sherlock and Watson pairings do not.

These are only a few of the many versions of Holmes and Watson. What’s your favorite reimagined version of Doyle’s detectives?