My view of self-publishing changed during this time and I picked up a paperback of Wool sometime later. I was not disappointed. Turns out that this self-published author can really throw a story together. It doesn’t hurt that he’s a really nice guy.

I recently had a chance to ask Mr. Howey a few questions and we exchanged emails, where he answered everything I wanted to know about his favorite books.

1. What book, or books, are you reading right now and how did you come to choose those books. 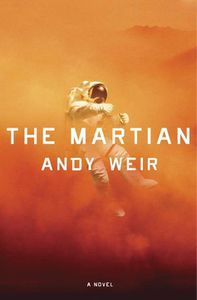 I just finished THE MARTIAN by Andy Weir. One of the best books I’ve ever read. It started off self-published, but got picked up by Random House. This book is going to be HUGE. I found it as I find most books these days: it appeared in my mailbox. I get a lot of blurb requests, so much so that I can’t possibly read them all.

Sure. Jason Gurley and Colin Taber are two indies that I think are far too talented to remain obscure for much longer. Both are doing well already, but I think they have a lot to offer even more readers.

3. Authors Dan Simmons and Stephen King have different philosophies when it comes to reading choices. King says “Read everything, from classics to trash” (paraphrasing) while Simmons says that writers should read only the very best writing; Tolstoy, Dickens and le Guin. Which side do you fall on?

I would agree with both. I’m able to do this because I think I would classify a lot of what Simmons would deem “trash” to be classics. Writing is about two things: plot and prose. We are storytellers. The plot is the story bit. The prose is the telling bit. Of the two, the story is far more important. You can tell a great story poorly, and people will gobble it up. This leads to what Simmons might call “trash” that sells very, very well. On the other hand, you can have the finest prose in existence and no story, and no one will read it. Some “classics” fall into this category. I think it serves writers well to study the story and the telling and try to improve at both.

4. What books inspired the Silo Saga series? Was there any single book that made you want to become a writer?

I think this series came more from current events and from watching the world around me than they came from other books. WOOL started off as an investigation of what 24-hour news does to our hope for humanity and our view of the world beyond our immediate horizon. It grew into a story about the need to spend fewer resources blowing each other up and more resources exploring other worlds. As for what got me into writing, ENDER’S GAME and https://store.kobobooks.com/en-US/ebook/the-hitchhiker-s-guide-to-the-galaxy-3 were early reads that made me aspire to create stories of my own.

5. Do you consciously choose to read self-published books over traditionally published ones?

I don’t. I read whatever my friends tell me I “must” read. More and more, those are becoming a mix of self and traditionally published books. Word of mouth is everything, however you publish. And nobody can control word of mouth, which is why publishing is becoming more and more egalitarian.

6. Do you have any favorite “classics”? Do you think Dickens and Austen are still relevant in this age of Kindle singles and self-publishing?

Absolutely! Dickens would be publishing in the Kindle Serials program if he was around today. He would totally eat this up. As for favorite classics, I like the old adventure stories. GULLIVER’S TRAVELS, TREASURE ISLAND, THE COUNT OF MONTE CRISTO. And of course, anything Shakespeare. There’s no better way to limber up in the morning than by reading a few sonnets.

7. You have opened the Silo Saga series up to Amazon’s Kindle World’s fan fiction program. Was that an easy decision to make?

Absolutely. I was already allowing fan fiction to be sold before the Kindle World’s program was announced. If other writers want to explore my stories, I’m humbled and honored. If they can use their great writing to draw my readership over to their other works, I think that’s the best outcome possible. I’ve had a lot of help from more established authors along the way. When I asked them what I could ever do in return, the most common response was to help the next person. I truly believe that we are all in this together, as artists. We aren’t competitors. None of us can write swiftly enough for that to be true.

8. You have the power to choose three books that everyone on earth has to read. What books do you choose?

THE BLANK SLATE by Steven Pinker, THE EVOLUTION OF COOPERATION by Axelrod, and WHAT TECHNOLOGY WANTS by Kevin Kelly. 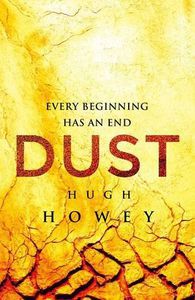 9. Dust is out, the conclusion to the Silo Saga. What should readers expect, and was it hard to end a series that is so immensely popular?

It was very satisfying to end the series. It felt like the ultimate in closure. I think readers should expect the unexpected. But if they’ve gotten this far, they already know that. 🙂