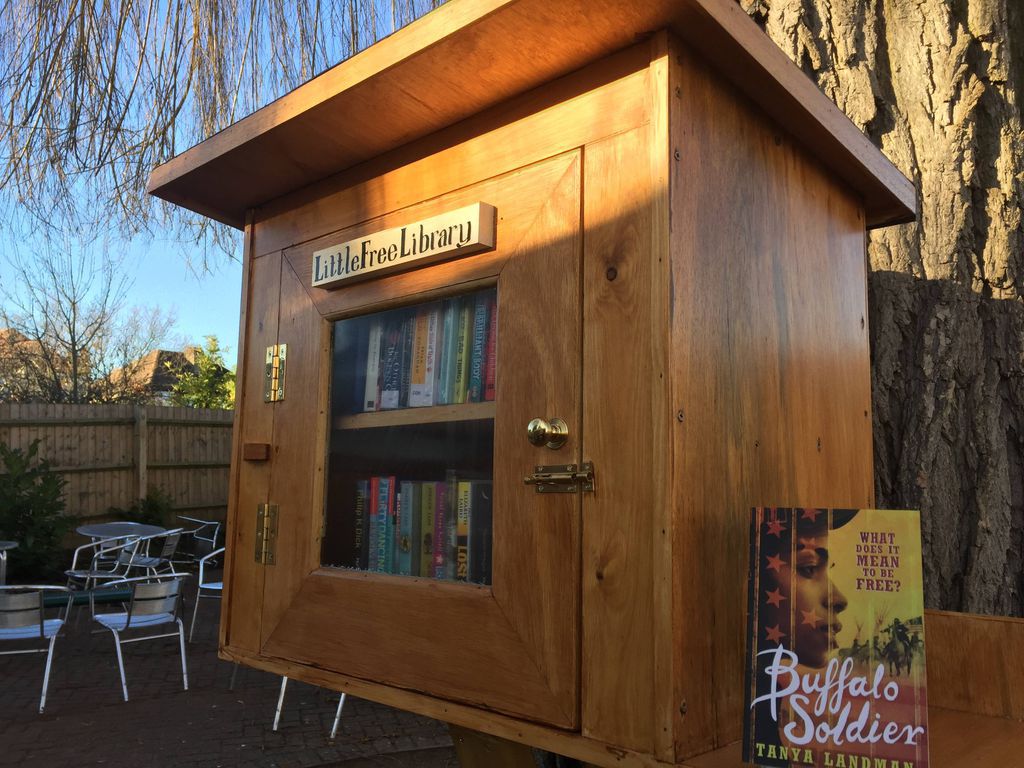 Since I started working in a school library here in the UK four years ago, I wanted a Little Free Library.

I’d heard of them sprouting up around my home province of Nova Scotia, Canada and thought they were the coolest thing I’d seen in a long time.

I reached out to a local charity that was offering to build and install them for schools here in the UK. It was perfect, I had the right spot, the money put aside and approval from upper management. Everything was set to go.

And then I got an apologetic email saying that the charity had folded. 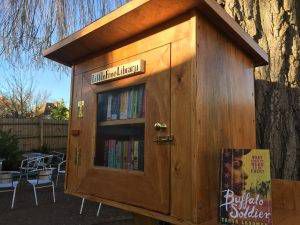 There would be no Little Free Library. I was disappointed, embarrassed and somewhat bitter about it.

As a consolation prize, the charity sent me plans on how to build my own Library. I poured over the plans, hoping I could muster the courage to give it a try. I’m not completely useless with woodworking tools, but I wasn’t so confident that I was going to try to construct it on my own.

I needed help. Help in the form of a retired Canadian with a passion for carpentry. AKA, my father.

As chance would have it, he was coming to visit me for Christmas this year. I told him about the idea before he left and he thought it would be a good challenge.

And a challenge it was. 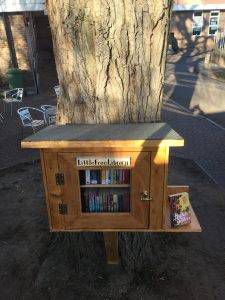 My dad is somewhat of a perfectionist, he likes to do things his own way, and he usually likes to do them on his own. This can make “bonding” in the traditional sense a little difficult.

When I was young he built an old car from the ground up. I have strong memories of watching him build it, CCR blaring from the speakers, my dad tearing pieces of metal apart with what seemed like his bare hands. Me, standing on the sidelines, quiet, not taking part. When it was done it was absolutely perfect but I knew I hadn’t really helped with it.

This was the trend that would continue, him working on projects, me not really helping with it.

I was hoping this time would be different.

We started off making a plan, sitting down at the kitchen table and working out the dimensions, what would work and what wouldn’t. 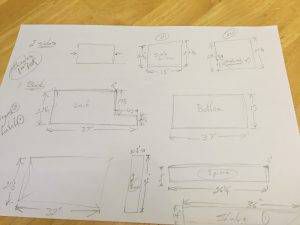 I provided photographic evidence of the tree I wanted the Library to be attached to and the area I wanted it located in.

He and I then went to the hardware / lumber shop. Scratch that, we went there several times after we discovered we’d forgotten something crucial to the construction of the Little Free Library.

At first, I was paranoid that these trips would be stress-inducing, marred with awkward silence and useless remarks about the unseasonably dry winter we’d been having in the UK.

It turned out to be the exact opposite. We joked around, we talked about the Library, we made light of the small mistakes we’d made in building it. We had fun. 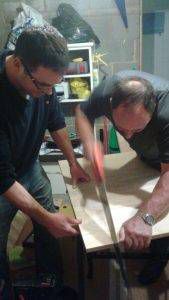 Yes he still took over from time to time. Yes, he still demanded perfection in the construction of the Library but it never once translated into anything negative.

We worked together and we built something good for the students of the school I work at. I only feel bad that those same students won’t know how much work he put into it and how much fun it was.

Installing it at the school was by far the best part. The site staff came over to chat to me and my dad about Canada and the Library and we all took part in installing it. I loved every minute of it.

And when it was done we did what good builders do, we walked over to the pub and had a burger and a beer and toasted each other to doing something worthwhile for the students I serve.

And for both of us. 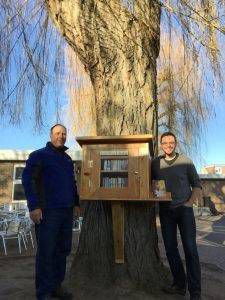