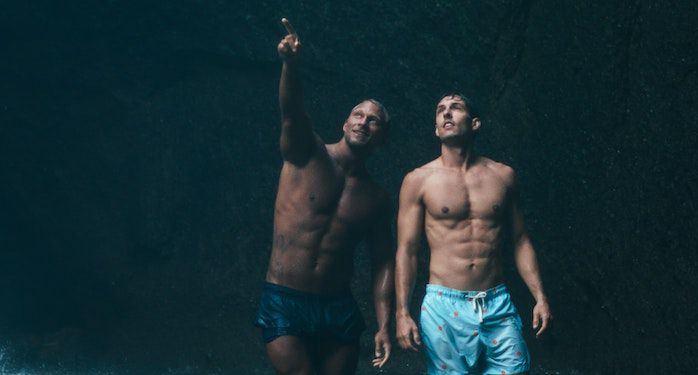 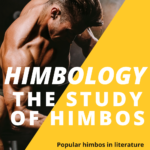 My husband and I have been watching ITV’s Poirot series over the past year because a) there are few things more comforting than a cozy mystery in un-comforting times, and b) it’s got everything: clever mysteries, lovable characters, and fairly low tension if you’ve already read the books.

“I love Captain Hastings,” he said after one episode where Hastings momentarily forgets how mirrors work. “He’s so sweet, but so dumb sometimes.”

My husband tilted his head to the side. “What’s a himbo?”

If you’re in the same boat as my husband (or just want a quick explainer on himbos), then I’m here to provide you with a hopefully comprehensive guide to himbos — himbology, if you will. Once you know more about this trope, you’ll be delighted as you spot and possibly relate to (if you are, like me, not gifted in the way of intelligence) in your favorite books.

What is a Himbo? The Three Defining Traits

Himbos are defined here as male characters who share three important traits: they are kind, they are not very bright, and they are seen as handsome by other characters in some way. Let’s go over the three traits in greater depth.

First, himbos are not very bright. They talk and act in ways that make other people say “Why in the world would you think that’s a good idea?” or “Wow, I didn’t know there was even one person in the world who didn’t understand that.” It’s important not to confuse these silly behaviors with what a chaotic character would do. Chaotic characters do strange things because they’re wild or nonconforming. Himbos do these things because they’re a little airheaded.

Second, himbos are kind. Kindness is, in my opinion, the most important trait of the three. Without that kindness as a secret sauce, you’ve just got an ignorant jerk. And why would you care enough about ignorant jerks to bring them into it? Himbos wouldn’t be nearly as lovable if those were included. And anyways, their emotional maturity is usually what compensates for a himbo’s lack of intelligence.

“What about Zaphod Beeblebrox?” said my husband while listening to The Hitchhiker’s Guide to the Galaxy shortly after I introduced him to the himbo trope. “Is he a himbo?”

“Absolutely not,” I said. “He acts stupid most of the time but think about how often he’s kind. It’s rare. He’s chaotic, if anything, but not a himbo.”

And third, himbos are often seen as handsome by other characters and often — though I would argue not always, which can be a polarizing belief — muscular. Some will say the beefiness is just as important to kindness for himbo characters, and I won’t argue with them (who has the energy for arguing over things like that these days?). But I think that while usually himbos are romantically pursued by others for their looks and kindness, this term is flexible enough that the “sweet” and “absentminded” are more important than working out a lot per se.

Need a quick poster boy for himbos? Think Kronk from Disney’s The Emperor’s New Groove. Kronk is socially adept, an excellent cook, and very strong. But he has a much higher emotional IQ than he does brain smarts. I mean, he didn’t even question working with Yzma and seems to consider her a good friend until she directly insulted his spinach puffs. Think of it this way: he (and most himbos) would, if they were Dungeon and Dragons characters, have high strength and possibly good charisma but low intelligence.

Now you know a little about what himbos are, but if I learned anything from the college degree I BSed through, it’s that examples are often more helpful than abstract definitions. Let’s go through a few certifiable himbos to help you see what this trope looks like in action.

Additionally, if you already are a fan of himbos, you may want to check out a few of these novels if you haven’t already.

Mr. Bingley is one of the nicest characters and his emotional IQ is way up there, but he’s not as quick-witted as his friend Mr. Darcy. He is, as noted by a few other Rioters, one of the earlier examples of a himbo written in a novel.

Bertie Wooster (from the Jeeves stories by P.G. Wodehouse)

Oh my gosh, what a trademark himbo. His whole existence revolves around making a series of well-meaning but unfortunate mistakes, which his intelligent valet Jeeves must then help him resolve. He is proof that comedy is really the genre where himbos hit their stride.

This could be controversial, because Aziraphale is very book smart, but stay with me. Aziraphale is an “absentminded professor” style of himbo in that while he is academically gifted, his practical intelligence often isn’t there. He and Crowley attempt to end the apocalypse, but mostly they just go to restaurants and make mistakes while others like Anathema do the more effective work.

Lupin III (from the Lupin III manga by Monkey Punch)

Although based on the gentleman thief by Maurice Leblanc, Lupin III is a little less serious than his fictional grandfather. He can come off as incredibly stupid but, due to his street smarts and knack for detail, also pulls off clever — though silly enough to sometimes be played up for laughs — heists.

Nikolas Cristou (Sweet on the Greek by Talia Hibbert)

Ah, romance: another genre where lovable himbos are everywhere. Nik is a very by-the-book himbo. He’s a footballer who’s more brawny than brainy but cares about treating people right. His fake dating plans go awry, as himbo plans tend to do, when he can’t help but fall hard for his pretend girlfriend.

Unlike Aziraphale listed above, Darian is not at all books smart. He is also fairly self-aware that conventional intelligence is not his strength. But he is very compassionate, especially to his love interest, and has a knack for connecting with people and making them laugh.

There you go — if the term “himbo” has confused you in the past, you now know what they are and a few places to find them!