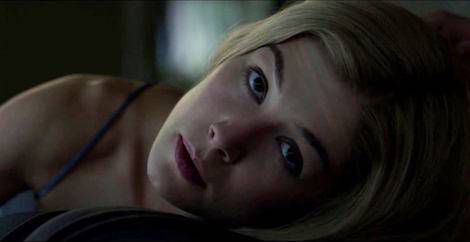 This is a guest post from Alexandra Sirowy. Alexandra writes thrillers for young adults. She is the author of The Telling and The Creeping. She grew up in California and Rhode Island, attended a women’s college as an undergraduate, and earned her graduate degree in political science. When Alexandra isn’t writing, she’s likely traveling, drinking coffee, listening to music, and eating delicious food. She lives in California with her husband and their dog. To learn more about Alexandra and her books, visit alexandrasirowy.com. Follow her on Twitter at @AlexandraSirowy.

During the height of the Gone Girl craze, a family member and I had an exchange that sticks with me and that I turn over in my mind each time I finish writing a book.

I ask, “What did you think?” (Imagine me probably wagging like a dog’s tail that Gillian Flynn has been brought up at the table.)

Family member replies, “I didn’t like it. There was nothing redeeming about Amy.” (Amy, if you don’t know, is the book’s anti-heroine.)

And I say, “Really? Amy was extremely bright, creative, and determined. She was an awesome, disturbing, crazy force to be reckoned with.”

And family member says, “Well, yeah, but she wasn’t nice.”

I couldn’t understand why Amy’s unkindness, arguably equal to her husband’s, was what had left a lasting impression. Why had it prevented this avid reader from enjoying a taut, suspenseful, mind-screw of a thriller? Gone Girl wasn’t a book about niceness nor did it claim to be one. Was it Amy’s gender that lead my family member to expect niceness and was it her perception of what women should be that prevented her from enjoying Amy’s caper?

I heard this family member’s critique of a book, as a critique of a woman, within a broader discourse. Society judges women and girls by different standards than it uses for men and boys, often by whether or not they are nice or likable.

Enter the anti-hero. Much has been written regarding the male anti-hero, you might even love Jay Gatsby, Don Draper, Ray Donovan, or Tony Soprano yourself – I do. They’re tortured, complex men who have vices galore and want to be good but just can’t seem to be because of circumstances. Many a writer has begged the question of why society doesn’t celebrate the female anti-hero with the same enthusiasm. Amy Dunne of Gone Girl or Lisbeth Salander of Girl With the Dragon Tattoo have followings, but they don’t compare with the cult of Draper.

This is a darn shame because I am of the opinion that female anti-heroes are necessary if male privilege and patriarchy are to be upended.

I write young adult thrillers. In my work, I focus on developing female characters who are flawed, gritty, brave, sharp, funny, creative, and spunky. These are the girls who won’t adhere quietly to a sexist dress-code or listen when they’re told how girls are supposed to act or put up with being blamed for distracting the boys who “just can’t help themselves.” They’re true to their own hearts, listen to their own voices, thirst for knowledge and experience, and sometimes step on toes doing all of the above. They’ve got agency over their minds, bodies, and spirits. They may make mistakes, put their foot in their mouth, and hurt feelings, but they’ll do so while on their journey to define themselves.

You can challenge the apparatus of patriarchy in infinite contexts on the page. In The Telling, 17-year-old Lana hunts a killer through the woods, refuses to be cast as a victim, becomes the vengeful hero of her imagination, confronts how gender skews the way her behavior is perceived by peers and adults, takes ownership of her myriad of flaws, and fights for survival. You may not approve of the secrets Lana is guarding, but I hope you root for her.

And maybe, readers will not just be entertained but also provoked to think about the systems of gender inequality that surround us. Perhaps by seeing girls cast as imperfect heroes, struggling with moral and physical courage in the heightened reality of a thriller novel, readers will consider how courage manifests in their own lives.

The point is to provide readers of both sexes with representations of girls and women that are fully realized people, not hypersexualized props with lines limited to crushes and nail polish, or demeanors only of the sugary sweet variety, little Stepford wives in training. Girls as heroes, anti-heroes, and villains.

My books are far from alone. The female anti-hero is increasingly present in young adult literature. And while society grapples with whether or not to root for these characters, to avoid judging girls with skewed standards, I’ll just be writing girls and women you may not always think are nice – which is fine, because they’re too busy challenging the patriarchy to care what anyone thinks about them anyway.