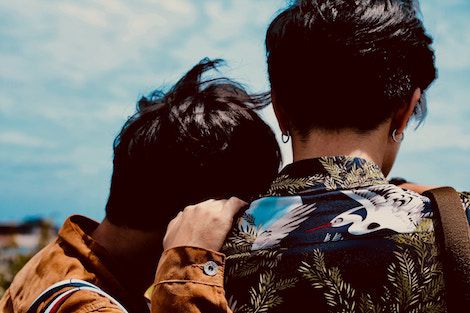 I recently encountered an ancient, disintegrating pamphlet that had been made by some enterprising lesbian, untold decades ago. In it, she had listed every book she could find with lesbian content. The whole thing was typed with what had to have been the world’s smallest typewriter, lines crunched together, pages filled with seemingly indecipherable chunks of black text. The best part of this whole thing, though, was the grading system: she had rated each entry by how much and how positive the lesbian content was. I found myself wishing for a similar cipher to navigate the maelstrom of LGBT books that swirls around us now. 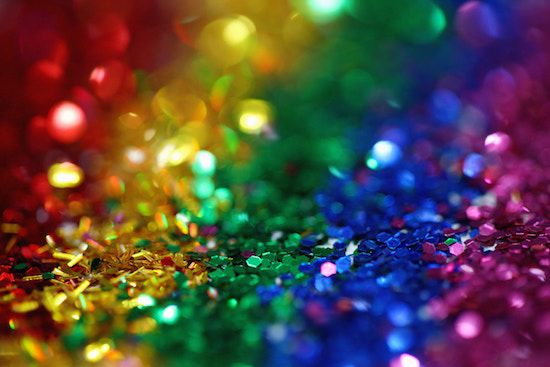 Most lovers of LGBT content are probably familiar with the “bury your gays” trope. For those of you who aren’t, the basic concept is that of gay characters not being given happy endings, likely through death. It has also been referred to as “dead lesbian syndrome.” These tropes perpetuate the idea of LGBT lives being tragic and essentially doomed—and books are not impervious to their use. Lesbian pulp fiction of the ’50s and ’60s frequently portrayed lesbians as evil or underhanded in some way, a threat to happy heterosexuals and a normal way of life. There are the infamous “bury your gays” examples like Annie Proulx’s story Brokeback Mountain, from Close Range: Wyoming Stories. More recently, YA fantasy The Belles caused a bit of a buzz on YA twitter over its treatment of WLW characters.

I’m bringing up these examples because I wonder how they would be rated according to the pamphlet-maker’s system. Was she marking by quantity of representation, or quality? And even more, is the latter criteria negated by the exploration of hardship?

What comes to mind are two different works: Angels in America, the epic play by Tony Kushner, and Holding the Man, a classic Australian memoir by Timothy Conigrave. Both narratives deal with the experience of living with AIDS, and explore the impact of that on individuals and communities. Importantly, both feature real-life people. Despite their dealings with death and illness, though—or perhaps because of —both carry a thread of defiant hope. They are not inherently tragic, because realism is not inherently tragic.

Maybe what sets these two works apart from others in my mind is the element of expectation: in approaching a story about HIV/AIDS, illness and death are relevant themes. In a similar vein, when we pick up Adam Silvera’s provocatively-named They Both Die at the End, we are warned in Shakespearian fashion of exactly how the story will play out. On the other hand, maybe the demarcation comes from the source of the material—these are Own Voices stories, written from a place of authenticity and experience.

An increasingly frequent catch-cry in internet realms is that queer characters deserve happy beginnings, middles, and ends. I’m not about to dispute this. I often contemplate the ways queer identity and happiness are intertwined, be it through the heterosexual insistence that our lives are sad and difficult, or through our own redefinition of what happiness is outside of the expectations of heterosexual existence. It’s what Sarah Ahmed writes about in The Promise of Happiness, and what I think of every time I happen across a book in which a queer character gets their happily ever after. When our definitions of what happiness is are so personal, though, the category of a happy book becomes mutable and indistinct. But it also shouldn’t be that sadness—heck, even despair—is seen as a damaging or unworthy subject for queer writing.

I’m reminded of a part in Less by Andrew Sean Greer which had me chuckling out loud—“It’s not that you’re a bad writer,” a friend tells the eponymous Arthur Less, “it’s that you’re a bad gay…It is our duty to show something beautiful from our world. The gay world. But in your books, you make the characters suffer without reward. If I didn’t know better, I’d think you were Republican.”

It’s a funny moment, for sure, but it also rings of something which was said, in some shape or form, to Greer himself. That concept makes the laughter a little bitter, for me. The face of queer literature has changed immeasurably since that vintage lesbian wrote her pamphlet. I would say we’re no longer scrounging for representation. There is even enough of it that we can afford to be critical of what we read, and seek out only those books which are slated to satisfy us. Satisfaction doesn’t necessarily come from happiness, especially when a complex and harrowing story has its roots in authentic personal narratives.

We now have books to fill umpteen pamphlets, and then some—they may be difficult to find on occasion, but the books are out there. With the internet and a stack of dedicated queer lit blogs, we don’t so much have the need for a pocket guide any more. I don’t think we have the need for a rating system either. For those of us seeking happy endings signposted by rainbows, the books are out there, just waiting to have their spines cracked. That shouldn’t invalidate stories that cover more upsetting topics, though. To any queer writers out there wanting to write about the difficult and the dark, but wondering if the current face of queer literature has a place for them, I have only one thing to say: someone, somewhere, will need to hear what you have to say. Say it.