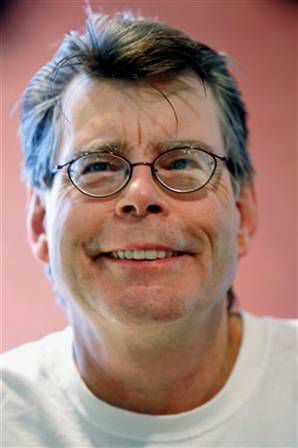 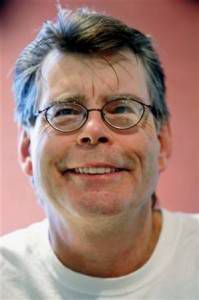 Stephen King’s birthday is September 21st (that’s right, every single year), and to celebrate we’ve combed the depths of the interwebs to bring you some groovy King-centric stuff. Enjoy! And maybe make a little honorary birthday cupcake for the King of Horror. But, you know, use red food coloring so it looks like blood. He would want it that way.

The King Long Read
This intrepid blogger is reading all of King’s works, in chronological order of publicationdate. Right now he’s on Nightmares and Dreamscapes.

Unusual Suspects Newsletter
Sign up to Unusual Suspects to receive news and recommendations for mystery/thriller readers.
Thank you for signing up! Keep an eye on your inbox.
By signing up you agree to our terms of use
A year-long readalong of your choice of Stephen King books. It ends in December, so you still have time to join (or just read previous entries and reviews to figure out which King book to read next!).

The Collector
A resource for finding limited edition copies of King’s books.

The Stephen King Official Message Board


For when you’re in the mood to chat about all things King-related with other fans.

Lilja’s Library
Probably the biggest, most well-organized King fan-site in existence. Go here for King news, info on King comics, movies, screenplays, art, and a podcast! There’s a King podcast! This is nifty.

TheDarkTower.org
A fan-site for anything and everything related to King’s Dark Tower series.