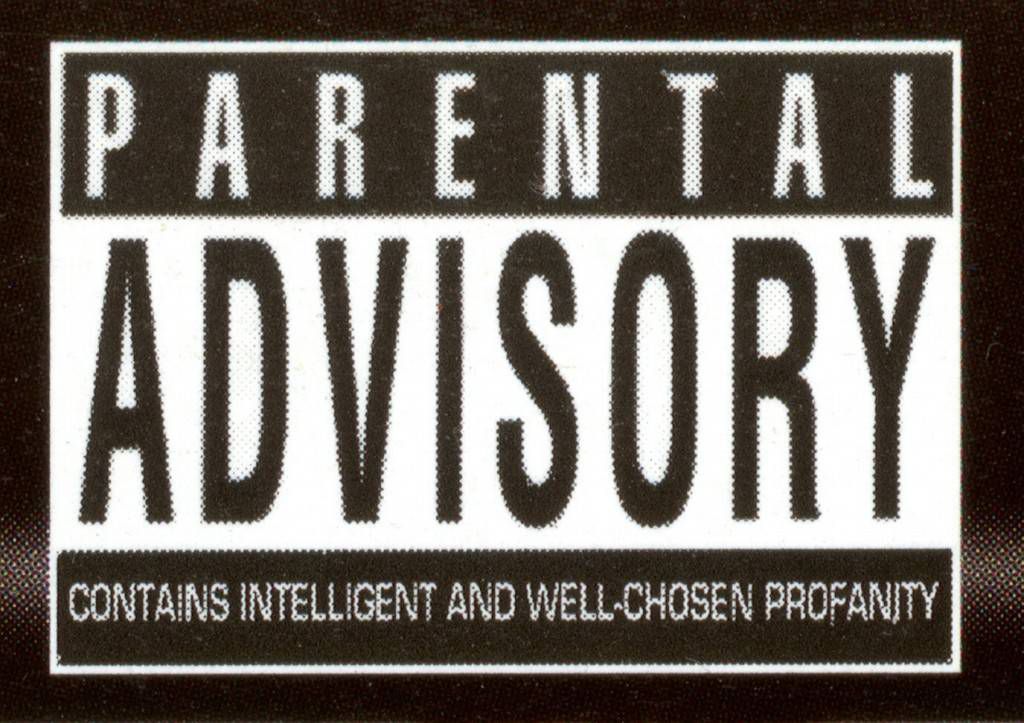 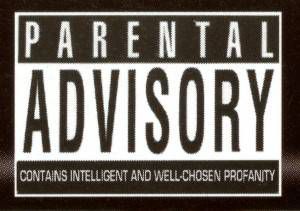 The sign of any great book is that it has been banned for its corrupting influence on youth. The Great Gatsby is indeed great, having been banned—or “challenged”—over the years, most recently, according to the American Library Association, by South Carolina’s Baptist College in 1987 for “language and sexual references.” Okay, fine, so ole F. Scott’s novel might have the power to turn unguarded adolescents to the alluring, 1920s-era bootlegger lifestyle, and its cautionary tale might well be lost on anyone who reads it without a basic comprehension of caution.

But language? There are a bunch of “damns,” a few “hells,” and the occasional “son-of-a-bitch.” But even if you run it through an x-ray machine, you won’t find a single F-bomb. The worst is left to the imagination, an unquoted “obscene word, scrawled by some boy” that Nick Carraway wipes from the steps of Gatsby’s mansion.

Fortunately—in my opinion—the ironclad aversion to so-called vulgar words in print has softened. Even on the (once) pristine pages of The New Yorker, four-letter words may flow freely, according to a friggin’ fantastic post this week by longtime copy editor Mary Norris. She recounts how the days when titans such as Wallace Shawn and Bob Gottlieb refused to let a single “shit” slip have given way to the printing, verbatim, of hard-core rapper’s tweets, and she has evolved with the times:

It no longer occurs to me to query the use of four-letter words, even when they are used gratuitously, as in “I missed the fucking bus.” I used to be a prude, but now I am a ruined woman. We had a discussion in the copy department a few weeks ago about how to style the euphemism: Shall it be “f”-word, f word, f-word, “F” word, F word, or F-word? I don’t like any of them. Fuck euphemisms. Get on the goddam fucking bus.

As an editor myself, my first response to this is not shock or resignation or even satisfaction; rather, it’s “is that really the proper spelling for ‘goddam?’”

However, regardless of growing acceptance, the debate continues as to when and whether such words should be used—and perhaps it always will, since (in my opinion) the choice of any words in writing should be open for discussion.

Some taboos do largely remain—for example, I see no value in filling prose with profanities when it is aimed at, say, very small children. That said, it certainly works in books about children. Last year, as a response to the money-spinning popularity of Adam Mansbach’s Go The Fuck To Sleep, New York magazine’s Kathryn Schulz wrote “An Ode to Using Profanity in Literature.” She notes that the controversy over when to curse in print goes back at least to Shakespeare, and quotes Cole Porter, who mock-lamented the profanity of writers in 1934 (nine years after Gatsby was published): “Good authors, too, who once knew better words / Now only use four-letter words writing prose / Anything goes!” And my favorite passage in the entire article, though merely a detail, is this: “I live in New York, which surely deserves the prize for most foulmouthed city in the nation. (You Chicagoans can go fuck yourselves.)”

However, the thrust of her argument that follows is one of the best made I found in my searching on this topic, and one with which I feel a sense of solidarity:

But do we need […] a justification, beyond the one a writer might mount for any word—i.e., that it works? There is, after all, no such thing as an intrinsically bad, boring, or lazy word. There is only how it is deployed, and one of the pleasures of profanity is how diversely you can deploy it.

Writers don’t use expletives out of laziness or the puerile desire to shock or because we mislaid the thesaurus. We use them because, sometimes, the four-letter word is the better word—indeed, the best one.

Her last paragraph, I would elaborate, applies to good writers and good writing. Laziness and puerile desire to shock is a hallmark of bad writing—no matter which words are being used.

Aside from the arguments that literature is, among many other things, supposed to take readers to a place outside their comfort zone, while at the same time allowing them to identify via its “realism,” it’s okay to recognize that there might be some rules when it comes to how to use words some might see as indecent. After all, how we use words is what gives them—or removes—their power in the first place.

But it’s okay to break those rules, if you know what they are and why, in the pursuit of better writing (and reading), you are breaking them. The results might be better than good—they could be fucking great.